Yahoo News aggregated a highly misleading article with fake news, raising the question of how the company ended up treating a fake news purveyor as a legitimate news source.

On July 5, Yahoo News aggregated an article on its website from Conservative Daily Post (CDP) headlined “U.N. Chief Makes Stunning Paris Agreement Admission: ‘President Trump Was Right.’” The Yahoo News page linked to CDP for the full article, which does not include a mention of United Nations Secretary General António Guterres saying the phrase quoted in the headline. In fact, it appears that Guterres has never said “President Trump was right” at all; on the contrary, in May he stated, “We believe it would be important for the US not to leave the Paris agreement.”

The CDP article aggregated by Yahoo News also claimed that people opposed to Trump’s decision to withdraw from the Paris climate agreement “are going to go to any lengths to convince you, even lie to you on CNN” because they “are losing a lot of money.” Additionally, the article pushed climate denial, falsely claiming that the agreement “aims at guilt tripping and deceiving people into believing that human CO2 is responsible for rising temperatures on Earth” and that “there is a very strong case that the sun is mostly responsible for rising CO2 levels, not human beings.” 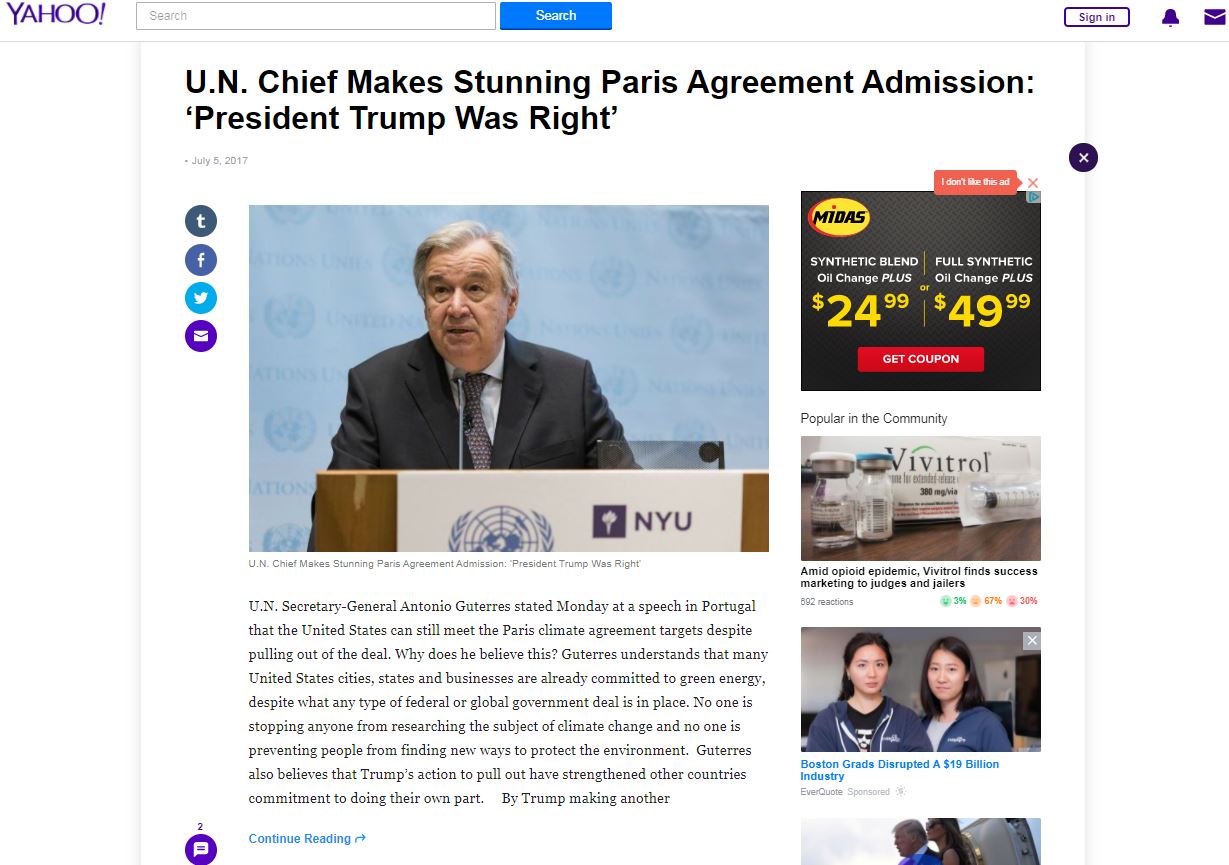 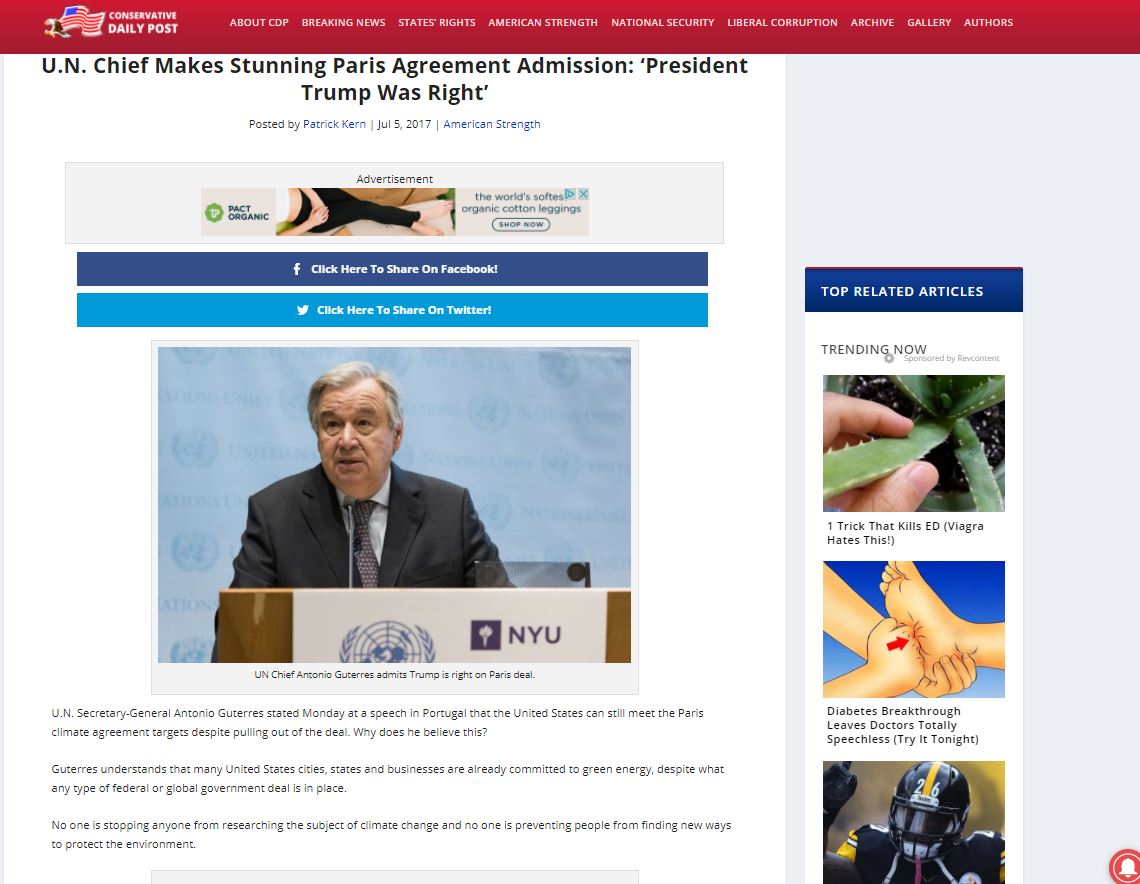 CDP is a serial fake news purveyor. During the 2016 presidential campaign, it falsely claimed that the FBI was looking into “at least 6 members of Congress and several leaders from federal agencies that partake in" a “pedophile ring, which they say was run directly with the Clinton Foundation as a front,” citing the “alt-right”-affiliated and conspiracy-driven 4chan forum /pol/. Later that month, the website falsely claimed that Trump would seek to criminally charge those who burn the American flag. Last August, it reported a satirical article claiming then-President Barack Obama would move to Canada if Trump won the presidential election as fact. And last July, it appeared to make up a story about an undocumented immigrant being fired from McDonald’s for telling police officers, “We don't serve pigs." The website recently also pushed a dubious claim from “alt-right” troll Jack Posobiec that then-FBI Director James Comey dropped an investigation into former national security advisor Susan Rice for allegedly “requesting the ‘unmasking’ of ... identities” of “US individuals” who were connected to Trump and had been caught in surveillance. And it used photographer Laura Hunter’s name and photo as a byline for some of its articles, turning Hunter, who leans “a bit more to the liberal side,” into a “fake far-right blogger.” In response, Hunter sued the website.

Yahoo News is a regular aggregator of other news sources, including The Associated Press and Reuters, but it would be a highly alarming and unfortunate editorial choice for Yahoo to aggregate fake news. As other platforms such as Google and Facebook continue to struggle in their fight against fake news, it is critical for major websites like Yahoo to not drive traffic and give credibility to websites that push fake news and misinformation.