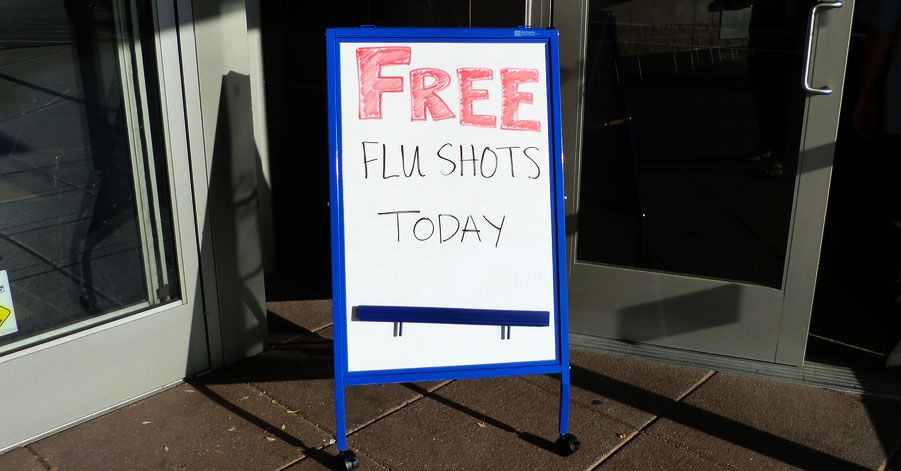 Two fake news websites have spent the last month posting fabricated stories claiming that flu-related deaths this year have been the direct result of the flu shot. Several of those posts have gone viral, potentially having the effect of worsening an already severe flu season.

The 2018 flu season has seen “the number of people seeking care at doctors' offices and emergency rooms” surging “to levels not reported since the peak of the 2009 swine flu pandemic,” according to The Washington Post.

On January 15, in the midst of this unusually severe flu season, the fake news site YourNewsWire published a story claiming that the Centers for Disease Control and Prevention had said that flu shots have caused the “deadly flu epidemic.” The fake story went viral, with more than 819,000 Facebook engagements so far, and it is the fourth most viral piece YourNewsWire has ever published, according to social media analytics website BuzzSumo. Other websites, including fellow fake news website Neon Nettle, also pushed similar versions of the piece.

Since then, YourNewsWire (which already had a history of fearmongering about the flu shot) and Neon Nettle have gone into overdrive, pumping out several fake and misleading stories in a short period of time that directly link deaths to the flu shot. One of these is now Neon Nettle’s most viral post ever, headlined “Expert Confirms Flu Shot Behind Deadly Epidemic That's Killed Thousands,” which has almost 700,000 Facebook engagements so far. Other posts include: 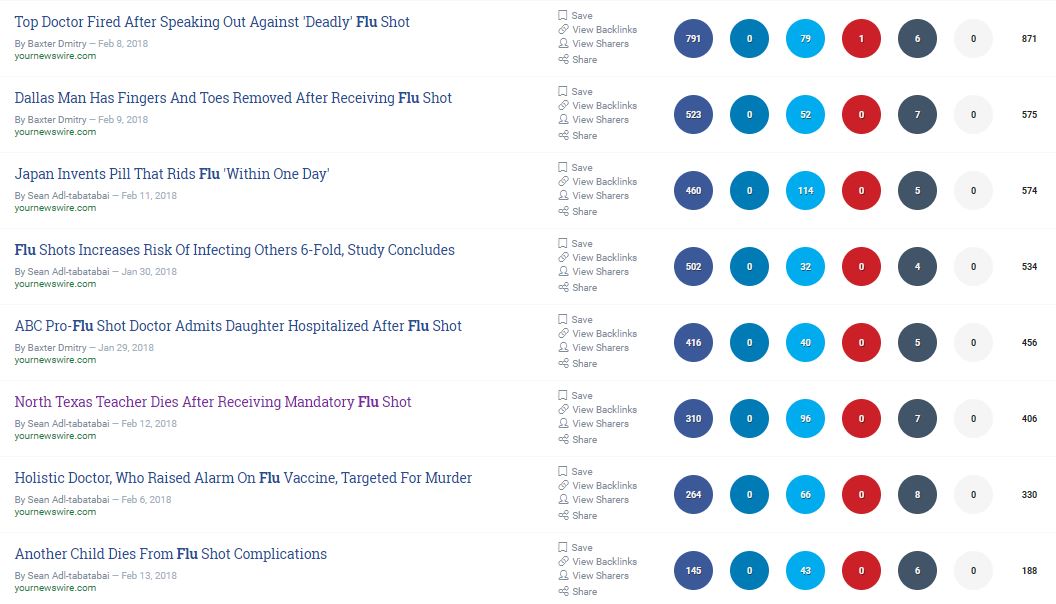 Other platforms and actors have helped expand the reach of these false stories. Some have been copied by what appear to be Macedonian and Kosovan websites. Some have also been posted on YouTube, and a handful of those are being monetized. Some celebrities have also shared some of the false stories.