Jacob Wohl, a notorious pro-Trump Twitter troll who is also a contributor for The Gateway Pundit, is now writing for YourNewsWire, one of the most notorious fake news sites in the United States.

Wohl is a staunchly pro-Trump commentator and hedge fund owner known for regularly tweeting at President Donald Trump (who has retweeted some of his tweets), for plagiarism, and for his propagandist claims, such as writing, “[Russian President] Vladimir Putin does a lot for his country considering he’s only paid the measly salary of $112,000 a year — He could easily make millions of dollars a year from public speaking alone, but after 20 years in the spotlight, he presses on,” and, “I hope Vladimir Putin gives President Trump a lesson on how to (sic) they deal with Fake News in Russia.” On June 12, Wohl announced that he would be writing for The Gateway Pundit, a notoriously terrible far-right blog that has received White House press credentials from the Trump administration.

On August 4, Wohl wrote a piece for YourNewsWire headlined “EXCLUSIVE: Deep State Planning System Similar to AMBER Alerts to Influence Mid-Terms.” In the article, Wohl claimed that the Department of Justice was “creating a system similar to to (sic) the AMBER Alert system, to alert Americans that they may be subject to Russian meddling,” which could “exert undue influence on American voters.” 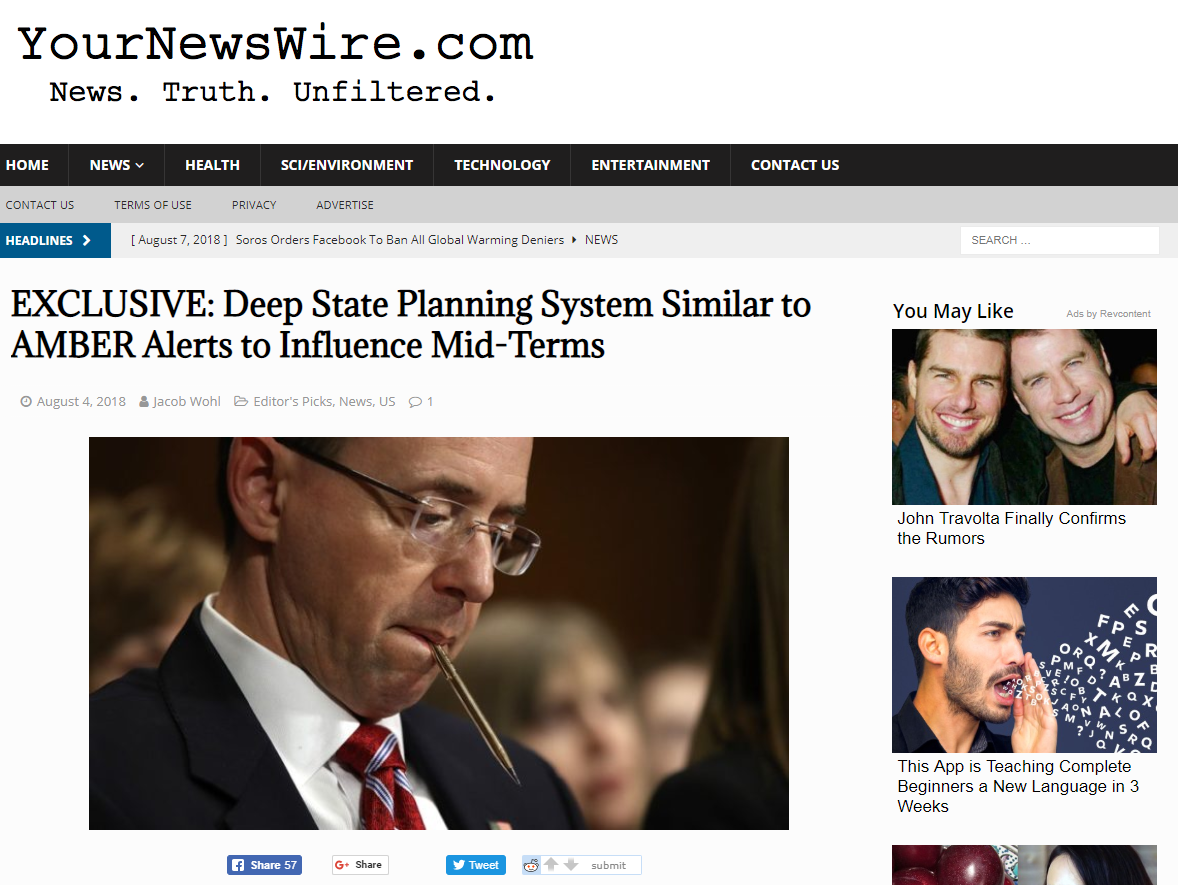 YourNewsWire is one of the most heavily trafficked fake news sites. The website played a major role in spreading Pizzagate and published pieces attacking the legitimacy of the flu shot, even claiming the Centers for Disease Control murdered a doctor who warned about the shot. The site has also pushed the QAnon conspiracy theory (a conspiracy theory Wohl has called “complete and utter nonsense”). At one point, the prime minister of New Zealand was even forced to respond to one of its fake stories. All in all, YourNewsWire’s posts have been debunked by Facebook’s third-party fact-checkers more than 80 times. 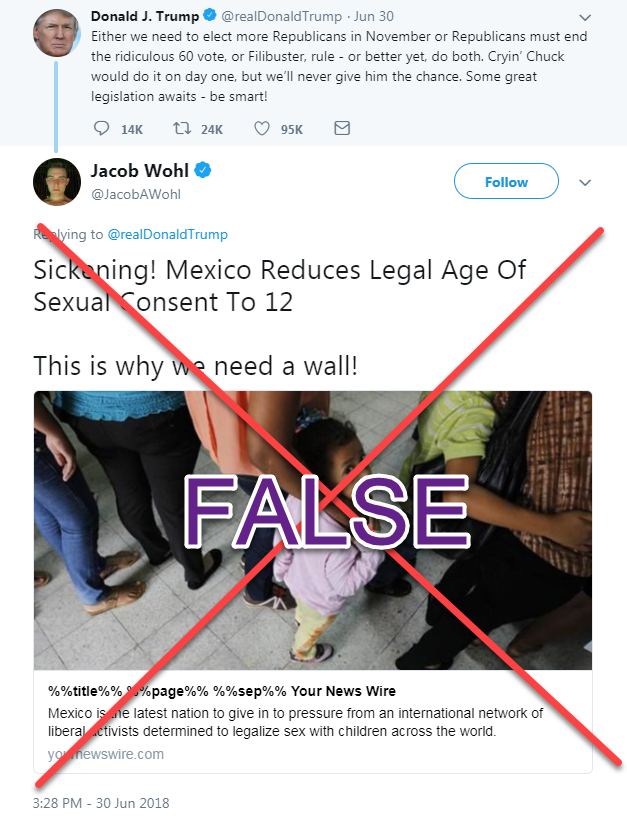 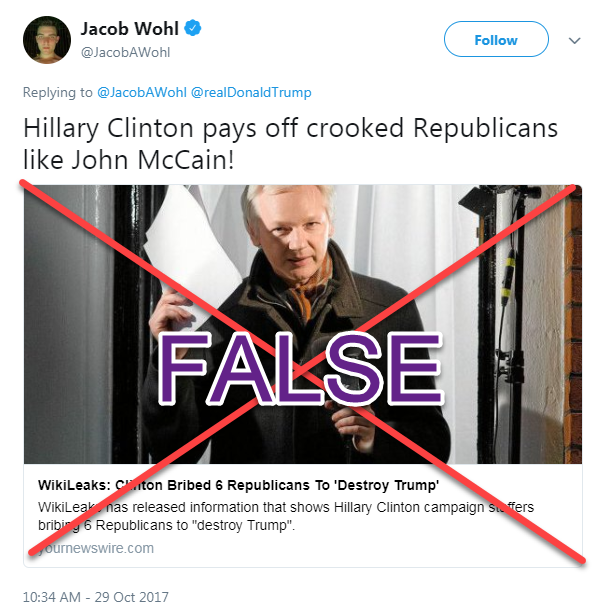 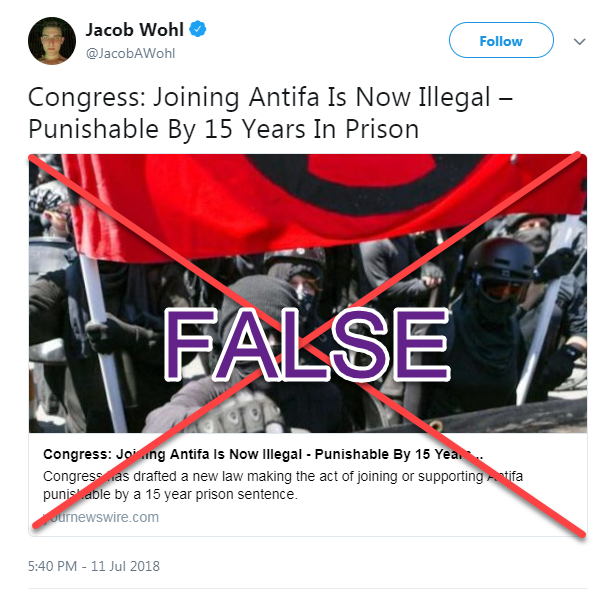 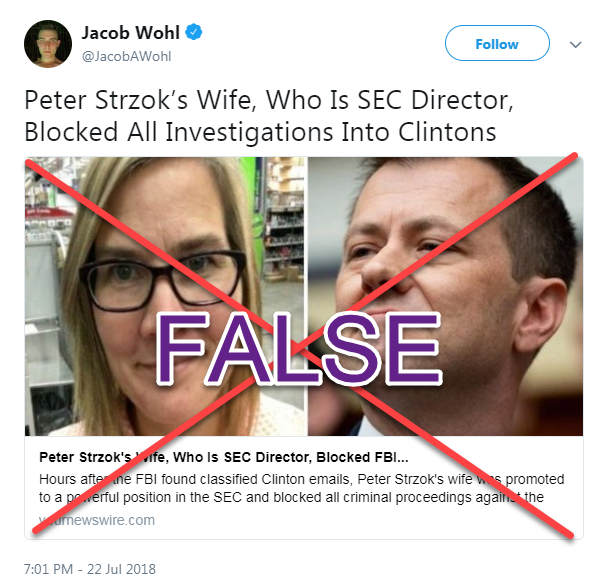 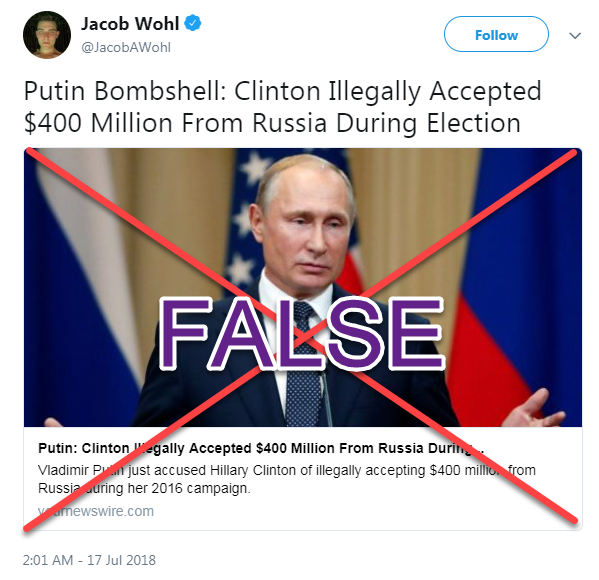 In July, Wohl also encouraged the site to not speak to “Soros stooges” at Poynter. 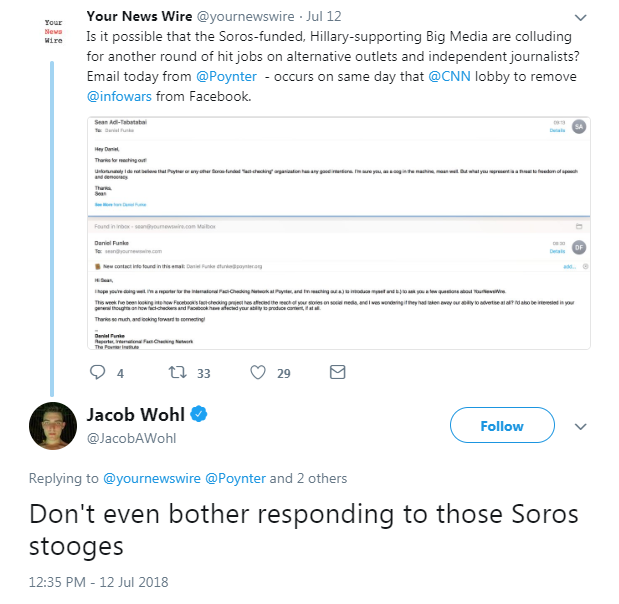 The Gateway Pundit’s founder, Jim Hoft, has also cited YourNewsWire. In May, Hoft defended YourNewsWire after it claimed fact-checker Snopes worked for the CIA. 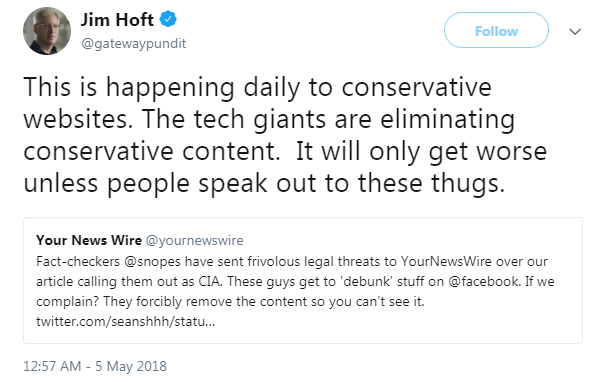