CNN legal and political commentator Ken Cuccinelli, a Republican who formerly served as Virginia's attorney general, shared a fake quote from Rep. Maxine Waters (D-CA) that an “illegal immigrant” should be nominated to the Supreme Court.

In late June, a Twitter “parody” account pretending to be CNN tweeted an image of Waters appearing on CNN with a fake chyron that said “Waters: SCOTUS Pick Should Be Illegal Immigrant,” along with the text, “Rep @MaxinePWaters: ‘The next Supreme Court Justice should be an illegal immigrant.’” The fake quote and chyron subsequently spread as real across social media and radio, with multiple memes created around the tweet.

On July 25, Cuccinelli shared one of those memes on Facebook. The image also said, “Read that again- slowly- and let the full depth of abject stupidity and desperation behind the statement, uttered on nationwide television, sink in fully….” 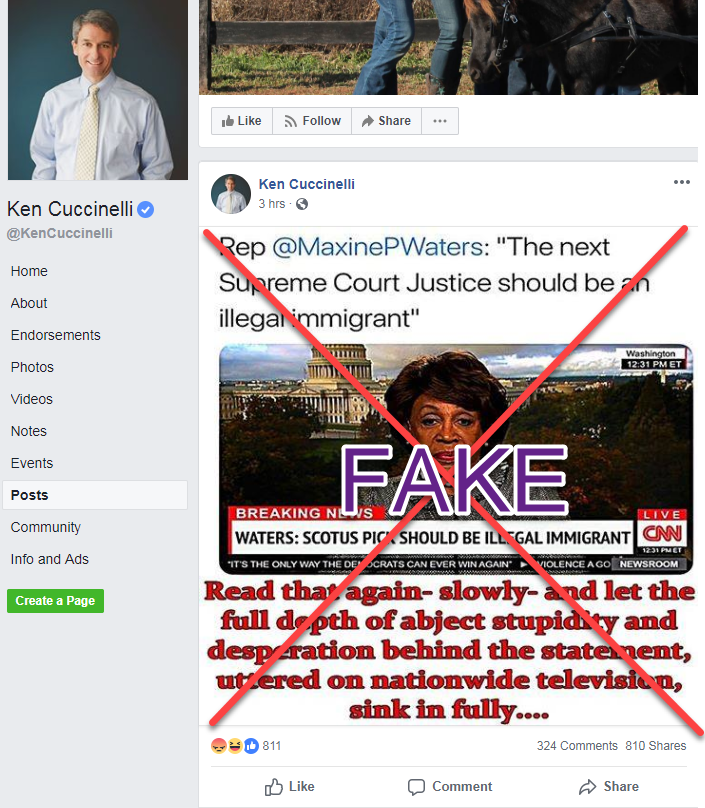