UPDATE (10/1/18): The page World against terrorism was removed from Facebook after the bikers hoax received more than 4 million views and 160,000 shares. It is unclear whether the page owners or Facebook removed it.

A Facebook page that is little more than a week old and has connections to a Macedonian fake news network shared a video falsely claiming a group of bikers were coming to Washington, D.C., to rally for Supreme Court nominee Brett Kavanaugh. The mislabeled video has received hundreds of thousands of views and tens of thousands of shares.

On September 24, the Facebook page World against terrorism posted a video of bikers on a highway with the caption: “OUTSTANDING!! Bikers for Trump on thier (sic) way to Washington DC to Support the Kavanaugh Confirmation Hearing and Demand Sen. [Dianne] Feinsten (sic) to resign! This is Amazing! Thank you Bikers for Trump!” The mislabeled video currently has around 50,000 shares and about 830,000 views. The Republican Party of Charlotte County, FL, also shared the video, writing, “Bikers for Trump on the way to Washington D.C. to support Kavanaugh and ask for resignation of Sen Feinstein!” 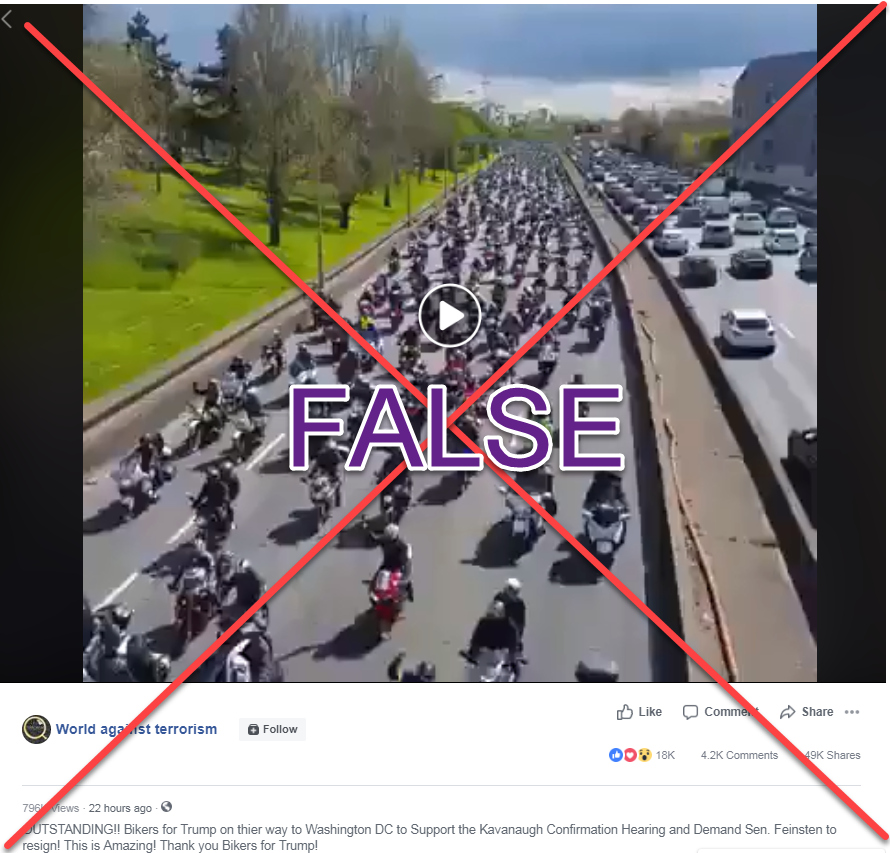 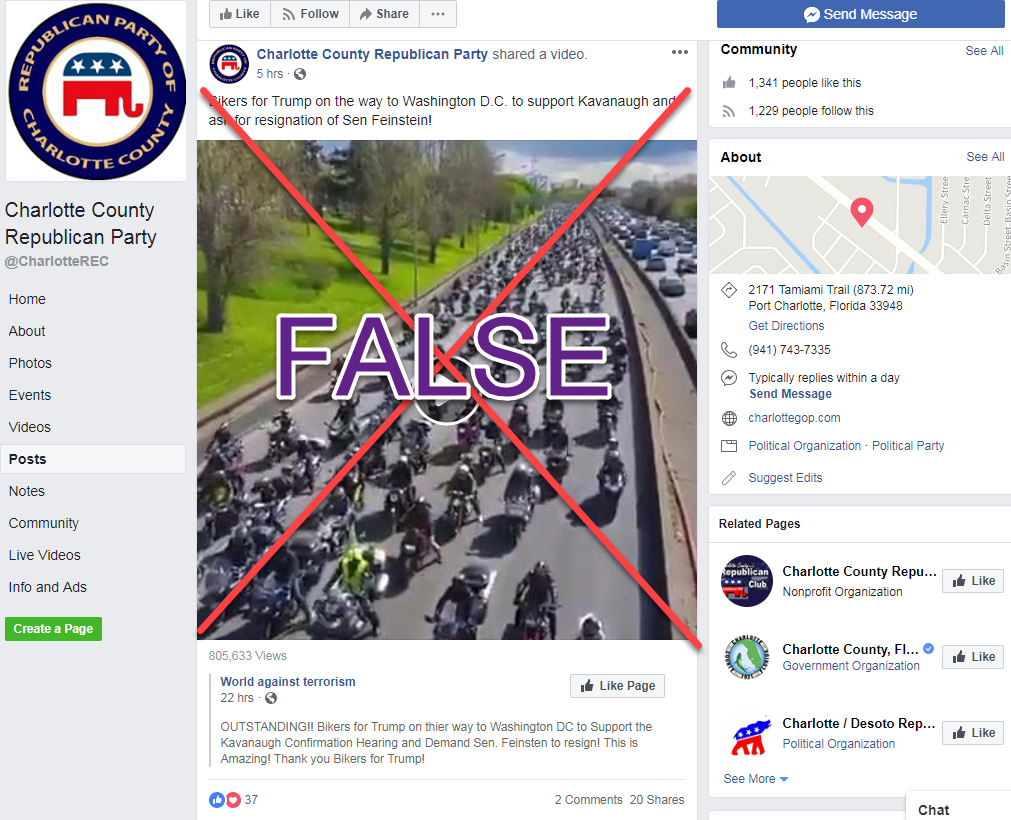 The claim from the post is false -- the video actually appears to be from a 2016 demonstration in France, according to photos from Getty Images.

This is not the first time a fake story about bikers coming to Washington, D.C., circulated on social media. Earlier this year, a fake story spread about bikers heading to the capital to demand an end to special counsel Robert Mueller’s probe into Russian interference in the 2016 election. And in early 2017, mislabeled videos and photos made rounds that exaggerated the number of bikers coming to Washington, D.C., for President Donald Trump’s inauguration -- a claim Trump later pushed.

The page, World against terrorism, currently has slightly more than 10,000 followers. Since it was created on September 16, it has posted multiple anti-Muslim memes and videos. Beginning September 23, the page also started linking to articles from two sites -- weirdworldinfo.com and cukaminfo.com -- some of which are misleading or are fake news. Both sites are registered in Macedonia, and both were created just days before the Facebook page. According to the analytic tool Trendolizer, both sites also have the same Google AdSense ID as a previously discovered network of Macedonian fake news sites whose content was also being shared by fake Twitter accounts.

Earlier in September, Facebook introduced a feature in the U.S. that allows users to see the countries of people running pages with a “large audience size.” This means that pages with a smaller audience that seem to mask their real purpose of driving clicks to fake news sites that carry ads will continue to fly under the radar.