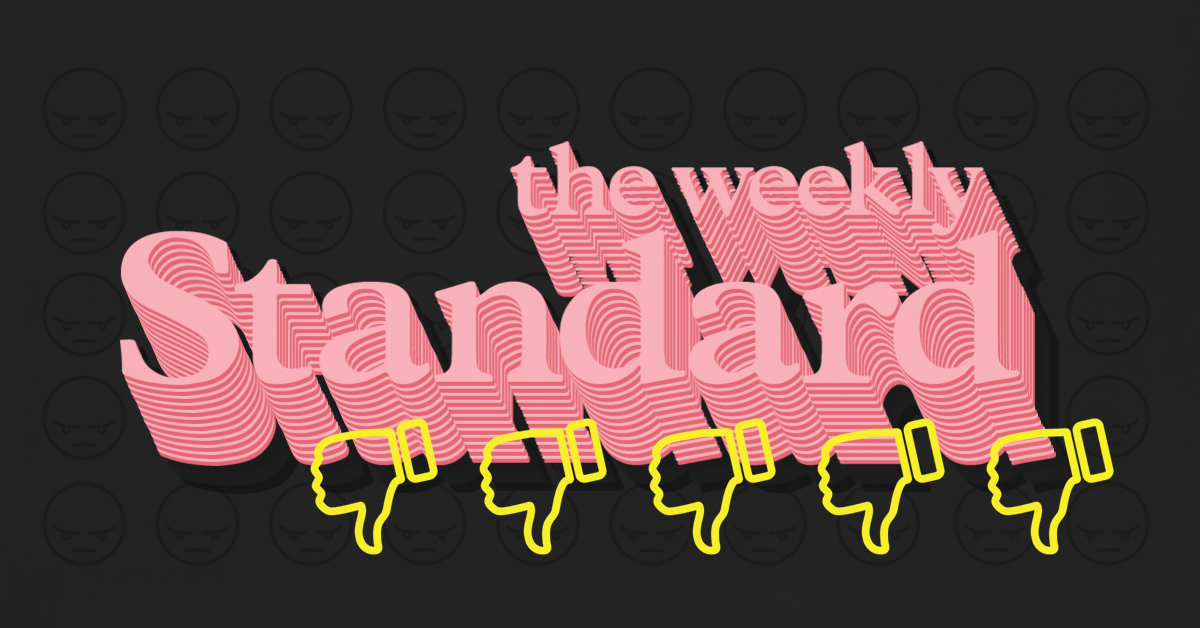 The Weekly Standard is the latest organization to be approved by Facebook to join its fact-checking initiative, despite its political bias, record of serial misinformation, attacks on nonpartisan fact-checking institutions, and dismal fact-checking track record.

After finding substantial fault in the Standard's fact-checking process, the ICFN verified it on the basis of just three weeks of new fact-checks that met it standards, despite Poynter's own three-month requirement and over the concerns of its own assessor. MMFA reviewed over 40 pieces of content tagged as fact-checks since early 2011 and found that:

The Standard has a long record of misinformation and its catalogue of fact-check attempts are no exception; in his November 2017 analysis, the assigned Poynter assessor stated that he would recommend approval only “with several edits and revisions.” But the Standard’s Editor-in-Chief Stephen Hayes told The Guardian that the outlet considers its formal fact-checking operation to have started six months ago and that “the work really does speak for itself.”

Hayes also touted the hiring of fact-checker Holmes Lybrand as proof of its fact-checking bona fides. As of this writing, Lybrand has published 12 pieces, only seven of which actually comply with IFCN’s requirement that fact-checks be archived on their own page. The rest can be found under its old “fact-checks” section alongside opinion columns.These hard-hitting pieces include a fact check of a claim it isn’t clear anyone was contesting, a non-answer ruling saying “it’s complicated” (in which the author also fails to disclose the conservative/libertarian leaning of one of the sources used for the analysis, the Pacific Legal Foundation), and a piece that included a correction for an inaccuracy.

Lybrand’s previous fact-checking experience includes work at The Daily Caller News Foundation, where he directed much of his ammo at fact checking institutions and invoked a common right-wing talking point to criticize CNN for its use of a Southern Poverty Law Center (SPLC) hate-group map after a gunman claimed it as his inspiration for an attack. In addition, the description on Google for his personal website publicizes that he “presents conservative viewpoints on politics, culture, and current events.”

Before its sudden interest in developing an actual methodology to correct misinformation, the Standard’s attitude toward fact-checking was very different. Its website tag “fact-check” houses a bulk of articles dating back to 2011 in which a popular theme of commentary is “fact-checkers are bad at their jobs.” At least 14 articles under this tag are criticisms of fact-checking organizations over perceived liberal bias. And, as if it’s already not hard enough to find the official “fact-checking vertical,” there’s also the wildly confusing existence of a third website tag called “fact checking,” housing more anti-fact-checker rants similar to those found under the “fact checks” tag, but not available there. The categorization fumble makes it clear that even the outlet itself has a hard time differentiating between its partisan and its purportedly objective content, raising the question of how a reader should know the difference.

Facebook’s decision to include an explicitly partisan outlet like The Weekly Standard in its fact-checking fake news initiative shows that Facebook is more concerned with appeasing right-wing fury than with combating propaganda and fake news.