Immediately after Facebook announced in January 2018 that it was rolling out changes in the algorithm used to arrange posts in users’ news feeds, right-leaning pages that post memes on a regular basis began altering their activity pattern by decreasing the number of links posted per week. Since then, right-leaning meme pages have generally gained more average weekly interactions (reactions, comments, and shares) and have continued outperforming other prominent politically aligned Facebook pages in terms of amount of content shared.

Last week, Media Matters released a study examining the engagement of 463 prominent Facebook pages that regularly posted political content between January 1 and July 1, 2018. One key finding was that images posted by right-leaning pages were the best performing content in the study. Media Matters additionally reviewed 26 right-leaning pages from the study that regularly post memes (which we’re dubbing “meme pages”). While these meme pages had significantly fewer page likes on average than the other pages, their engagement numbers -- including total interactions, shares, and interaction rates (number of interactions per post divided by page likes) -- across the board wildly surpassed those of other right-leaning pages, left-leaning pages, and pages that weren’t ideologically aligned. And while political pages overall showed little change in interaction numbers over the course of our six-month study, right-leaning meme pages showed significant growth in average weekly number of interactions and shares.

Part of this engagement growth can potentially be explained by changes in right-leaning pages’ posting patterns. The week after Facebook announced the algorithm change rollout, right-leaning meme pages began posting fewer low-performing clickbait links (though just as many images as ever), and they continued reducing these link posts over the course of the next three months. In altering some of their clickbait behaviors, right-leaning meme pages could possibly have avoided newsfeed demotions that would have resulted in less page visibility. 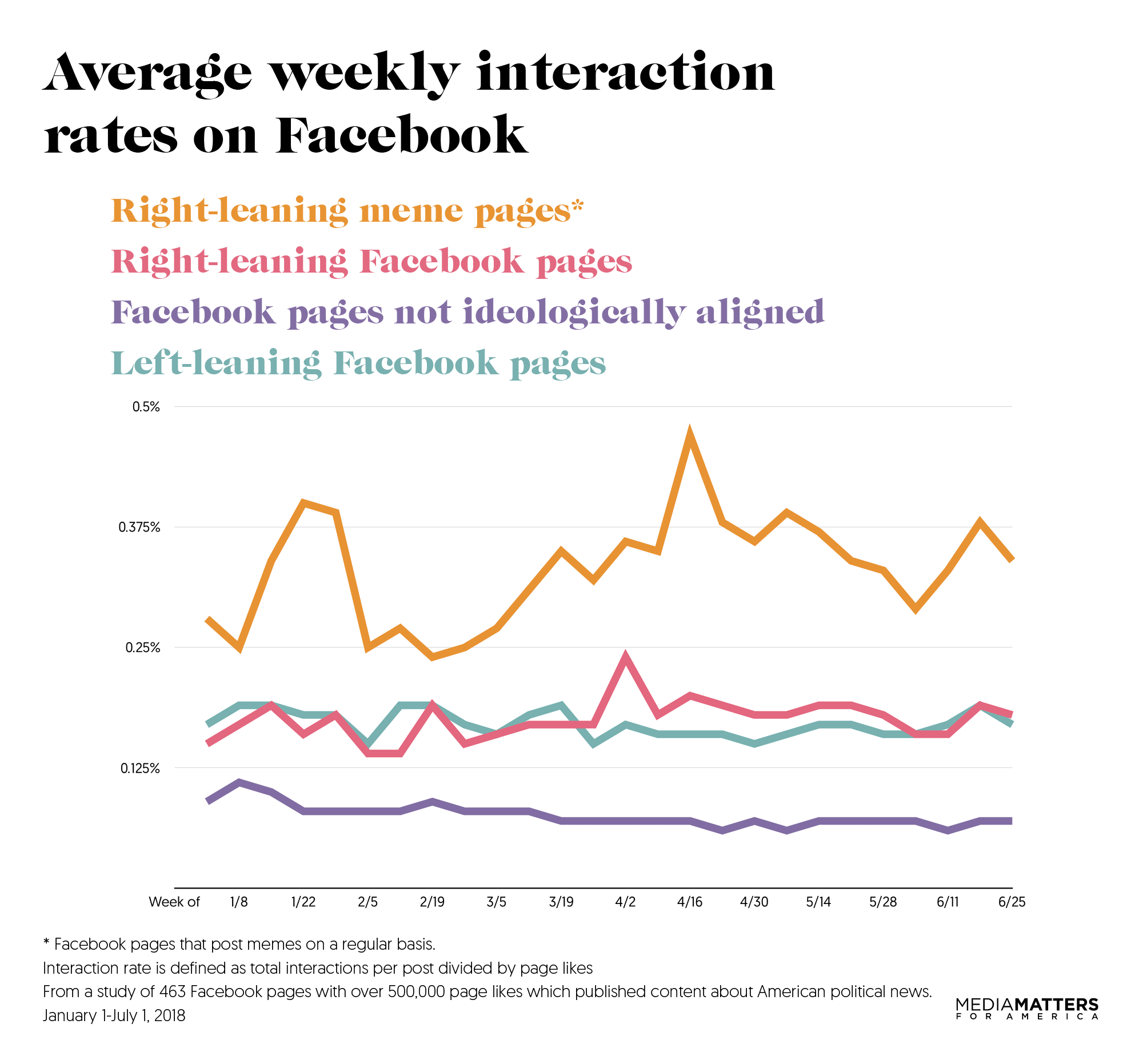 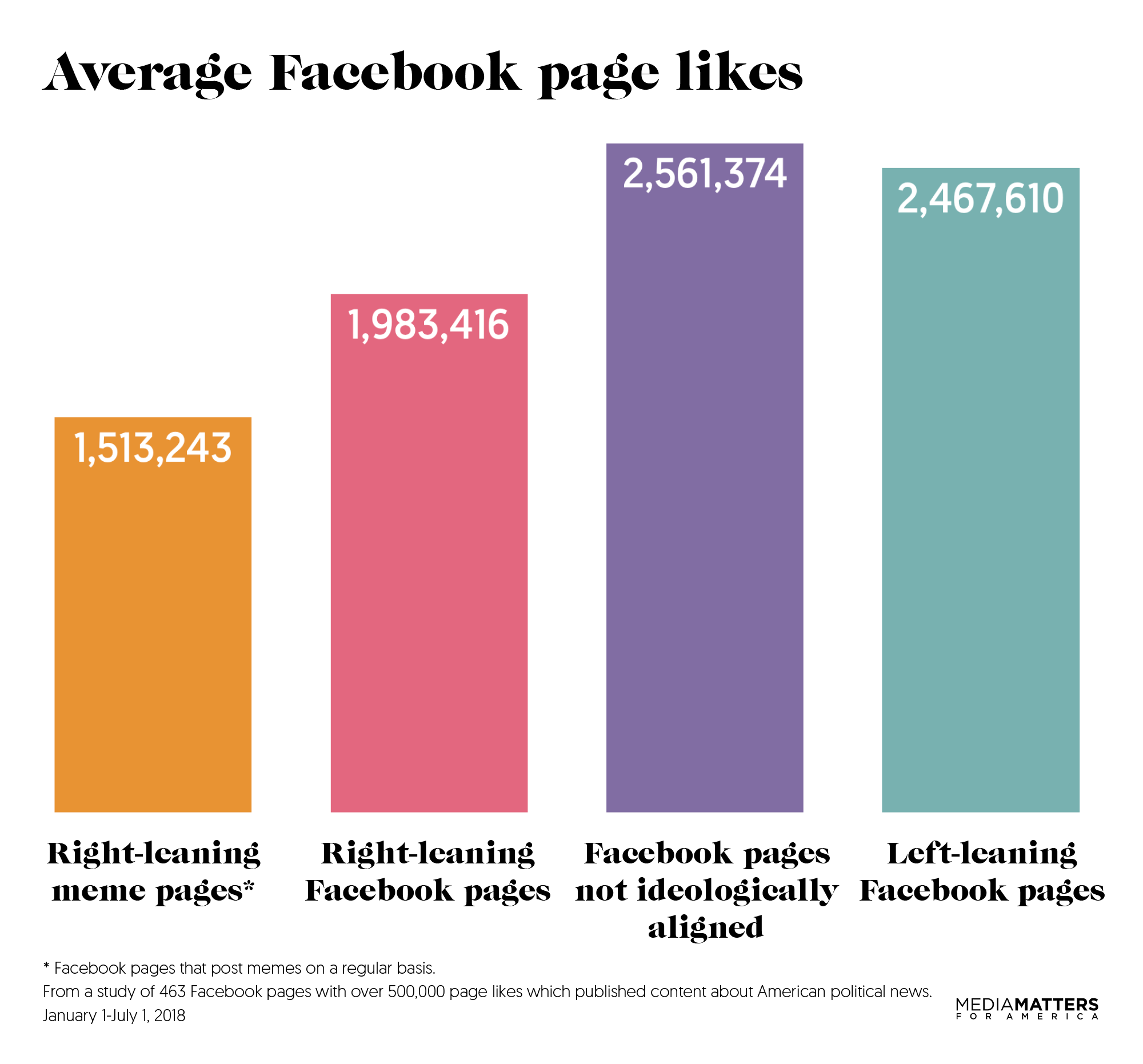 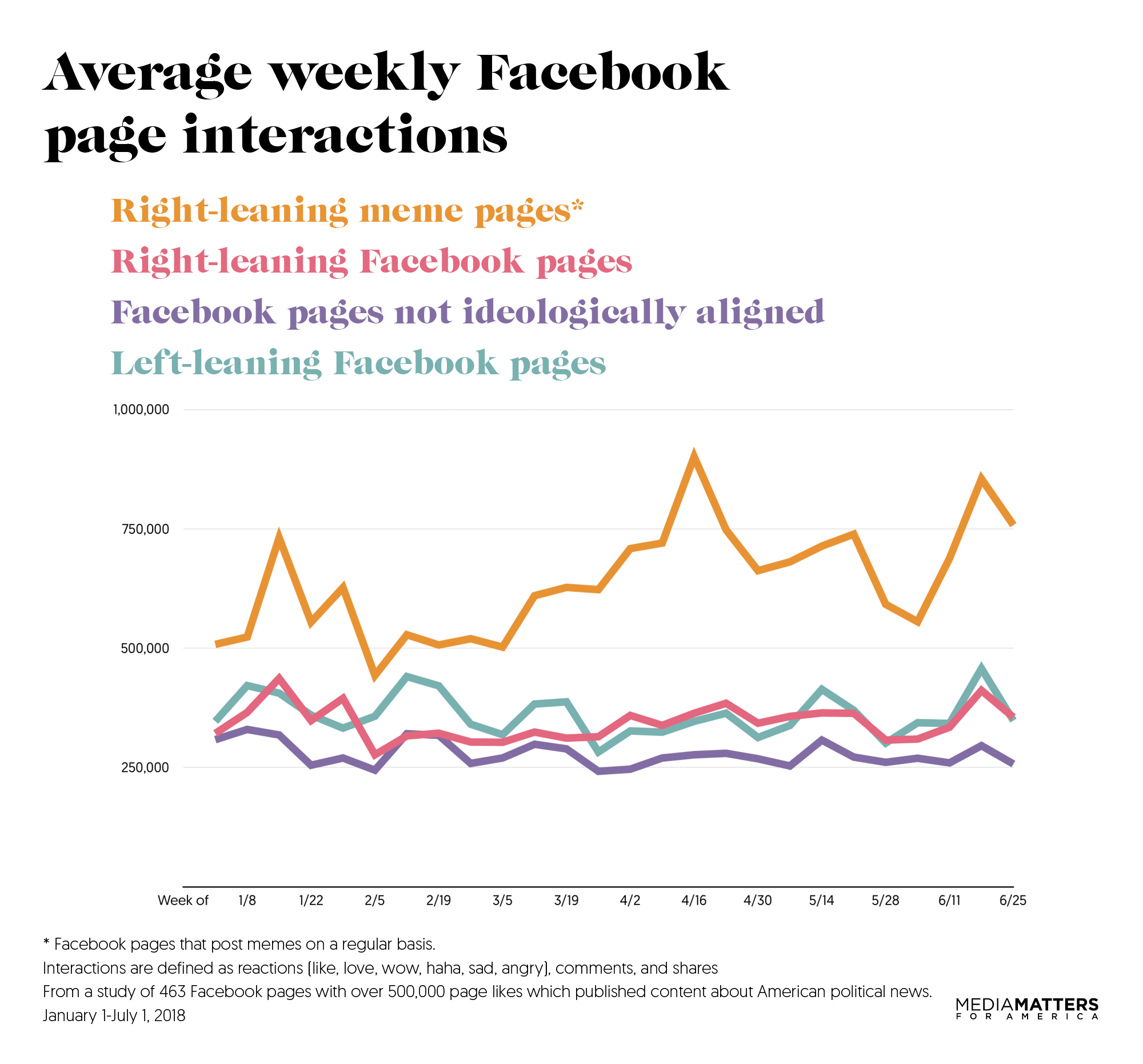 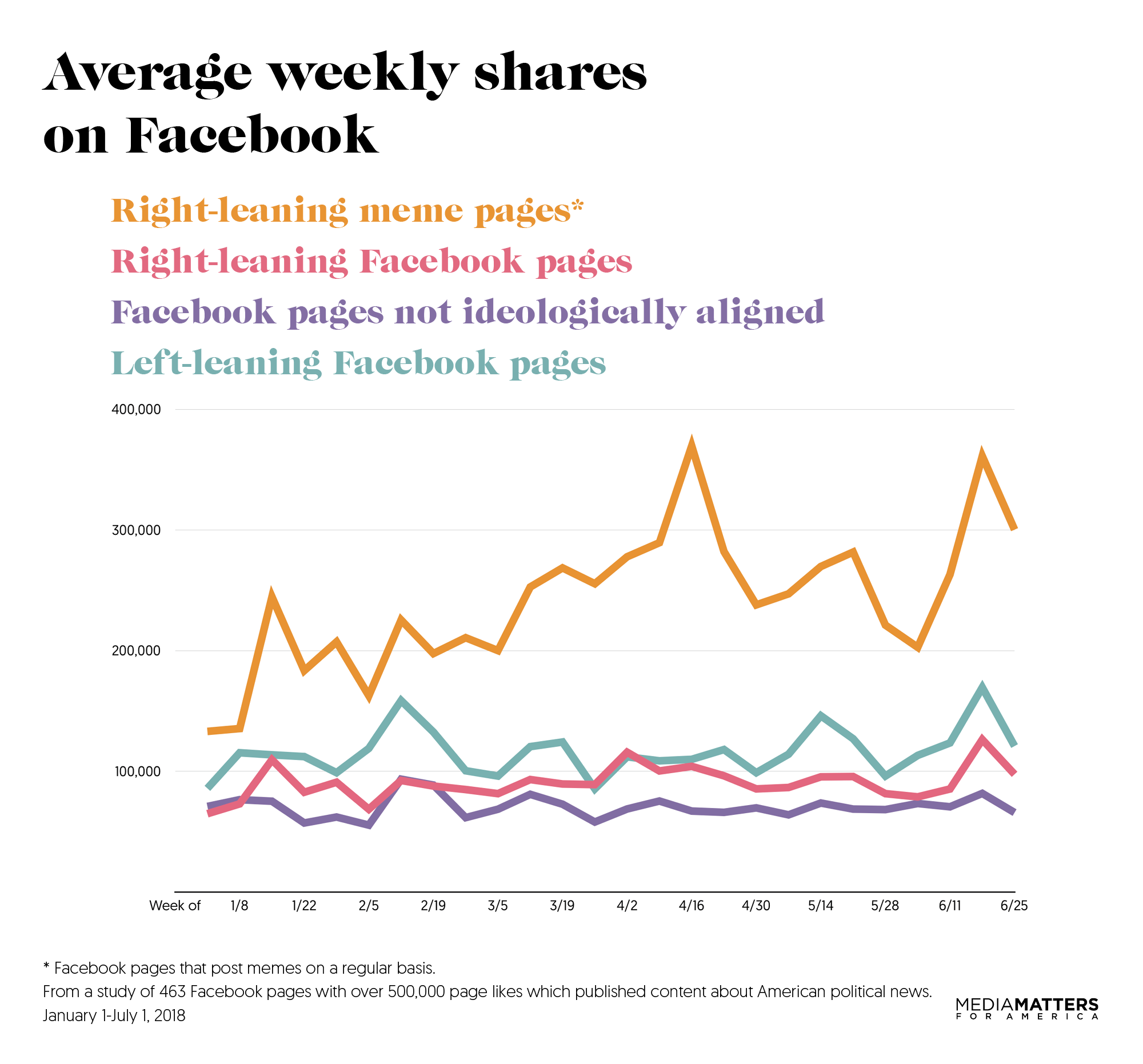 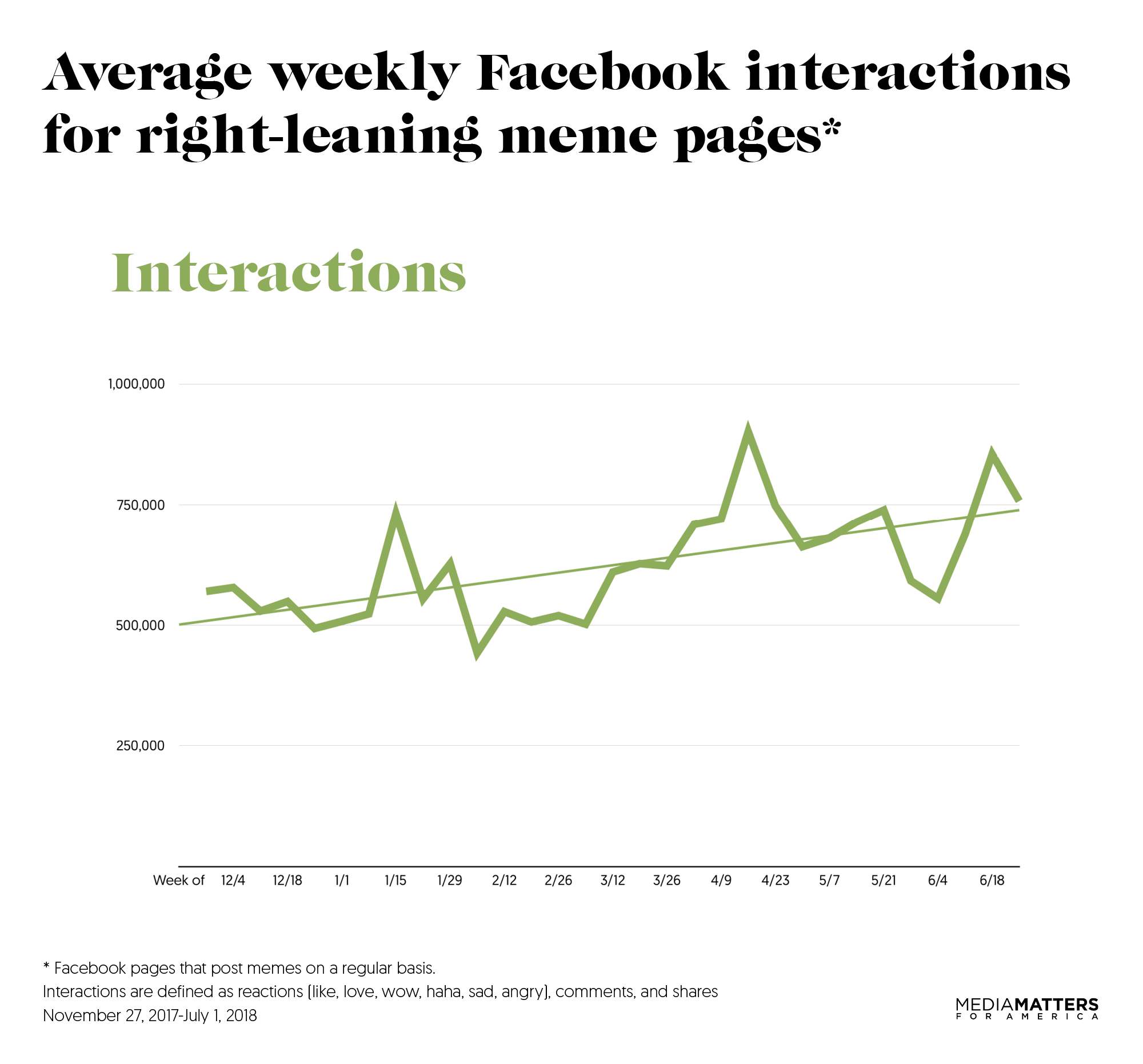 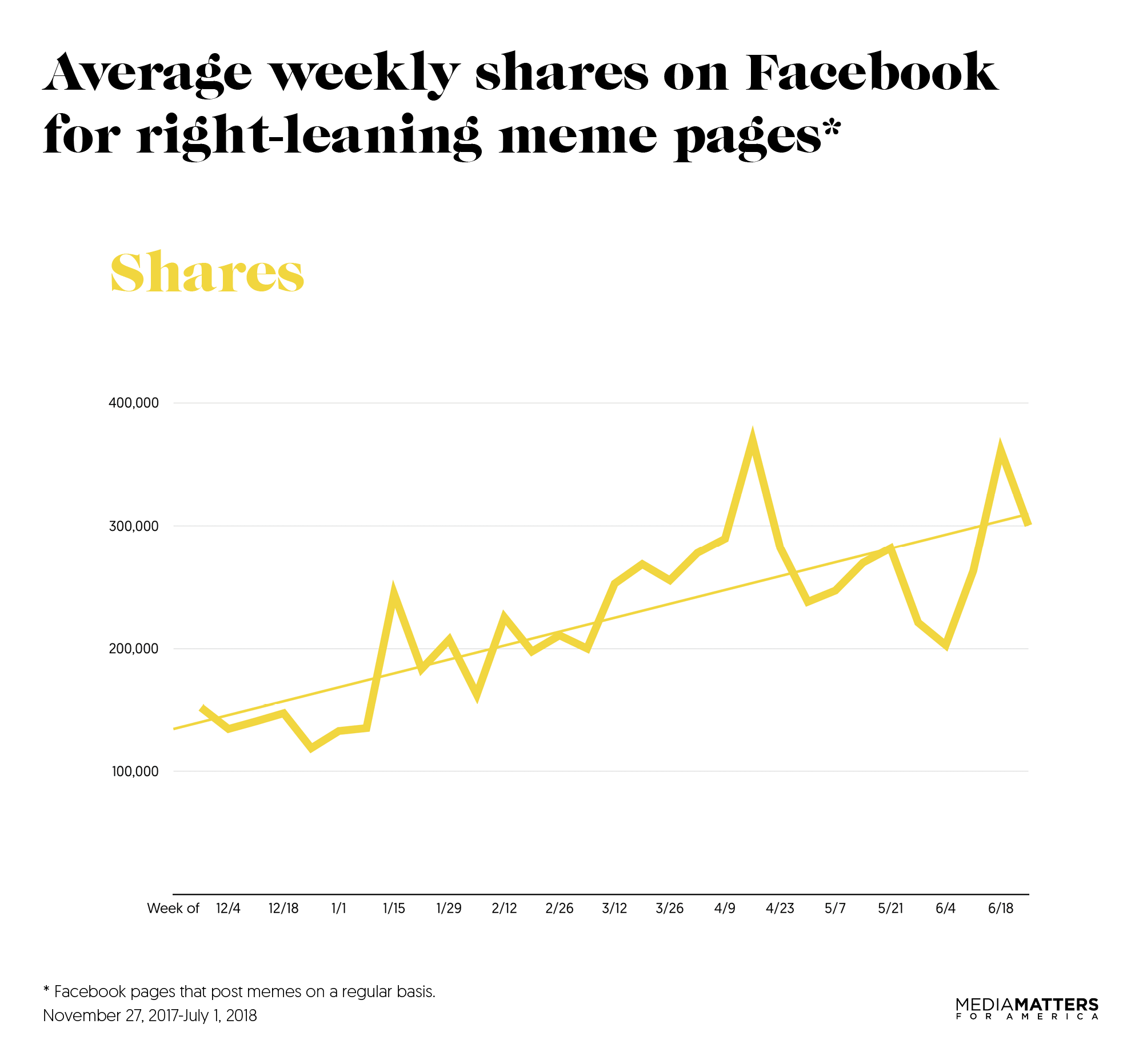 Right-leaning meme pages performed better under Facebook’s new algorithm, which was implemented with the intention of reducing the reach of clickbait pages, media pages, and publishers. When Facebook announced the rollout of algorithm changes, it claimed that “meaningful interactions,” like sharing, commenting, and reacting, were going to be prioritized in news feed ranking over passive engagements, like clicking, viewing, and hovering. One of Facebook’s algorithm changes, first discussed in December 2017, was also supposed to demote “engagement bait” -- posts that “goad” users into interacting with their content (i.e., “like and share if you agree” or “tag a friend”) -- and pages that frequently post such engagement bait. 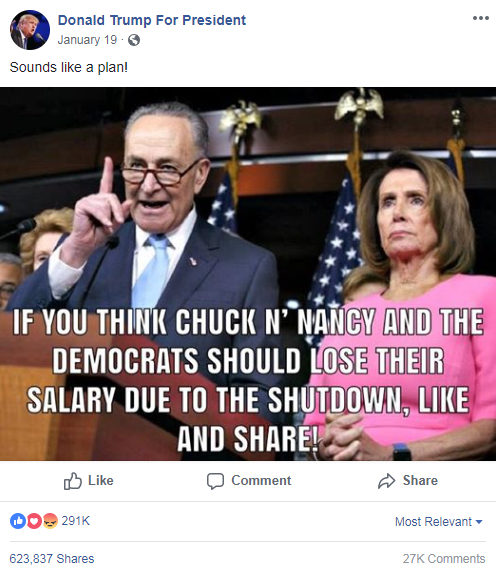 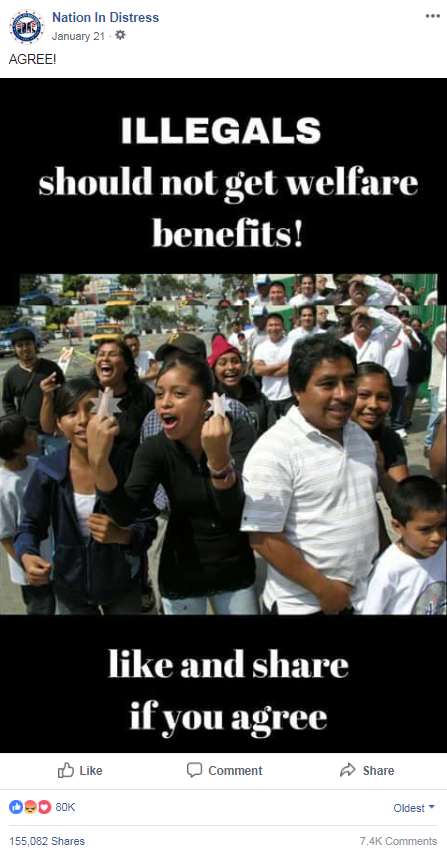 During another peak week, that of May 28, four of the top five posts from our sample had engagement-bait content. The top post eamed over 707,000 interactions. 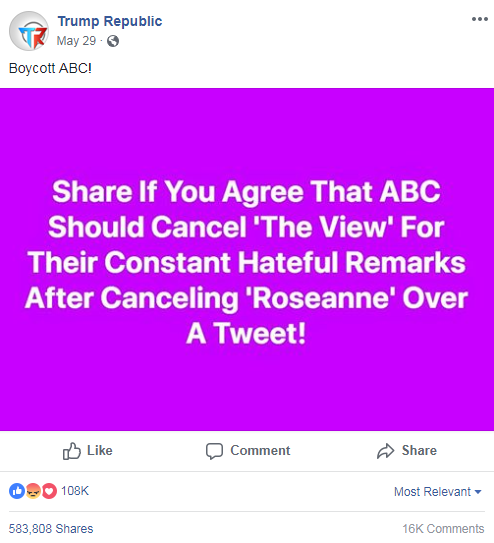 Almost all of the 26 right-leaning meme pages we reviewed are part of different Facebook page networks connected to fake news and clickbait websites. Five pages are tied to the fake news website America’s Freedom Fighters. Another two are tied to the fake news website Mad World News. Other fake news and clickbait websites connected to the pages we examined include Right Wing News (affiliated with the now-deleted racist fake news site Freedom Daily), TruthFeed, The DC Gazette, and American News Central. So, in addition to regularly posting images, right-leaning meme pages are also frequently posting links to their partner websites.

Immediately after Facebook’s announcement in January, right-leaning meme pages started decreasing the number of links they posted on Facebook. Most pages that we reviewed were frequently posting links to clickbait and fake news sites up until mid-January. But immediately after Facebook’s announcement in January, right-leaning meme pages began altering their behavior on the platform, posting links less frequently than before (though continuing to post the same number of images). The right-leaning meme pages we reviewed, on average, posted about 200 links a week from the week of November 27 to the week of January 8. The week after Facebook announced its algorithm change rollout on January 11, they began posting fewer links -- and continued posting fewer over the course of the next three months. From the week of April 23, when the number of posts plateaued, until the end of our review period on July 1, these pages were on average posting 139 links a week. By reducing the amount of identifiable clickbait links they posted -- and continuing to post the same number of images, where engagement-bait language may be harder to detect -- right-leaning meme pages were potentially able to avoid news feed demotion affecting their visibility. 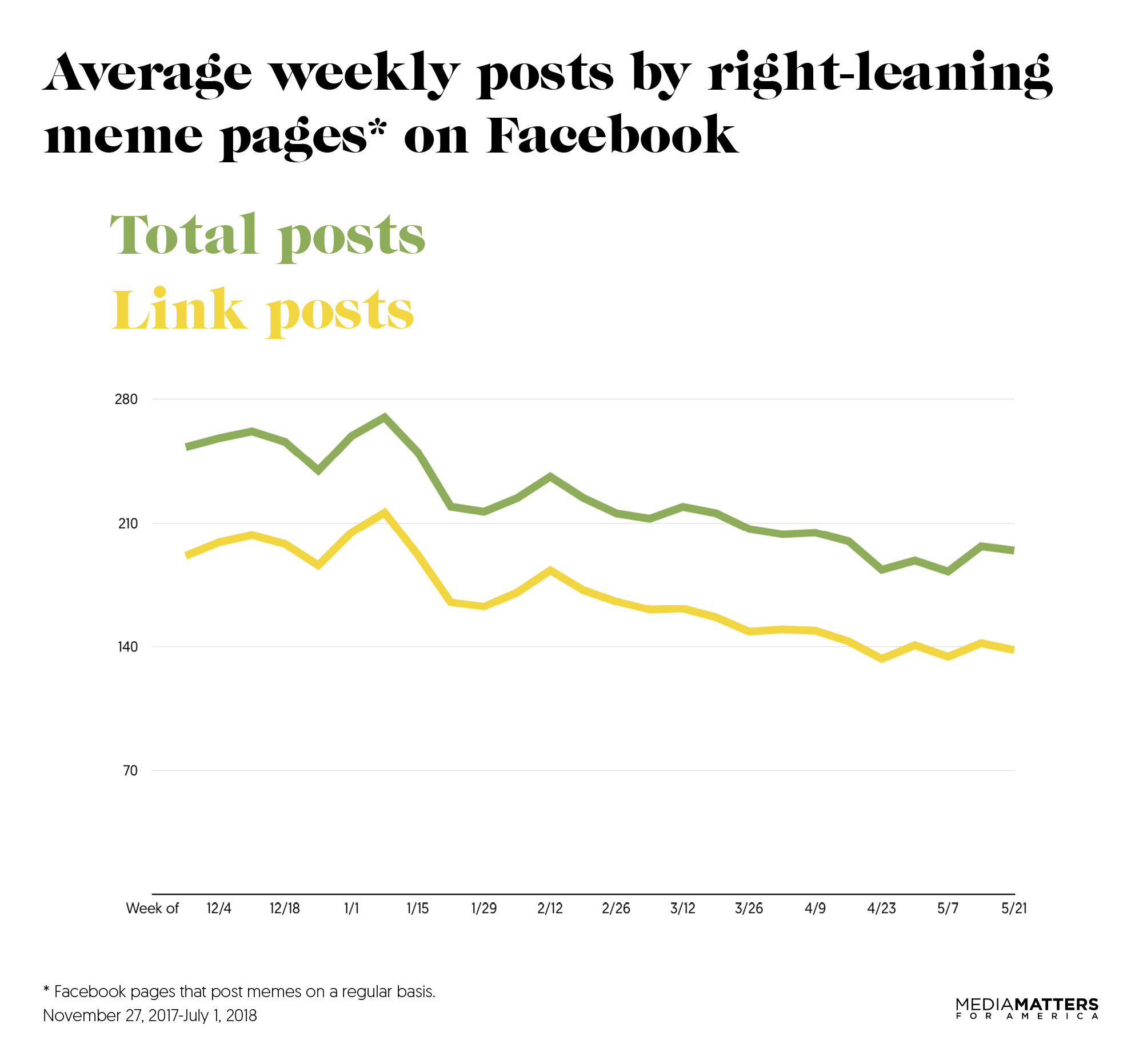 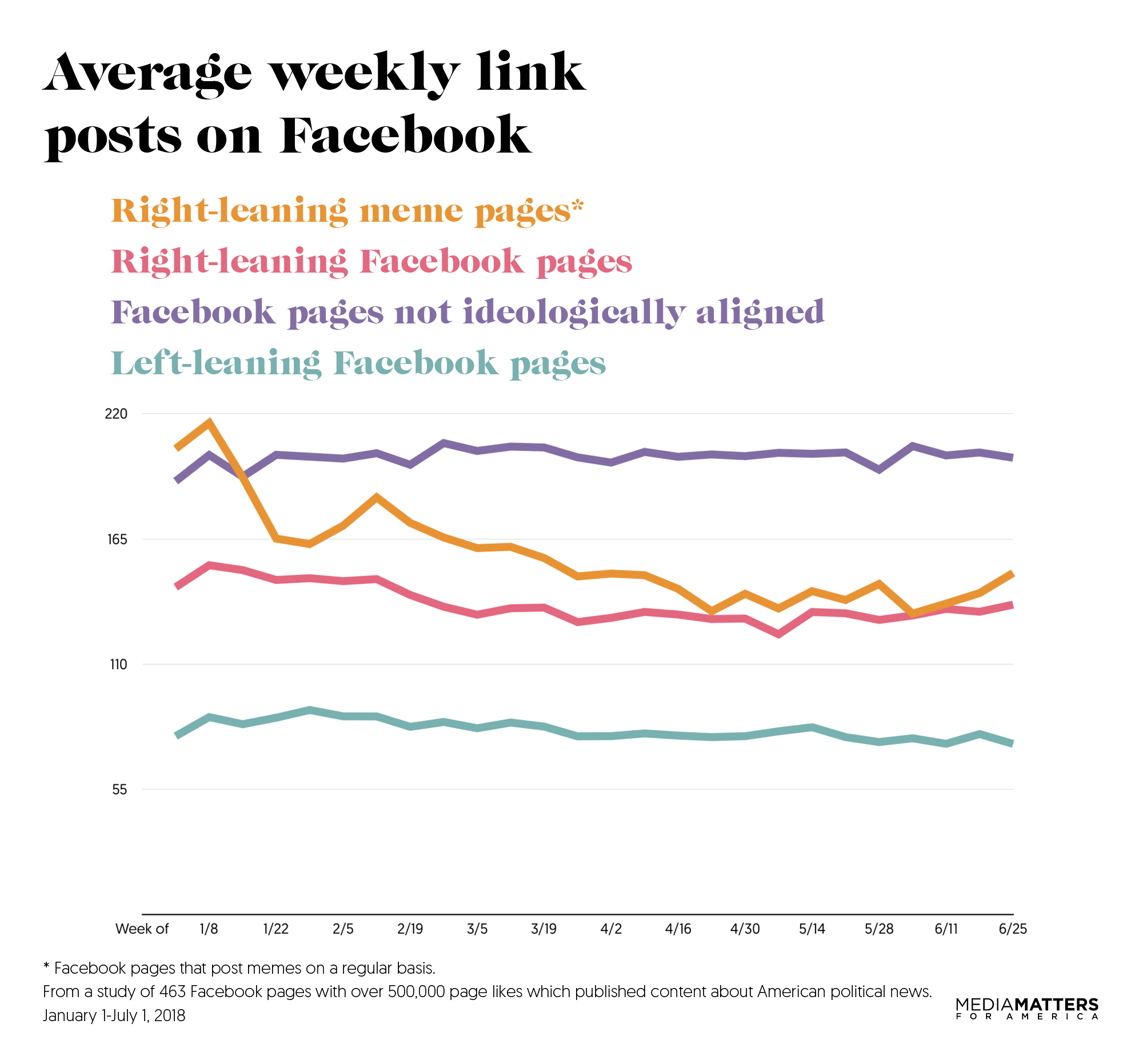 Many right-leaning meme pages are propagators of misinformation, foreign propaganda, and racist and anti-immigrant content. Some of America’s Freedom Fighters’ Facebook pages are connected to a violent militia movement, and they, along with some TruthFeed’s and Mad World News’ pages, recycle racist Russian propaganda on the social media platform. Some pages from this review, including TruthFeed, The New Resistance, Uncle Sam’s Misguided Children, USA Patriots for Donald Trump, The Common Sense Conservative, Judge Jeanine Pirro has Fans, and Mad World News, have also spread conspiracy theories and smears against the students who survived the February 14 Parkland, FL, school shooting.

Facebook has increasingly come under scrutiny for allowing fake news sites like Your News Wire and extremist media personalities like Alex Jones and his outlet Infowars to spread their conspiracy theories and bigoted speech on its platform. Criticism of Facebook’s enforcement of hate speech content policies has also become an increasingly important issue, as it came to light that the platform permits content pushing white separatism, white nationalism, and Holocaust denial. While the tech giant continues to cave to the baseless claims of censorship by conservative media, the victims of conspiracy theories and smears, like the families and survivors of the Sandy Hook massacre, are struggling to get a seat at the table.