Tancredo has a long history of racist and anti-immigrant rhetoric. He suggested that the United States bomb “the holy sites in Mecca and Medina” in Saudi Arabia; said that Miami, FL, had “become a Third World country” because of its Spanish-speaking population; and claimed that undocumented immigrants are “coming here to kill you and to kill me and our families.”

He regularly wrote columns for the similarly toxic Breitbart.com, but stopped following his late October announcement that he’s running for Colorado governor. (This is Tancredo’s third bid for governor.) Former Breitbart head Steve Bannon is a fan of Tancredo and reportedly talked with the former congressman in September about another run for office.

Tancredo was also a board member of the white nationalist group VDare until he recently stepped down to focus on his political career. He was scheduled to speak at VDare conferences in 2017 until the hosting venues cancelled them when they learned about the group’s white nationalist ideology. After Tancredo announced his candidacy, The Denver Post noted that he had begun “to explore a run after being outraged that Republicans didn’t speak out against the cancellation” of the VDARE conference.

Tancredo has repeatedly defended VDare. He recently claimed, “It is not a white supremacist group. Go on their website, they talk about who they are. They believe in stopping illegal immigration, they believe in preserving the culture, it's got nothing to do with race."

Headlines on VDare include: “America Does Not Need ANY Immigrants From Africa,” “Indians Aren`t That Intelligent (On Average),” “Diversity Is Strength! It’s Also…Hispanic Immigrants Taking Over FBI’s Ten Most Wanted,” “'Time To Rethink Martin Luther King Day'–The 2017 Edition,” “Barack Obama, Trayvon Martin and the Four Dirty Little Secrets of Black America,” “Do We Need More Hispanics?” and “Color Of Crime, Sound Of (Big Media) Silence.” 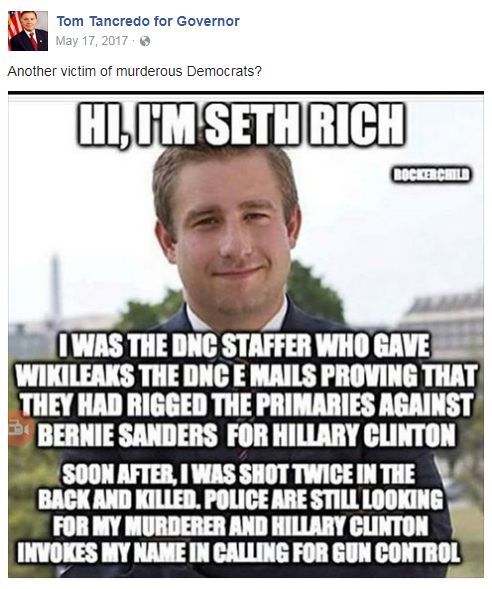 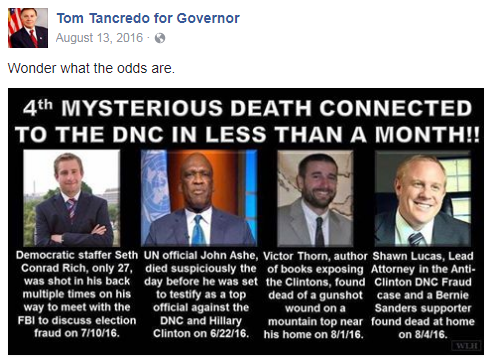 ​There is absolutely no truth to those claims.

Tancredo has also repeatedly shared racist images on his Facebook page. Those images claimed that Democrats keep black voters as slaves on their “plantation,” responded to Black Lives Matter with “White Lives Matter,” said that “celebrating diversity” only leads to massacres, and suggested that non-European immigrants just come to the United States to “bitch, collect welfare, wage jihad, and replace the American constitution with Sharia law.” 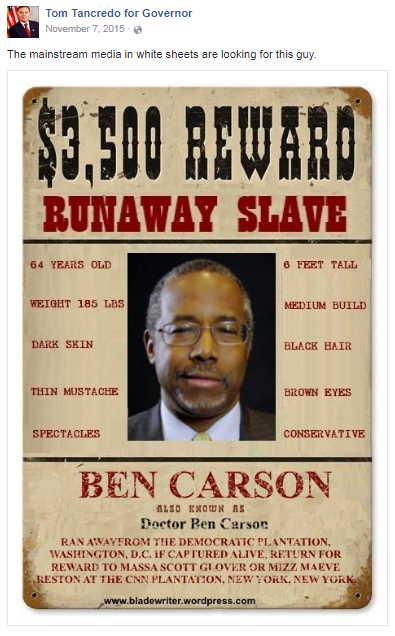 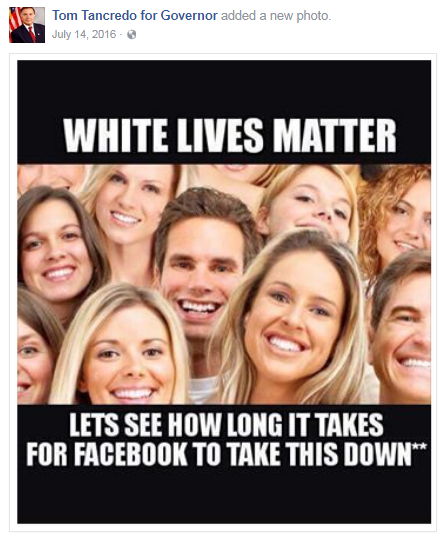 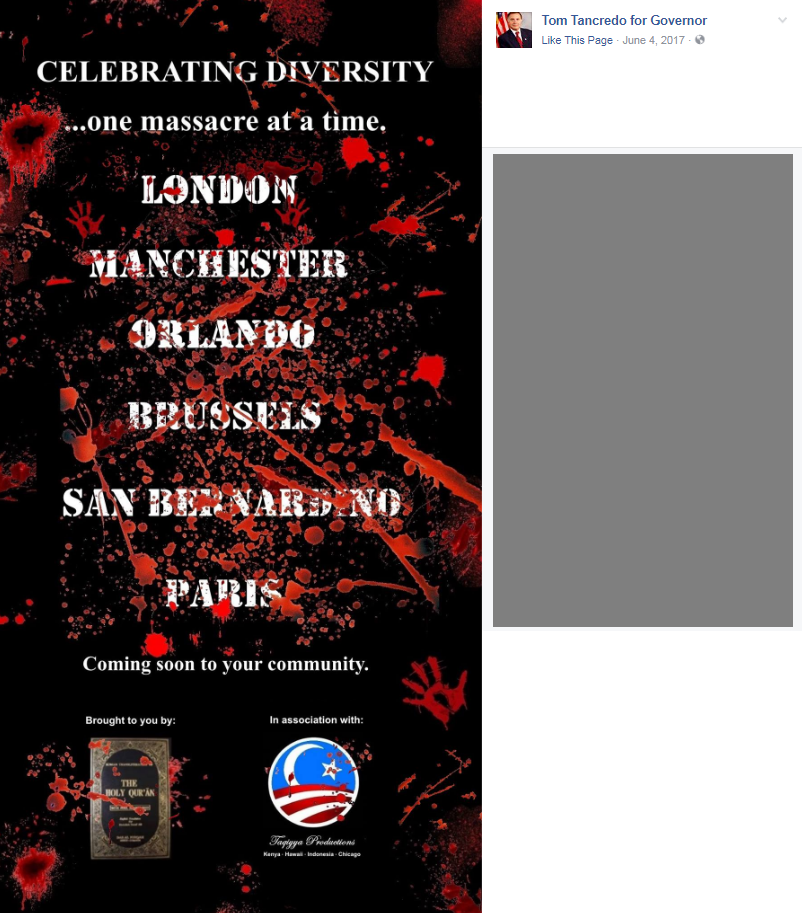 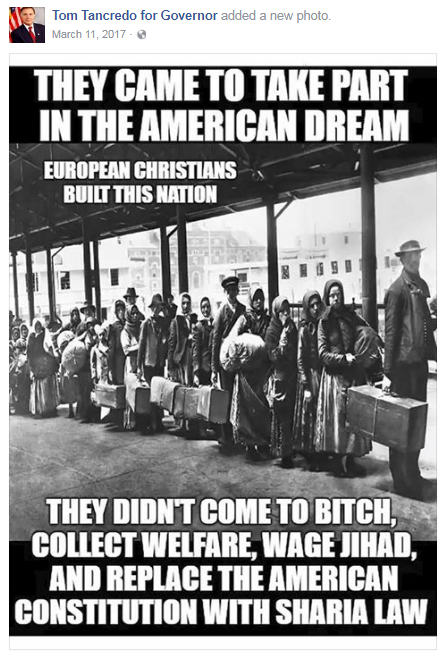