Facebook pages affiliated with the Coalition for Trump Superstore are using memes smearing Parkland shooting survivors David Hogg and Emma González to promote a merchandise giveaway on the store’s website. In addition, pages linked to right-wing clickbait sites that are publishing attacks against Hogg and González are also separately pushing the Coalition for Trump Superstore’s site.

Kellyanne Conway, Counselor to the President

Most of these memes have gained viral traction on Facebook since Hogg’s call to boycott Fox News host Laura Ingraham’s advertisers. At least 18 memes posted since March 28 have received over 2,000 engagements each, with the most popular post getting over 49,000 engagements. 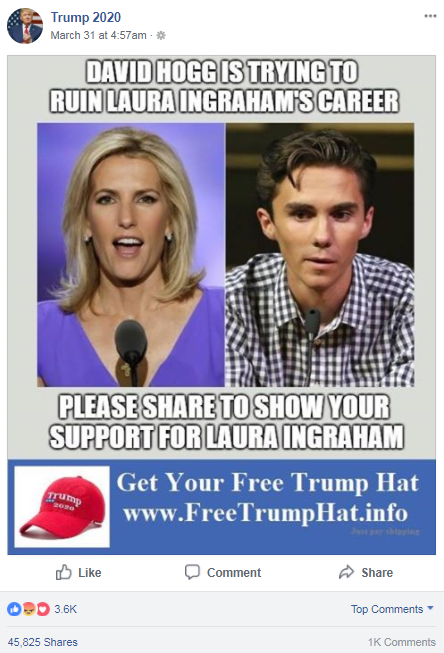 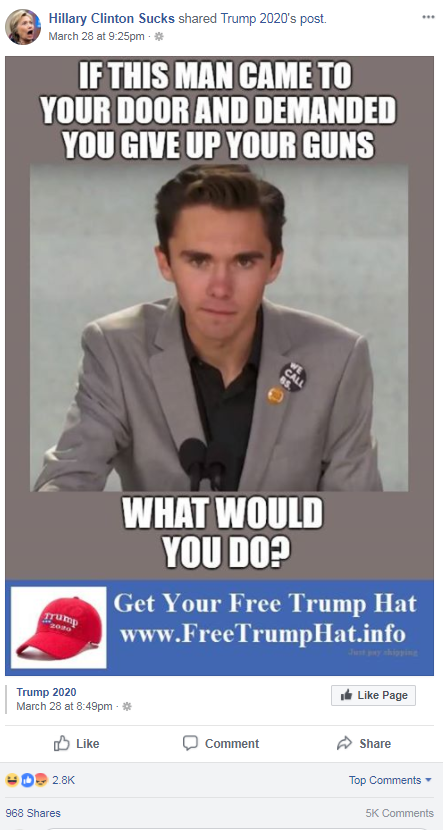 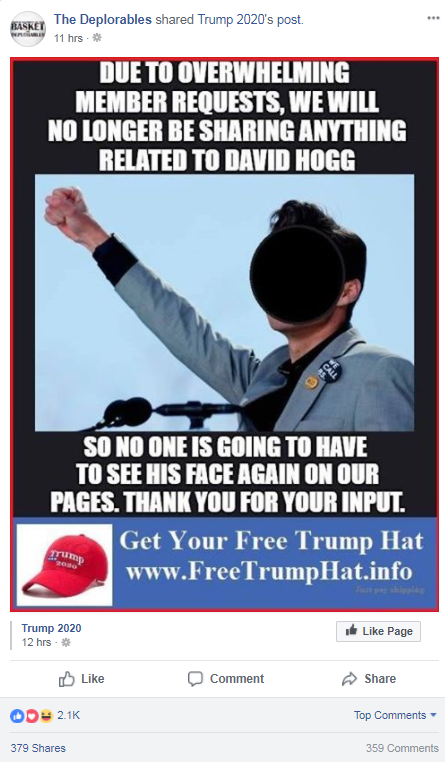 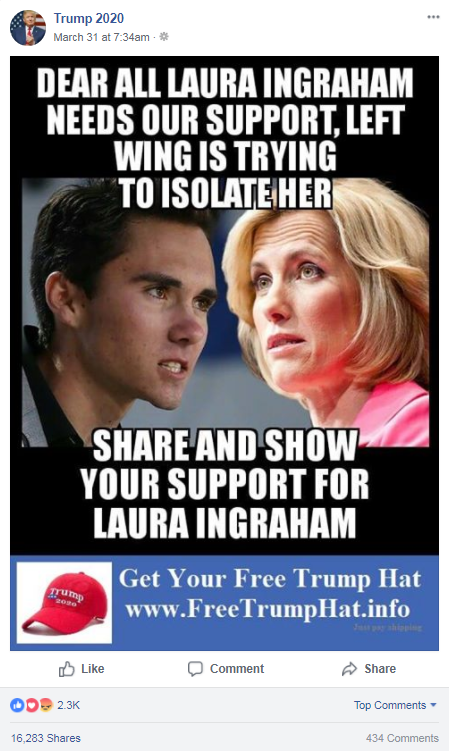 The Coalition for Trump Superstore is operated by America First Coalition, a group that seems to use social media to connect grass-roots conservative movements across the United States. America First Coalition also runs a cluster of small pro-Trump Facebook groups, including at least one group targeting Trump supporters in each individual state and Washington, D.C.

At least two other Facebook pages corresponding to conservative clickbait sites link their Facebook stores to the Coalition for Trump Superstore. The Facebook page run by Overpasses for America, a far-right fake news site, recently began promoting the Trump hat giveaway on its timeline. Overpasses for America has aggressively smeared Hogg and González over the past week, calling Hogg a Nazi, sharing sexist memes, targeting their ages, and promoting the far right conspiracy theory that Hogg was not present at the school during the shooting.

The Facebook page Trump Times also frequently promotes the Trump hat giveaway and smeared Hogg by comparing him to Hitler.