UPDATE: As of May 4, all of the Facebook pages and groups that Media Matters identified as part of this network have been taken down.

At least four Facebook pages, Trump Lovers, The Legends Of Nation, Amazing America, and Fox News HD (which has no connection to Fox News), have repeatedly linked to and are connected to the sites urduchanel.com, usavison.com, amazngamerica.com, americahunks.com, and urdukhabarnaama.com. The first four sites are registered to a “Qasim Saeed” in Jeddah, Saudi Arabia, and urdukhabarnaama.com is registered to a “shahak” in Mirpur, Pakistan. The Facebook pages have regularly linked to different fake stories and hyperpartisan content, with Trump Lovers, The Legends Of Nation, and Amazing America sharing many of the posts from the “Fox News HD” Facebook page. 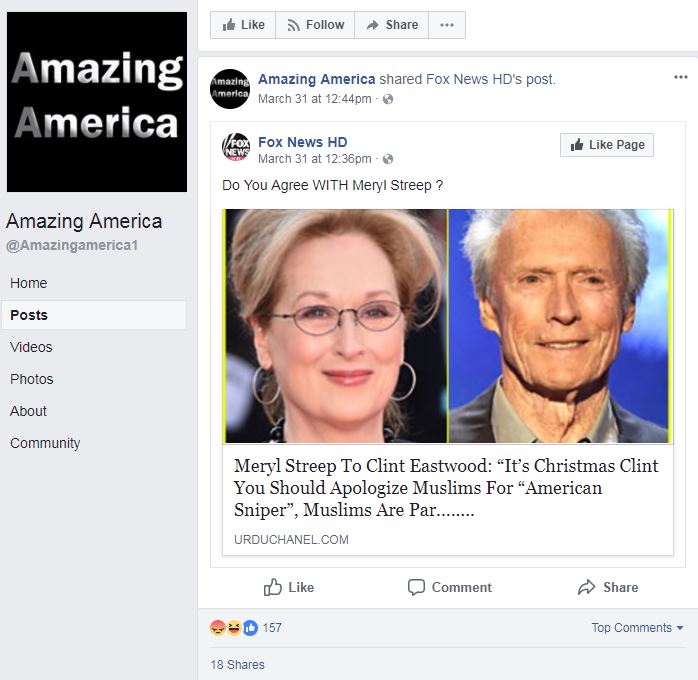 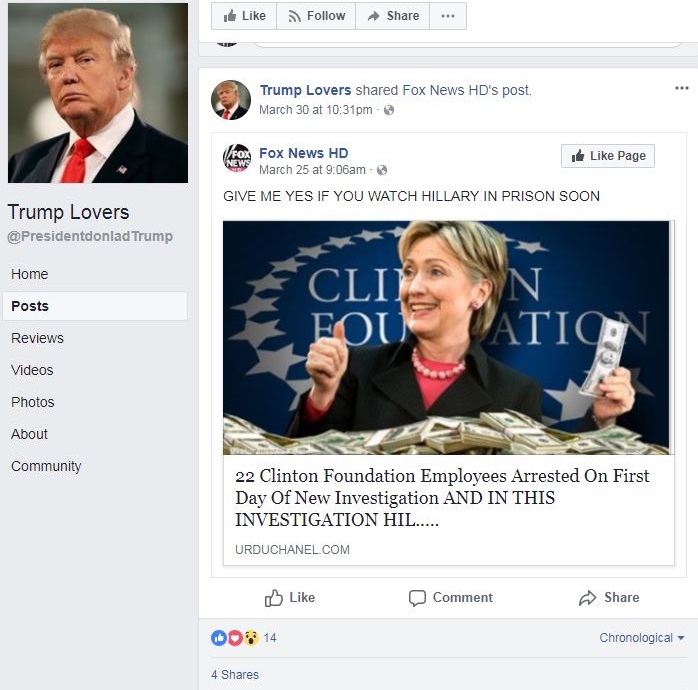 The Amazing America Facebook page also has a pinned post which invites users to a private group called Trump Supporters 2020.

User accounts Trump TRAIN, Muhammad Saleem, Zeng Jianfu, and Shaida Manzoor are in the list of administrators and moderators who run Trump Supporters 2020. Saleem’s account lists the Trump Lovers page as its workplace. Manzoor’s account has not only repeatedly promoted the group, but also wrote in an October post, “Need a frends who add frends in my group i will pay 5$ per 1000 members any body intrusted to do it i m ready for deal (sic).” A user responded to her post claiming he could do it if paid, to which Manzoor responded, “Come inbox i want to check first (sic).” It is unclear if the transaction happened. 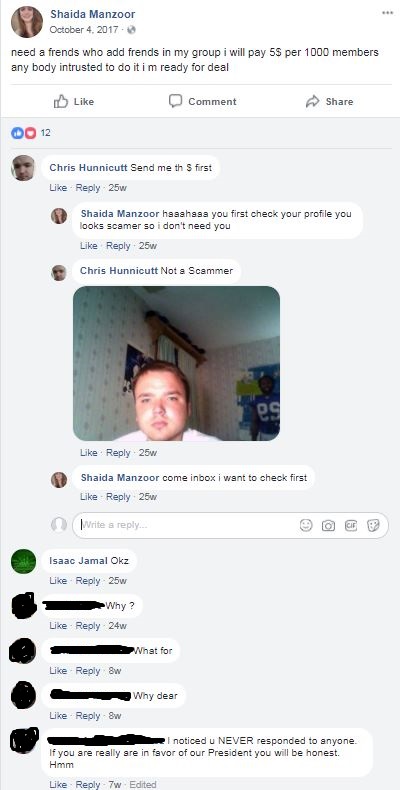 As BuzzFeed has noted, this practice of trying to buy members for groups violates Facebook’s terms of service.

Another group, President Donald J. Trump, Melania, Ivanka, Tiffany group, has nearly 52,000 members, and is run by some of the same accounts that are operating the Trump Supporters 2020 group, including Manzoor.

The accounts have also posted memes pushing fake news and hyperpartisan content, along with promoting urduchanel.com.

Fake news in American politics is a worldwide problem, not just centered around Eastern Europe. And some of these foreign sites monetize their fake news with Google AdSense (whose ads include the tag “AdChoices” at the top right). Facebook groups, whose content the platform plans to make more prominent in users’ news feeds, are now a hotspot for foreign meddling.