UPDATE: As of May 4, all but one of the Facebook groups Media Matters identified as part of this network have been taken down, with Sean Hannity Fans ( OFFICIAL ) the only one remaining up. The pages Conservative Today, Hannityfansofficial, and News Donald Trump have also been taken down.

A group of Kosovars are running a network of Facebook groups that look like they are based in the U.S., seemingly to fool users into clicking on their associated websites -- which often push fake news and hyperpartisan content -- so they can get traffic for ad revenue. The groups, which are likely all run from the Kosovan town of Podujevo, have more than 107,000 members combined.

Since the 2016 election, Facebook has come under fire for the spread of fake news on its platform. Much of that scrutiny has focused on Russian accounts creating American-looking Facebook pages and, to a lesser extent, Macedonians spreading fake news, sometimes via American Facebook groups. But not all of the foreign activity comes from those countries.

A Facebook group called Sean Hannity FANS (named after the Fox News host) formed about two years ago, offering what would probably appear to Americans to be a place to share conservative-related content. The group, which currently has more than 11,100 members, is administered by accounts Conservative Today, Hannityfansofficial, and apparently News Donald Trump, Labinot Rma Kosumi, and Blerina Shala as well. The group also has multiple moderators. 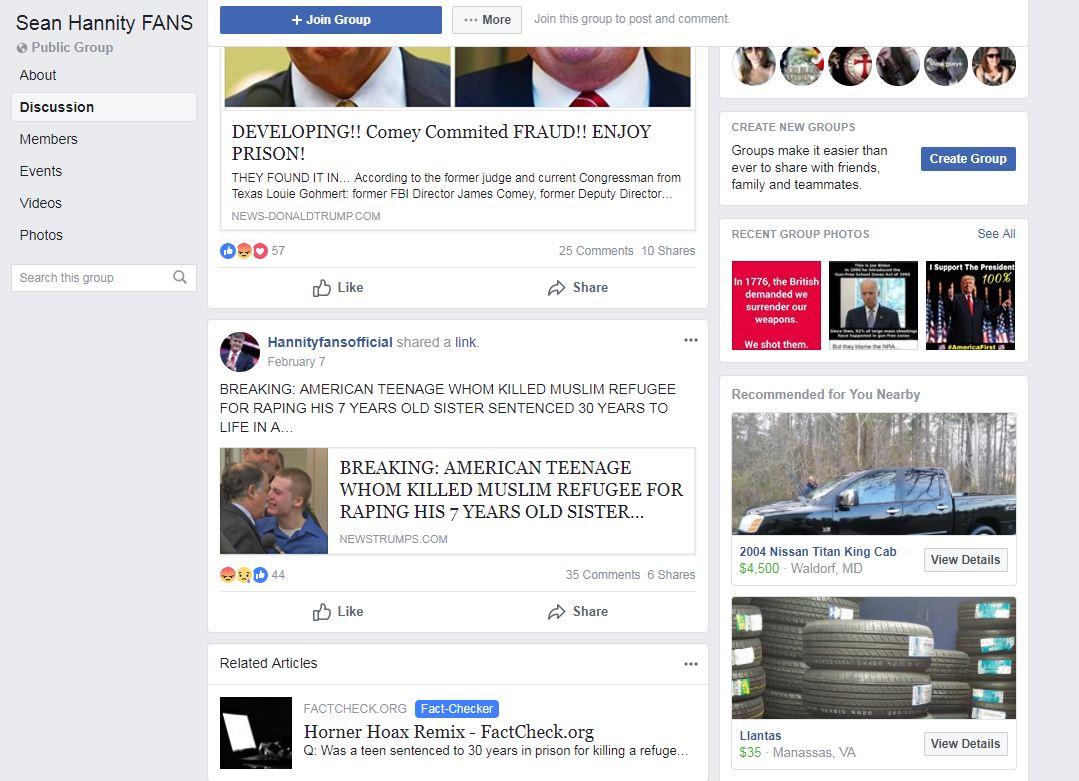 At least three other Facebook groups are run by most of the same accounts, where they also post fake news from the aforementioned sites. One of them, Trump Supporters 2020, has more than 36,200 members; it also has the same Hannityfansofficial and News Donald Trump accounts listed as administrators, along with another account for Labinot Kosumi and a man named Gzim Llugaliu (who claims on his page to have gone to a Kosovan college and to work for Google AdSense). And within the group, the moderators have repeatedly posted fake news and discriminatory and hyperpartisan content from the WebViners site. Another group, MAGA, which has more than 29,300 members, has the same administrators as Trump Supporters 2020, and they have repeatedly posted fake news and hyperpartisan content from WebViners there. A different group, Sean Hannity Fans ( OFFICIAL ), which is closed and has more than 31,000 members, has the same administrators and moderators as Sean Hannity FANS. Based on their history, it is likely that these accounts post fake news within that group as well. 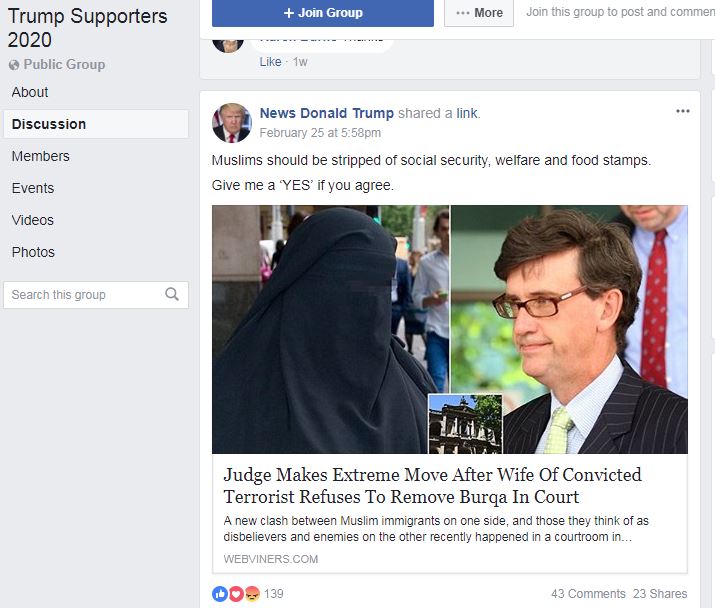 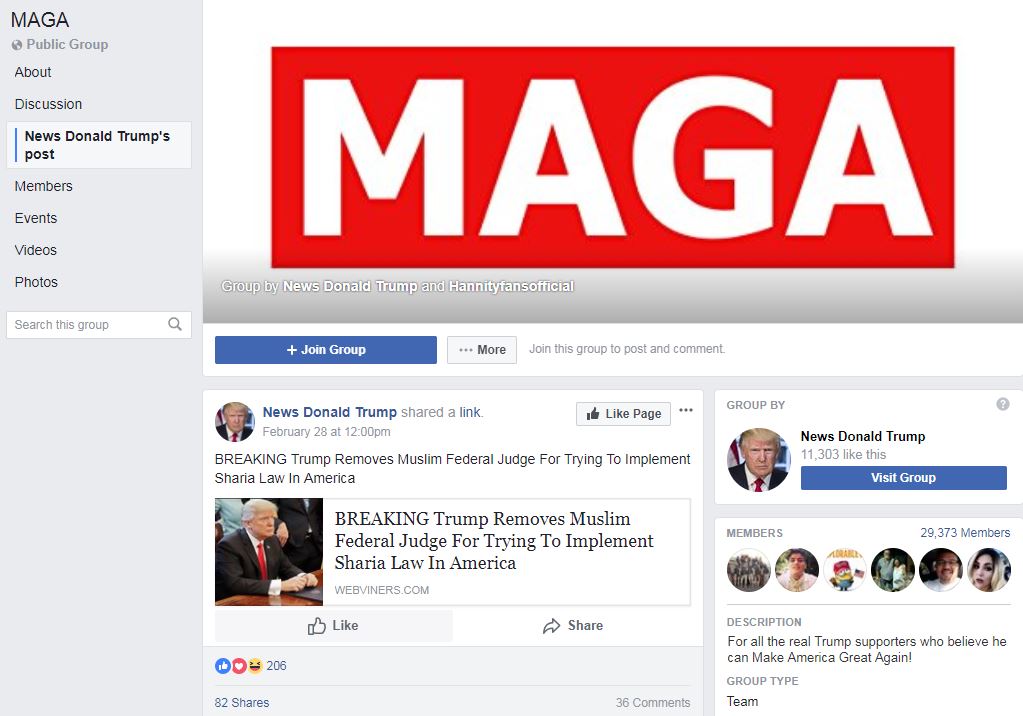 This network provides a venue for Kosovars, some of whom have also created numerous fake Native American pages, to trick Americans with fake news and hyperpartisan content to get clicks for money. Indeed, at least some of the websites they’re directing users to carry Google AdSense (whose ads include the tag “AdChoices” at the top right), allowing them to monetize their fake news and hyperpartisan content. These practices persist even though Google told Congress late last year that it had “taken steps” to demonetize bad actors pushing fake news. And, like with Russian propaganda accounts, this network will undoubtedly trick some Americans with entrenched partisan views into helping spread its content.