A fake news website that has been accused of being “used by the Russians as a proxy site to spread disinformation” (and has a verified Facebook page) made up a fake news story full of fabricated quotes that claimed that actor Morgan Freeman called for “that bitch” Hillary Clinton to be jailed.

YourNewsWire published an article on October 29 titled “Morgan Freeman: ‘Jailing Hillary’ Best Way To ‘Restore Public Faith In Govt,’” which claimed that Freeman said “that bitch” Clinton “should be in jail for her unlawful deeds and President Trump should absolutely, absolutely make sure this happens.” The story was shared on the website’s Facebook-verified page as well as the verified Facebook page of another fake news website owned by the same people. Additionally, the article was monetized through ads from the advertising network Revcontent, which has became one of the most widely used advertising networks for fake news websites. Lead Stories and Snopes, two fact-checking websites, debunked the story, noting in part that Freeman had supported Clinton during the 2016 campaign. 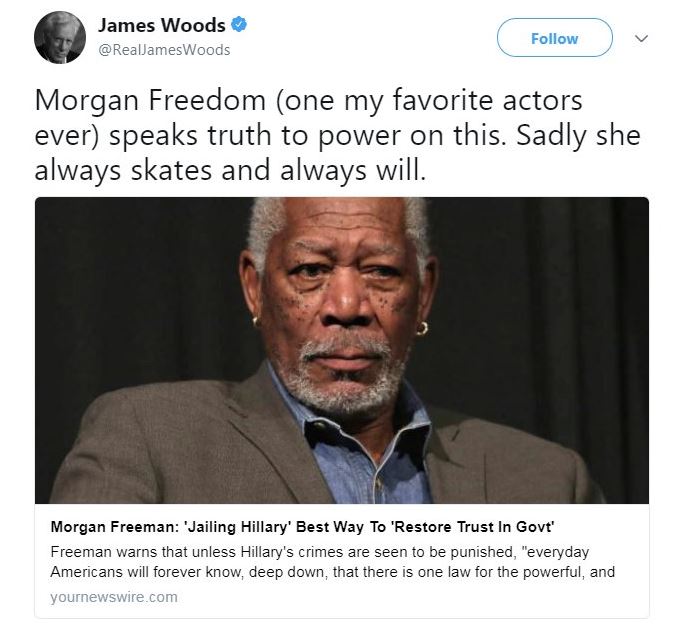 YourNewsWire has repeatedly pushed fake news stories, such as claiming that Hillary Clinton bribed Republicans in order to “destroy Trump.” Experts in the United States and European Union (EU) have reportedly accused the website of being a Russian proxy that helps push misinformation that seems to fit Russia’s messaging. Recently, the website created a fake story that Austria’s new chancellor was banning billionaire George Soros, who is disliked by Russia, and created another fake story claiming that the EU, which Russia has sought to undermine, was lowering the age of consent to 13.