Over the past couple of weeks, Facebook leaders including CEO Mark Zuckerberg have been repeating the talking point that the platform has found and deleted foreign accounts that pushed fake news about the December Alabama Senate special election. Zuckerberg even suggested that the accounts were deleted before they impacted “discussion around the election.” Yet a search by Media Matters has found multiple still-operational foreign accounts that pushed fake stories about special elections in both Alabama and Pennsylvania, most of which claimed voter fraud.

After Facebook came under fire over Cambridge Analytica, the data firm used by Donald Trump’s presidential campaign, collecting information from millions of accounts, Zuckerberg and other Facebook executives spoke with multiple news outlets to try to contain the fallout over both that scandal and Facebook’s misinformation problems. In an interview with The New York Times, Zuckerberg claimed the company had “deployed some new A.I. tools to identify fake accounts and false news” about the Alabama election, “and we found a significant number of Macedonian accounts that were trying to spread false news, and were able to eliminate those.” The following week, Facebook’s product manager also told reporters that the platform was “able to identify a previously unknown set [of] Macedonian political spammers that appeared to be financially motivated” during the Alabama election and “we then quickly blocked them from our platform.” And in an interview with Vox a few days later, Zuckerberg claimed that “we got [the accounts] off before a lot of the discussion around the election.”

Yet a Media Matters review has found that not only are there still multiple operational foreign accounts that posted fake stories about the Alabama election, but also that some of the things those accounts posted seem to have delegitimized the election in the eyes of many users who saw them. Many of their posts were derived from made-up stories from self-proclaimed troll Christopher Blair. They include the following: 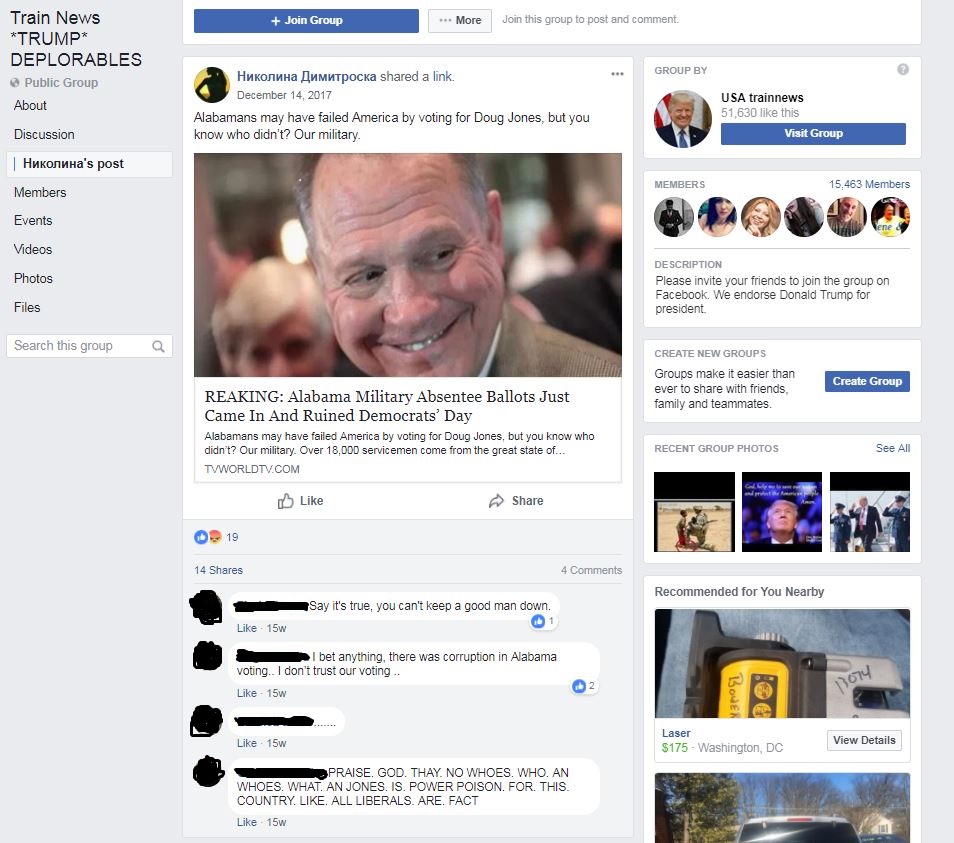 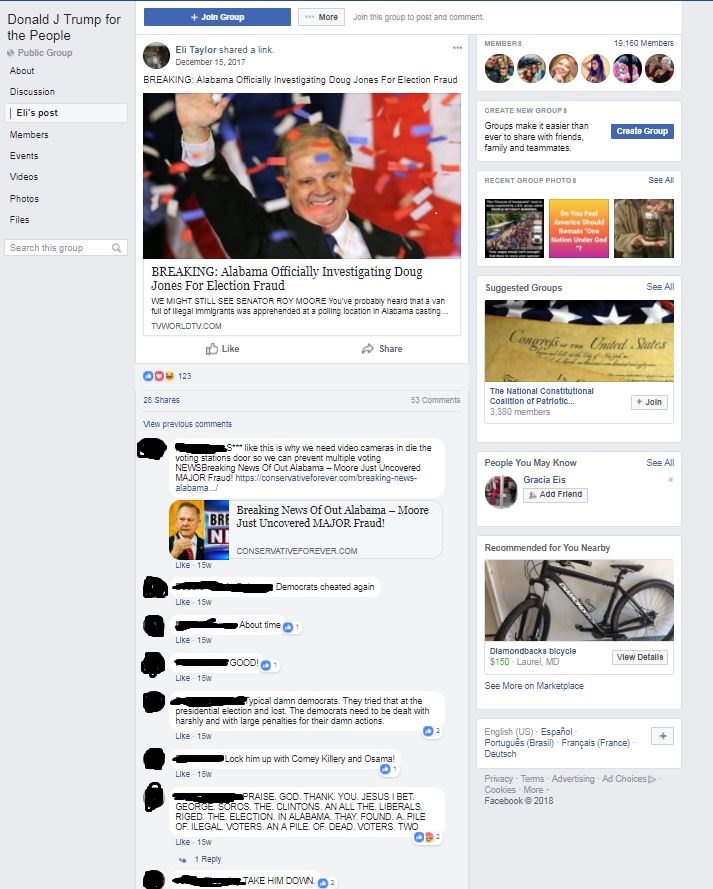 Facebook also seemed to miss foreign accounts that pushed fake news about voter fraud (also originally from Blair via his site dailyworldupdate.com) in the Pennsylvania House special election in March. An account that has foreign activity on its page posted a fake story from a Macedonian site in a pro-Trump group; it stated that a federal judge had nullified the election due to “wide-scale voter fraud.” While some correctly recognized the story was fake, other users wrote “hope it’s true” and “never know .. Dems with Soros have a lot of fraud going on.” The story was originally posted on a Facebook page likely connected to the same Macedonian site (it has repeatedly posted links from the site). Those who saw the fake story on that page wrote that it showed that we “will never have fair elections without voter ID,” that “voter ID is so important,” and that “Dems could not win without voter fraud.” 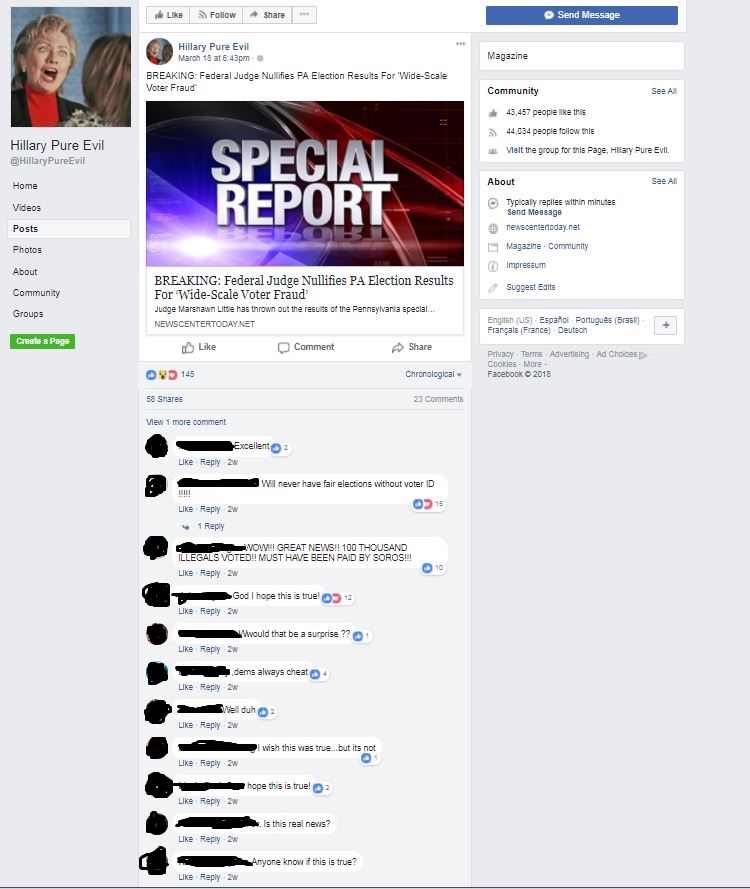 When asked by CNN about the possibility of someone using Facebook to meddle in the midterm elections, Zuckerberg said he was “sure someone's trying." He’s right. And Facebook’s failure to successfully shut down such users in Alabama and Pennsylvania suggests it will likely miss more foreign meddling this fall. And given that Facebook’s recent changes to its algorithms now mean content from groups, where much of this meddling occured, is more prominent in users’ news feeds, fake news posts in pro-Trump groups may very well be viewed by more people.