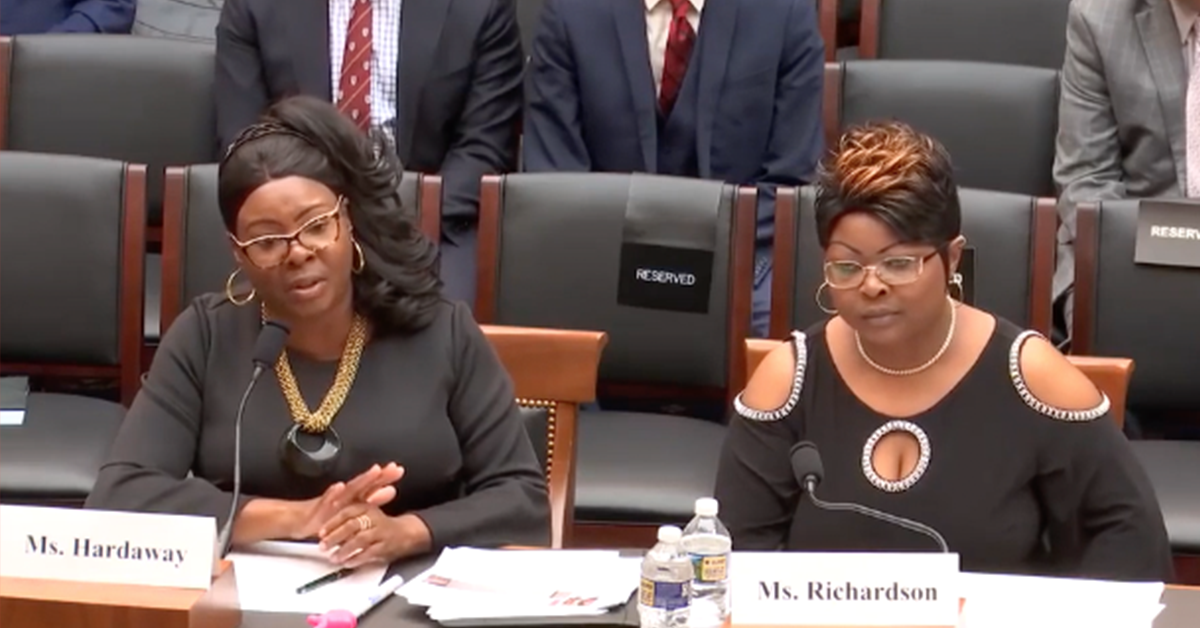 The House Judiciary Committee on April 26 held a hearing on debunked claims that Facebook censors conservative content. It included testimony from right-wing YouTubers Diamond and Silk about such supposed censorship but ignored actual issues of misinformation and privacy problems facing the social media giant.

Here are some of the most important takeaways from the hearing, titled “Filtering Practices of Social Media Platforms”:

1. The hearing was based on a false premise.

Over the past month, Lynnette Hardaway and Rochelle Richardson, right-wing YouTubers popularly known as Diamond and Silk who have recently become frequent guests on Fox News, have falsely claimed that Facebook deliberately kept their content from reaching their audiences and did not contact them to solve the problem. The YouTubers’ claims were quickly debunked, but Fox and others in right-wing media helped spread the false accusations, presenting them as a proof of Facebook’s alleged anti-conservative political bias. In fact, data from NewsWhip shows that conservatives weren’t systematically targeted on the platform and that conservative content had been some of the Facebook’s most viral in 2017.

2) Even though they were under oath, Diamond and Silk made numerous false claims.

During the hearing, Diamond and Silk continued to push the idea that Facebook was targeting them. The duo made numerous false claims about Facebook, saying that they were blocked on the platform and that Facebook “censored” them for six months. The pair also wrongly claimed that Facebook is not a private company because it went public on the stock market in 2012. Most notably, the duo claimed that they were never paid by President Donald Trump’s campaign, even though Federal Election Commission records show otherwise. The pair suggested that the FEC report was “fake news.”

3) The false premise of the hearing was called out.

Multiple Democratic members of the committee noted the false premise of the hearing. Rep. Jim Himes (D-CT), for instance, said its purpose was “to promote a false narrative,” and Rep. Ted Lieu (D-CA) exclaimed, “This is a stupid and ridiculous hearing.”

Perhaps even more notably, New York Law School professor Ari Waldman testified that Facebook has flagged content from both sides of the political spectrum and that Facebook’s change to the news feed to prioritize content from friends and family rather than “media or business pages” had nothing to do with ideology, despite claims that it played a role in the supposed conservative censorship. According to Waldman, “lots of content gets filtered out” because of this algorithm change, “but no more so from the right than from the left.”

Despite Waldman’s testimony -- and multiple media reports debunking the false claim of “conservative censorship” on social media platforms -- Republican House members repeatedly pushed the notion of such censorship, relying on talking points from right-wing media figures to support their claims. Rep. Lamar Smith (R-TX) said in his opening statement that conservatives were being “shadow banned,” a term far-right media figures have previously used. Smith also said that “Google’s new fact-checking feature appears to target conservative websites,” a claim also pushed by right-wing media and which was based on error on Google’s part rather than any malicious intent.

The committee only briefly examined legitimate issues facing social media platforms, such as their use to spread conspiracy theories and hoaxes. Rep. Ted Deutch (D-FL) discussed the obligations of social media platforms in dealing with these problems, specifically mentioning posts that targeted the Parkland, FL, mass shooting survivors.

But committee members almost completely ignored other relevant issues, such as the data privacy scandal involving Cambridge Analytica and Facebook’s role in helping incite violence in Sri Lanka and Myanmar. Christopher Wylie, the whistleblower in the Cambridge Analytica scandal, condemned House Republicans the day after the hearing for ignoring the issue of data privacy in favor of Diamond and Silk’s claims.