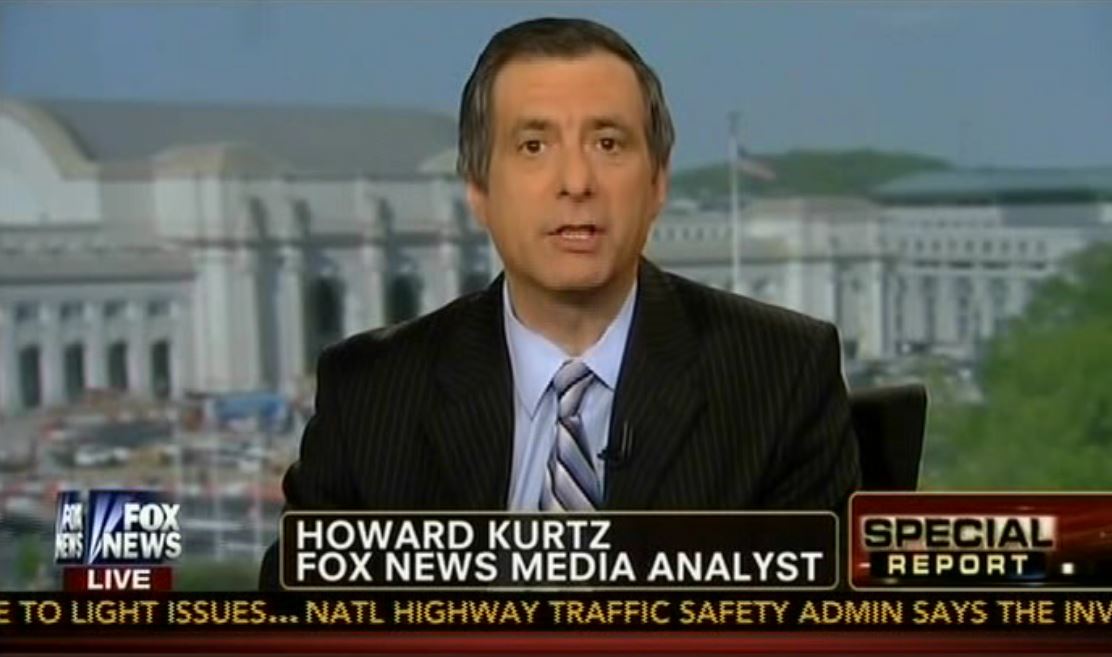 Ostensibly because August 26 was Washington Post Vice President and former Editor Ben Bradlee's birthday, Kurtz deemed it appropriate to publish an extensive description of photos Bradlee's daughter-in-law Pari Bradlee had posted on her personal Facebook account, asking if one revealing picture went “too far” and claiming the photos revealed her “candid approach to sexual matters”:

Her new profile picture, in a Swiss-cheese bra that leaves little to the imagination and long black leather sleeves and briefs, is so revealing that it drew a torrent of breathless comments. In another just-posted photo she is nude, shot from the back, twisting one arm behind her.

Pari Bradlee is a personal trainer and yoga instructor who gives private lessons and whose clients include many Washington A-listers. And she is marketing herself with a combination of Facebook's share-everything ethos and her famous last name.

From one perspective, Pari Bradlee's provocative poses might be viewed as a quick way to grab attention, especially in contrast to Washington's buttoned-down culture.

But she is part of a Facebook generation that lives online (with 1,957 photos in her case) and embraces a more candid approach to sexual matters.

Kurtz also quoted the comments Bradlee's friends had posted on the photos, including that her husband “obviously approve[d]” of the photos since he “liked” one of them, and ended his description of Bradlee's “provocative poses” by noting, “It's a safe bet that she is about to attract a lot more friends.”

According to Fox News, Kurtz's new show MediaBuzz will primarily “examine media bias while dissecting news events of the current and previous weeks,” and will also “analyze how social media has evolved and the effect it has had throughout the industry, including the stories that are most popular over the various social networks and how pundits use those mediums to deliver their specific narrative.”

Kurtz did not address in this column how discussing the sexuality and personal photos of a yoga instructor -- connected to the media “industry” only via her father-in-law -- fell within those parameters.