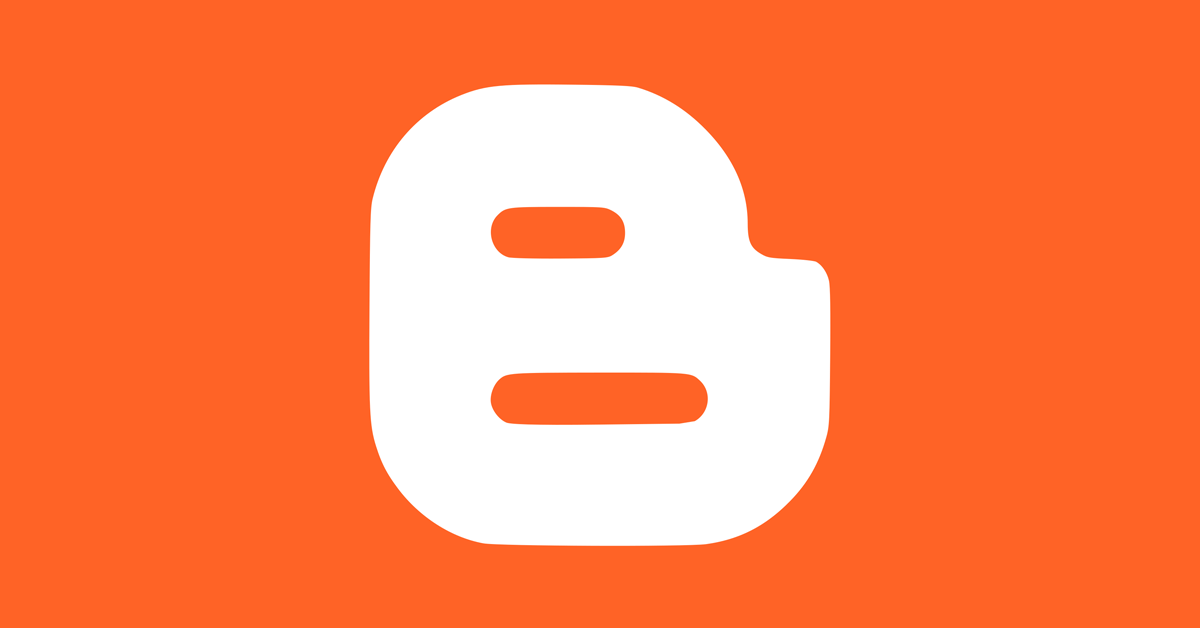 UPDATE: As of May 14, all of the sites connected to the Philippines mentioned in this report have been taken down except for International news and NewsFeed USA.

At least 15 websites that traffic in fake news and that seem to have connections to the Philippines are using Google’s Blogger service to host their sites. And many of the false stories they publish feature advertisements from AdSense, Google’s advertising network.

Google has come under fire since the 2016 election for becoming a platform ripe with misinformation and hate-based rhetoric through its search engine and its video streaming platform YouTube. Fake news sites and other bad actors have also relied on AdSense to monetize the spread of lies.

But those are not the only ways bad actors have relied on Google.

Media Matters has identified at least 15 sites with foreign ties that use Google’s publishing platform Blogger to publish fake news and hyperpartisan content. Registration information for most of the sites has been masked, but links to the sites have been spammed into Facebook groups by accounts that are either from the Philippines (many of the accounts say they are located in the Filipino cities of Quezon City or Dasmariñas) or have activity on their pages suggesting they are from the Philippines (such as posting in languages native to the Philippines). Some of the sites have also published fake news that targets minorities, even though Blogger’s content policy prohibits hate speech. The sites are:

Here are some of the fake news pieces the sites have published:

In the past month, Facebook-designated fact-checkers PolitiFact and FactCheck.org have called out some of these sites for publishing fake news.

Some of these sites have published fake news that targets minorities, even though Blogger’s content policy explicitly bars hate speech, specifically “content that promotes or condones violence against individuals or groups based on race or ethnic origin, religion, disability, gender, age, nationality, veteran status, or sexual orientation/gender identity, or whose primary purpose is inciting hatred on the basis of these core characteristics.” And some of these sites have been monetized by Google AdSense, whose content policy also bars its ads from being placed on pages promoting hate speech -- and from pages “enticing users to engage with content under false or unclear pretenses.” (Blogger promotes Google AdSense on its main page.)

Here are some of the fake news pieces these sites have published that target minorities: 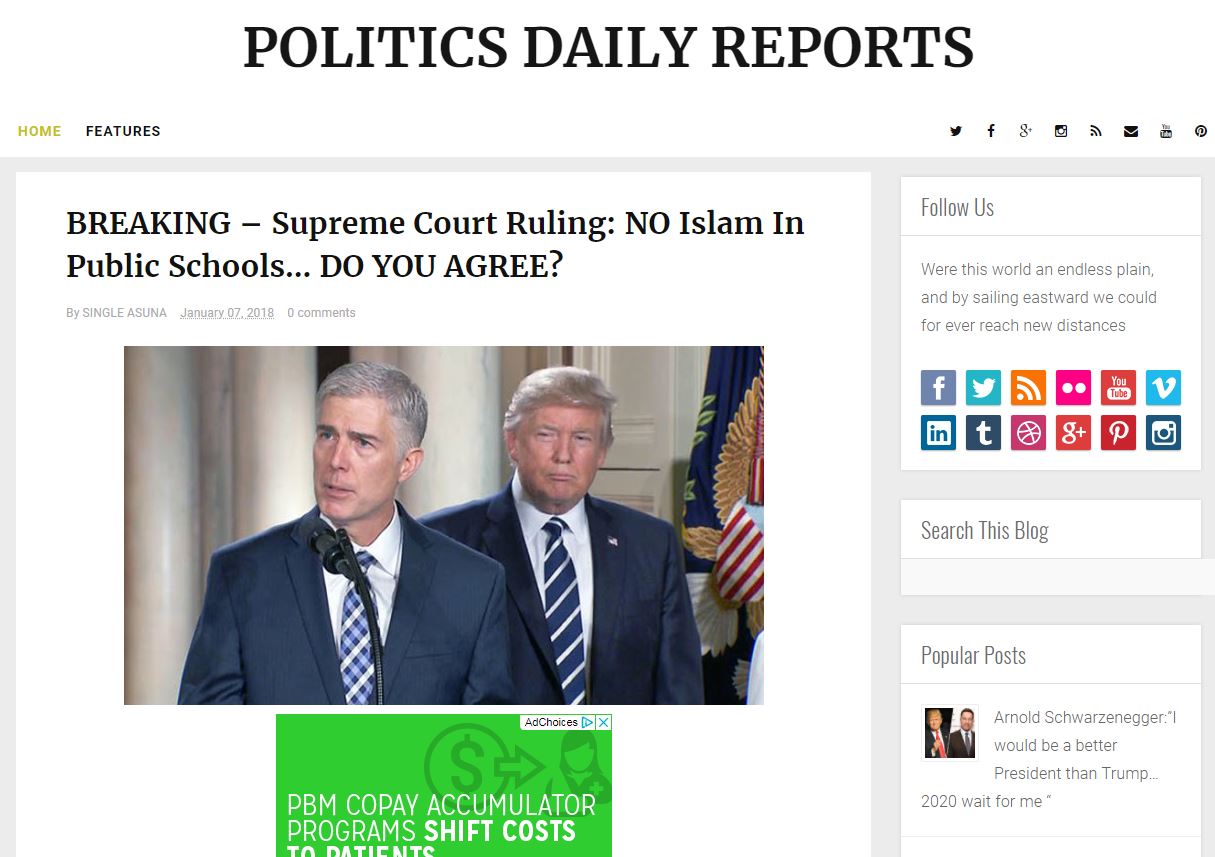 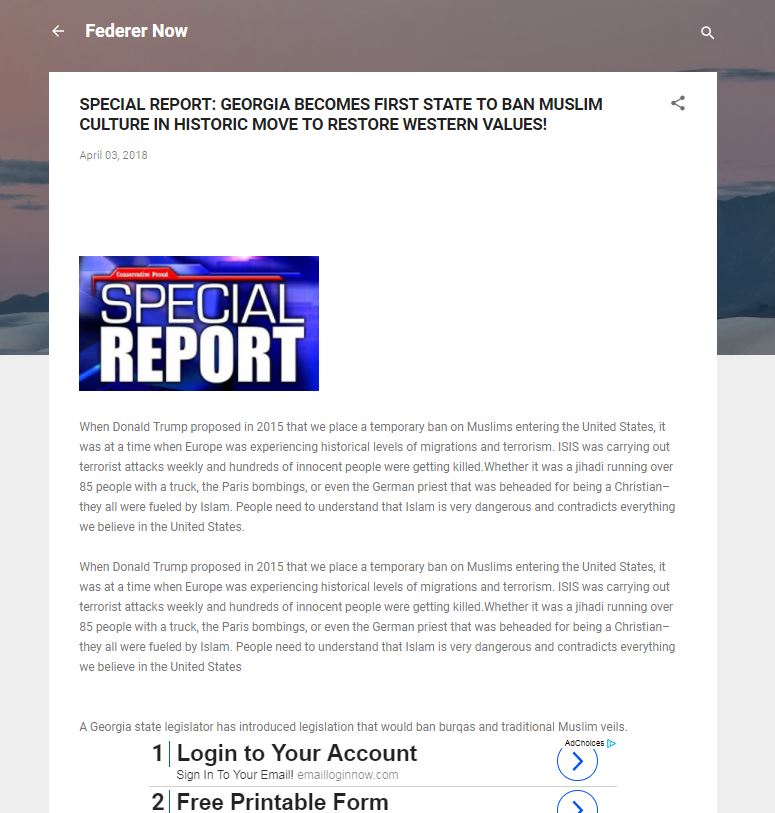 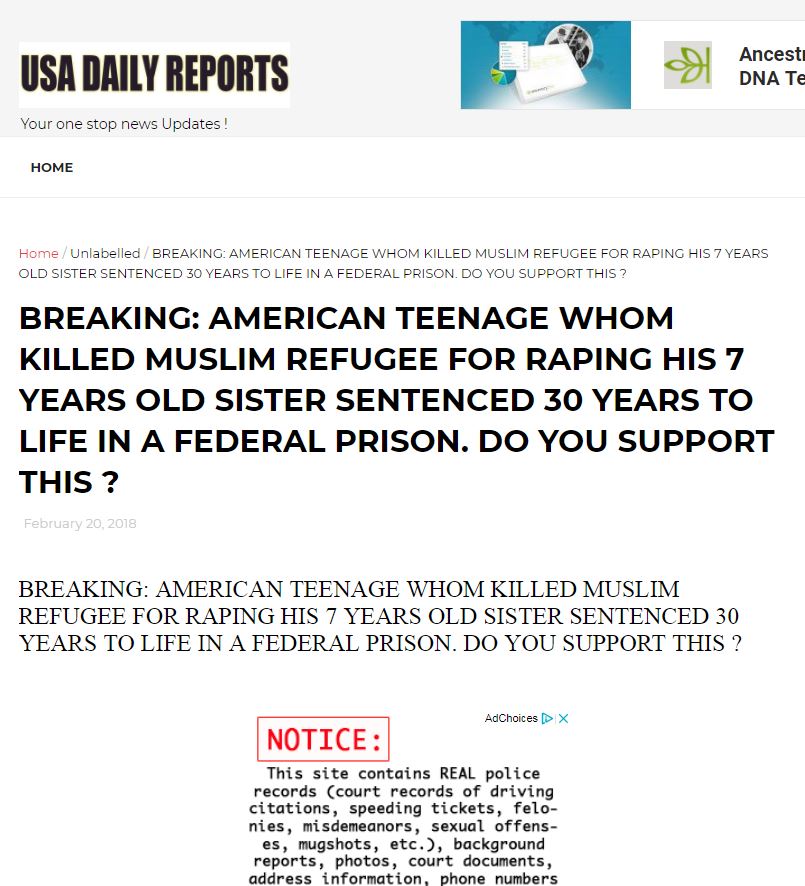 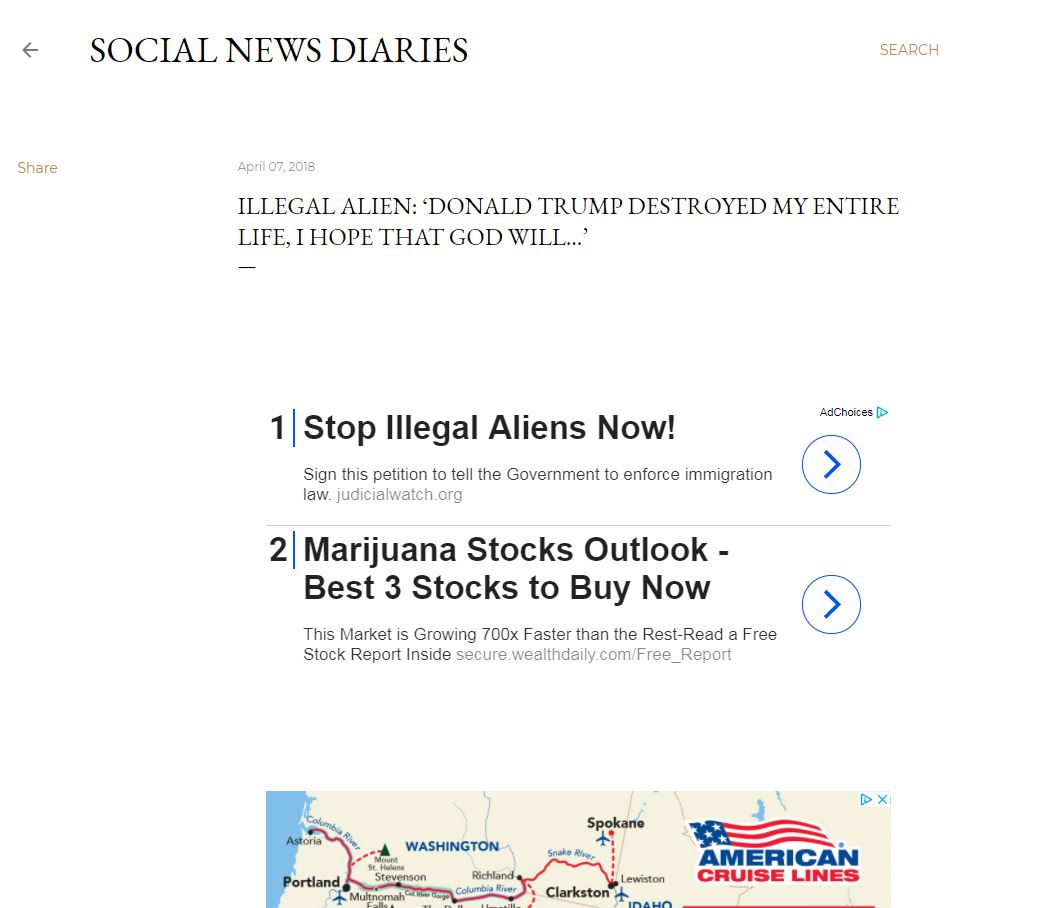 These are yet more examples of foreign actors exploiting the tech giants’ services -- along with the political and social biases of Americans -- to spread false or hyperpartisan content for money.