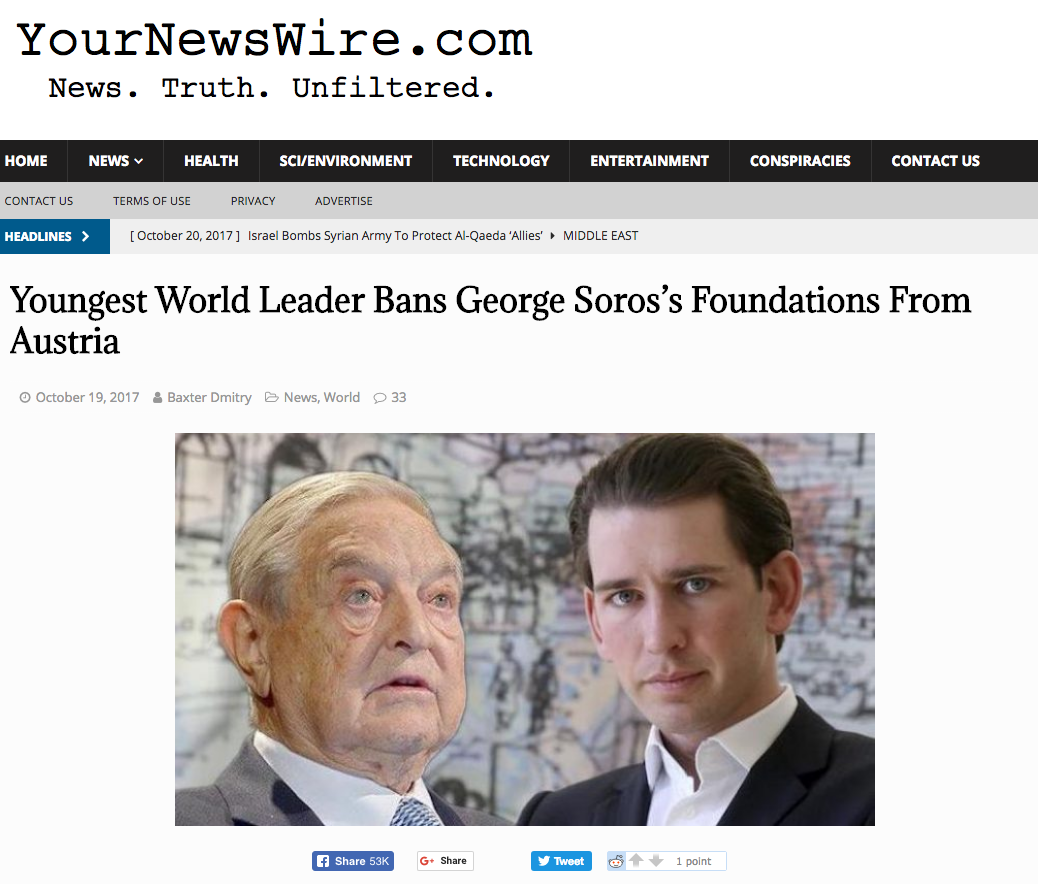 The site, which habitually pushes misinformation and publishes fake news, on October 19 published a fake news story headlined “Youngest World Leader Bans George Soros’s Foundations From Austria.” (Paradoxically, during his campaign, Kurz was accused on another Facebook page reportedly set up by an advisor to his opponent of “being part of the ‘dubious political network’ of Hungarian-American financier George Soros.”) The YourNewsWire story is being promoted on a Facebook-verified page affiliated with the site and disseminated on message boards like 4chan. It’s even seeping into right-wing media networks through the retweets of gullible right-wing personalities like Dinesh D’Souza, the discredited conservative author and filmmaker who has made false claims about Soros before. Advertisements alongside the article are courtesy of the advertising network Revcontent, which has also allowed other fake news purveyors to monetize false narratives.

YourNewsWire was classified as a “proxy” for Russia by the European Union’s East StratCom Task Force, a task force established to fight Russian propaganda. U.S. intelligence official and Kremlin propaganda expert Joel Harding similarly said the site has been “used by the Russians as a proxy site to spread disinformation.” The site is one of the most prominent fake news purveyors to receive a verification check mark from Facebook, granting it a degree of legitimacy that enables the spread of its fake narratives. The verification also contributes to the argument that Facebook is toothless when it comes to combating Russian influence in American politics.

Russia has previously engaged in attacks targeting Soros for the work of his philanthropic foundations in Eastern Europe. As reported by Politico, the Kremlin sees Soros’ “funding for civil society groups in former Soviet satellite states as part of a plot to install pro-Western governments.”

In the piece, YourNewsWire quoted Kurz as saying the following:

If the bombastic quote attributed to Kurz seems eerily familiar, it's because it was lifted word for word from a 2009 Rolling Stone article written by Matt Taibbi: 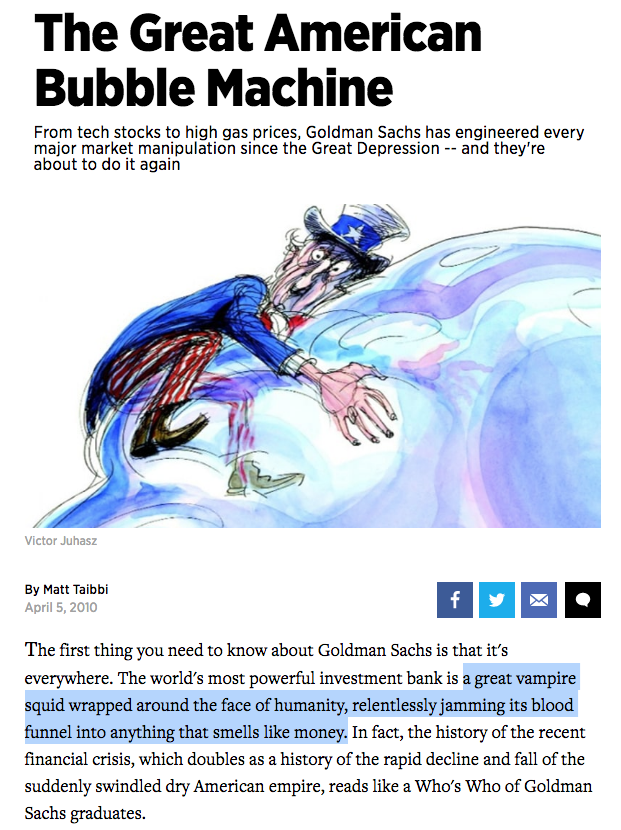