Fake news sites YourNewsWire and Conservative Daily Post, which have trafficked in hoaxes and hyperpartisan clickbait articles, have seen some of their Facebook traffic fall recently, according to a new report from the social media analytics company NewsWhip. However, these sites still have relatively high engagement, suggesting Facebook has more work to do.

The April 24 report suggested that Facebook’s recent changes, such as pushing up “meaningful” content in people's news feeds, may have had some impact on at least two fake news sites. NewsWhip also noted that the average engagement of YourNewsWire’s two Facebook pages dropped during the first months of 2018, even though the page gained followers. 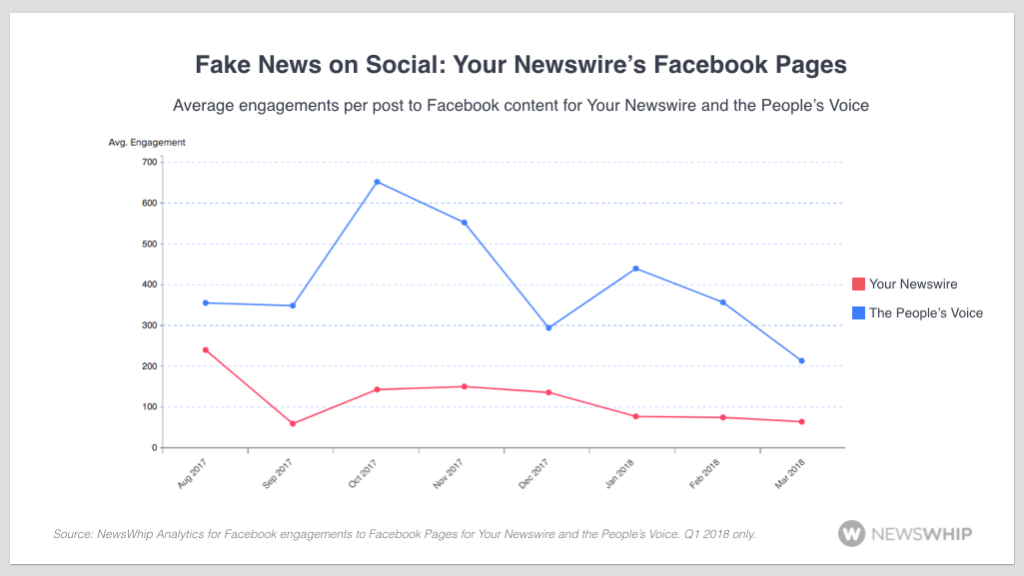 Yet the site still has high Facebook traffic overall, including, as the report noted, some of “the most viral stories of the year.” 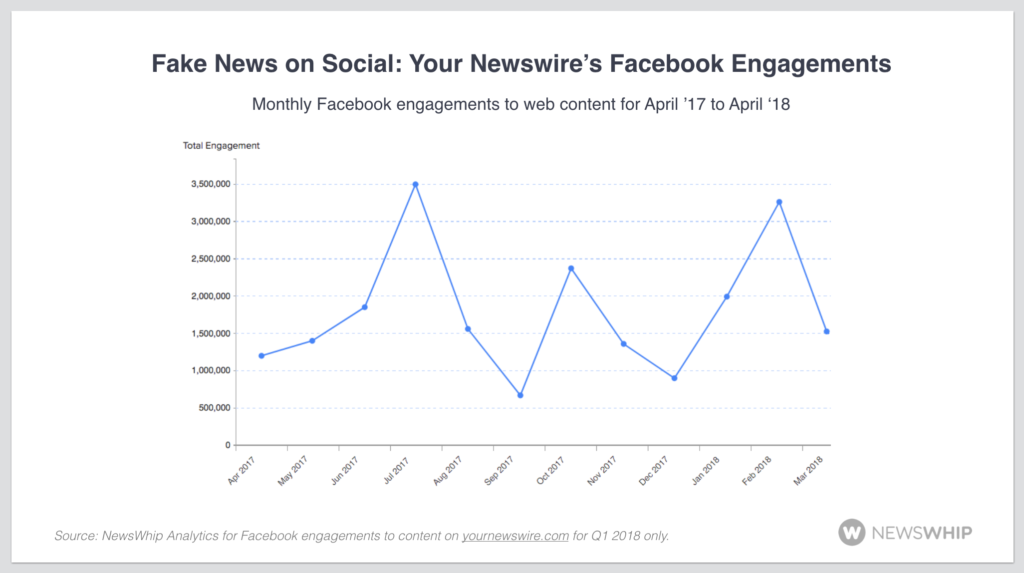 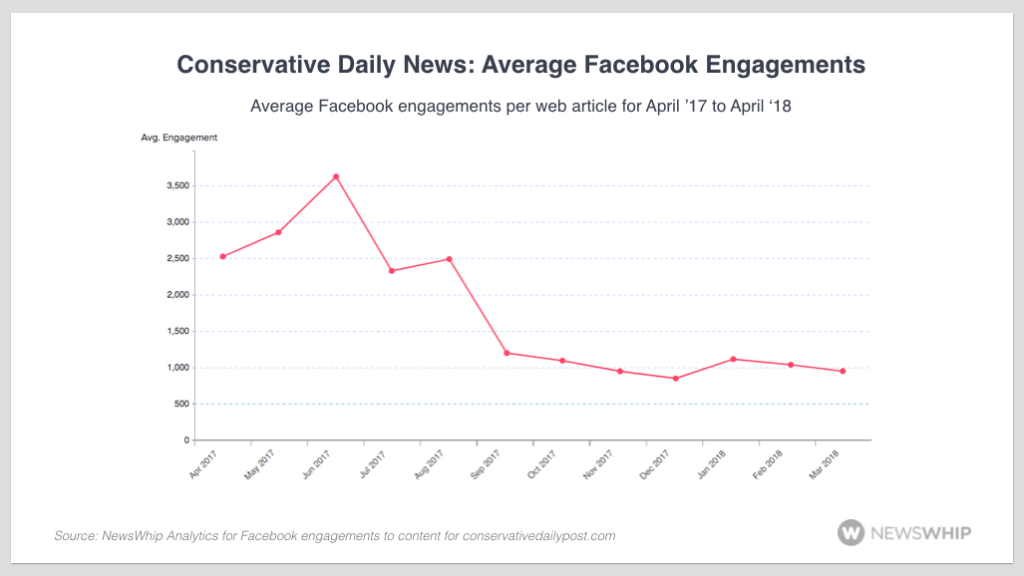 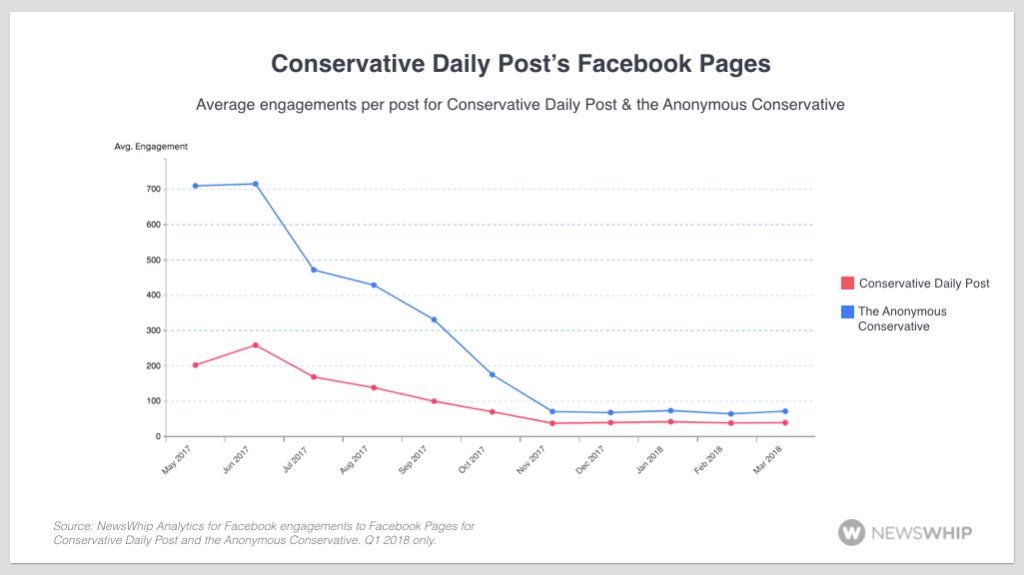 Some of the site’s recent posts have still gone viral, including a false claim that Rhode Island’s governor ordered the confiscation of guns from people deemed dangerous. The story has received 53,700 Facebook engagements so far. A post alleging that Parkland, FL, school shooting survivor David Hogg was a “crisis actor” has also received 38,000 Facebook engagements.

In fact, the site’s total number of monthly Facebook engagements has not changed much. 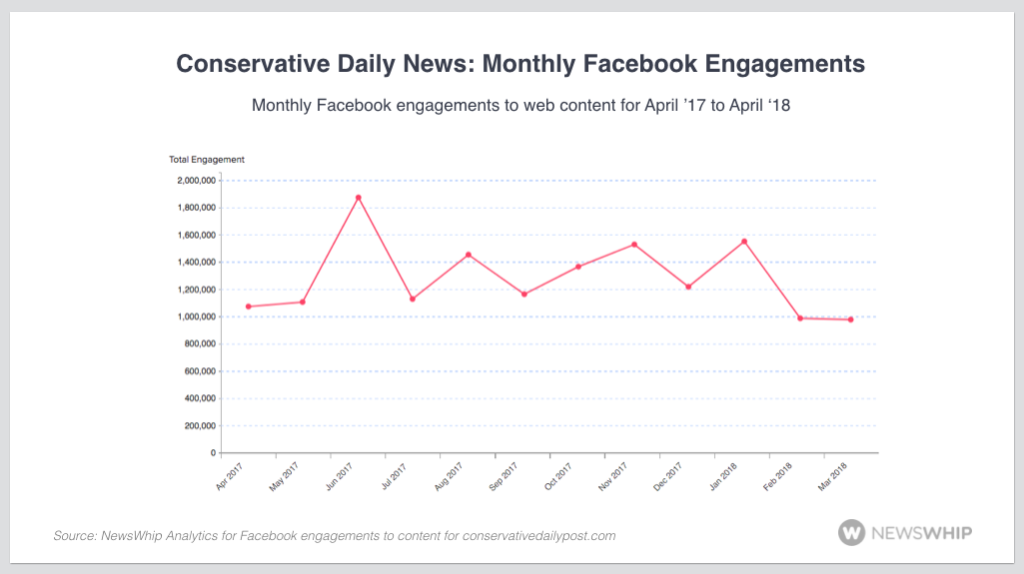 Fake news from other sites has also still gone viral. Examples include a hoax prematurely claiming former first lady Barbara Bush had died and a hoax about singer Celine Dion that multiple sites published. Conspiracy theories, such as those targeting the Parkland survivors, have also found a home on Facebook quickly. And until last month, Facebook did not allow fact checks of photos and video, letting hoaxes in that format go viral on the platform.

Facebook also plans to make group activity on its platform more prominent in users’ news feeds. Facebook groups have become a hotspot for foreign actors to spread misinformation, and some are setting up their own groups to push hoaxes to Americans.

Fake news sites are still getting a significant amount of traffic, and when some stories gain traction, they can still go viral. Facebook has said it is moving “false news” lower down in users' news feeds, but clearly the platform still has a misinformation problem.