UPDATE (7/17): A Facebook executive reportedly claimed in a congressional hearing to not know that Jon Kyl was working with the Trump administration.

A Wall Street Journal report reveals that Facebook arranged a meeting with about a dozen news companies. The social media giant invited roughly six conservative outlets, seemingly to act as a counterbalance to the more mainstream outlets in attendance, according to BuzzFeed’s Ben Smith:

At the off-the-record meeting between Facebook officials and publishing executives in New York on Thursday, BuzzFeed Editor in Chief Ben Smith said that, by his count, there were about six conservative-leaning publications among the dozen or so outlets represented at the gathering. He said the ratio implied a fundamental misconception among Facebook employees about the workings of the news industry, according to people familiar with his remarks.

Mr. Smith said that the number of conservative publications in attendance indicated that Facebook had bought into the idea, promoted primarily by conservatives, that mainstream outlets such as the New York Times are liberal and should be counterbalanced by right-leaning opinion outlets, said people familiar with his remarks.

Facebook rolled out the welcome mat to conservatives previously as well. In 2016, the company met with conservatives complaining about content being suppressed on the site, and even though an internal review found no bias, Facebook fired its human editors anyways, flooding the site with fake news. In 2017, when conservatives starting baselessly complaining about new fact-checking partners working with the site, Facebook added right-wing site The Weekly Standard as the only partisan fact-checker. This year, when conservatives started baselessly complaining about content being suppressed again, they hired plugged-in Republican lobbyist Jon Kyl, a former Arizona senator, who is also working with Trump on the side to get his Supreme Court nominee, Brett Kavanaugh, confirmed. In June, Facebook executives also reportedly met with House Majority Leader Kevin McCarthy (R-CA), RNC chair Ronna McDaniel, and Trump campaign manager Brad Parscale to discuss “bias against conservative content.”

All of these concerns are total nonsense. A study we conducted using internal Facebook data shows that among top pages, conservative content outperforms liberal and nonaligned content on the platform: 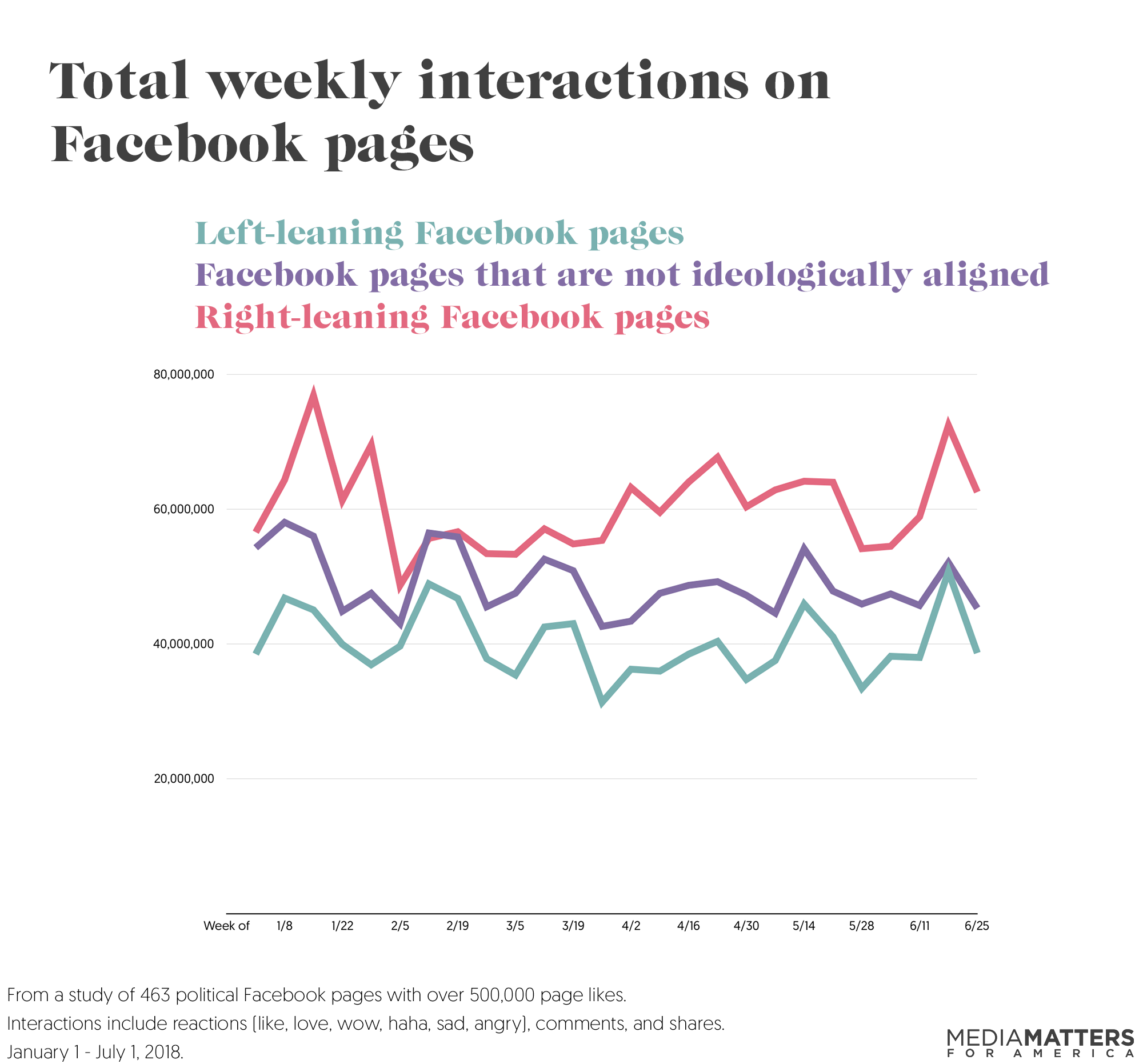 Right-wing photos (that is, memes) are the content that gets the most engagement on the platform: 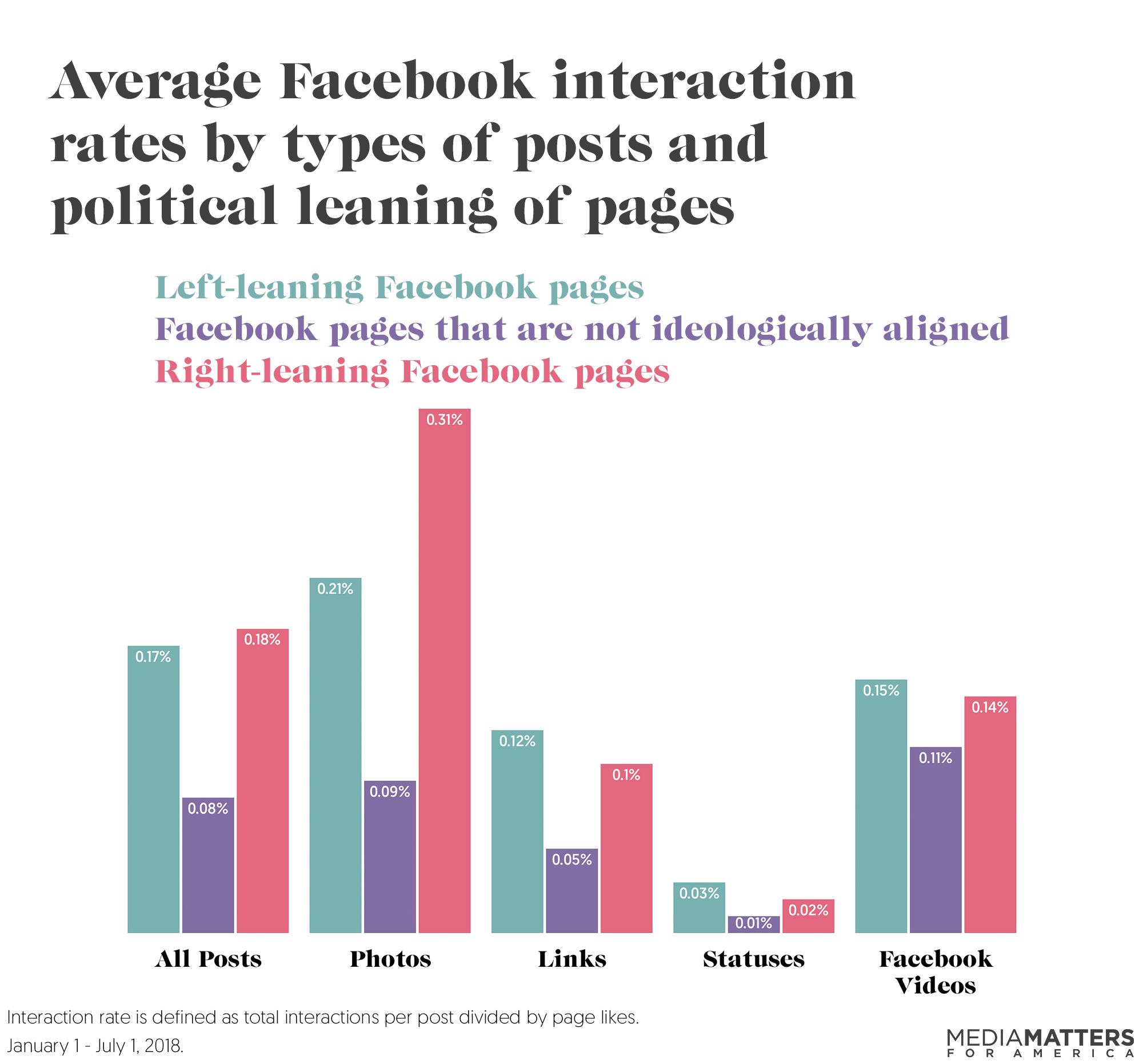 Specific allegations have also been debunked. And yet, conservatives are never going to stop complaining to Facebook. Progressives should feel empowered to do the same. In the absence of any regulatory regime, it’s apparently the only thing that Facebook listens to.