A fake quote from New York Democratic congressional candidate Alexandria Ocasio-Cortez is spreading online about “Medicare for all” having “no real cost.”

On July 29, Facebook user Rick Cantón posted a meme of Cortez with the quote, “Yes, I realize that Medicare for all would cost 30 trillion dollars over 10 years, but think about it - trillion is just a billion with 3 zeros added and zeros have no value, so there is no real cost.” Cantón also wrote in the post, “She deserves all the parodies. all. of. them.” In response to a comment on the meme, Cantón wrote, “She didn't say it. But she IS that stupid. Which says a lot about those who voted for her.” But many people wrote comments suggesting they believed the quote was real. 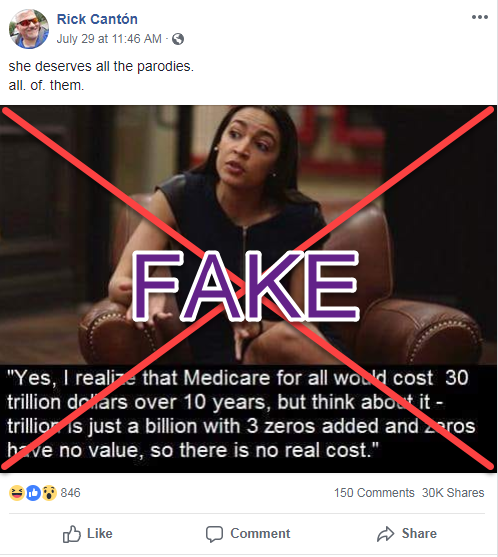 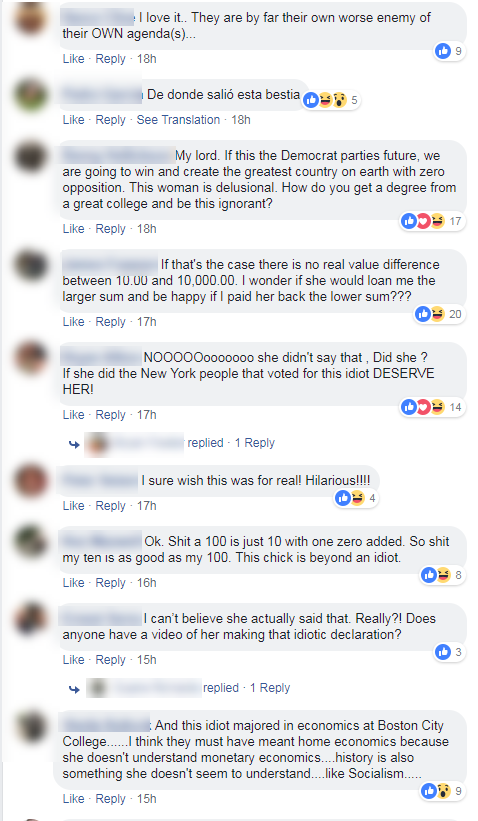 The post has received more than 30,000 shares, and it was also shared by popular conservative page Judge Jeanine Pirro has Fans, where some users took the quote as real: 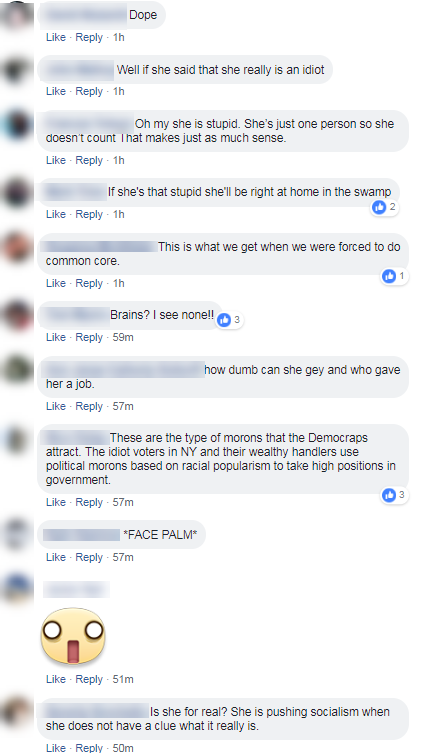 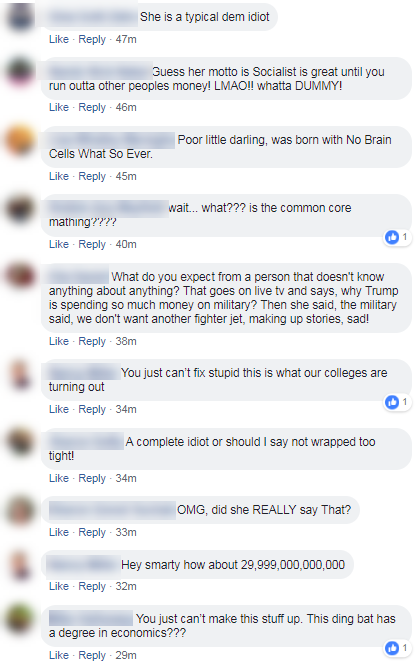 The meme has also spread elsewhere on Facebook, giving it thousands more shares. Many users commenting on those posts seemed to believe it was real: 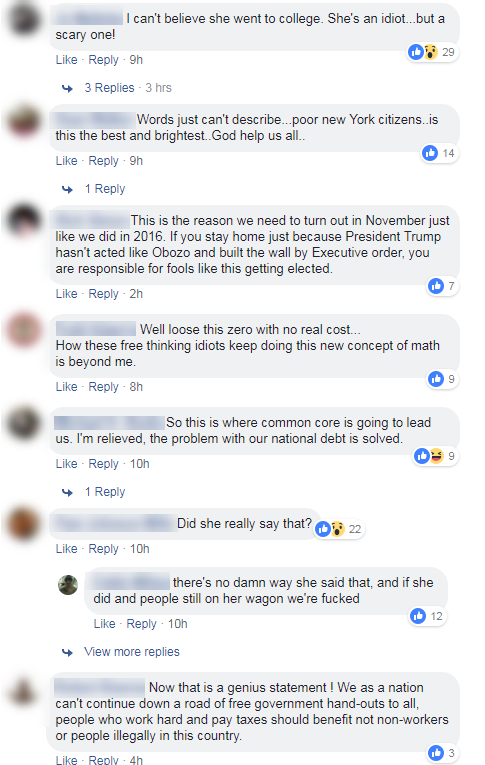 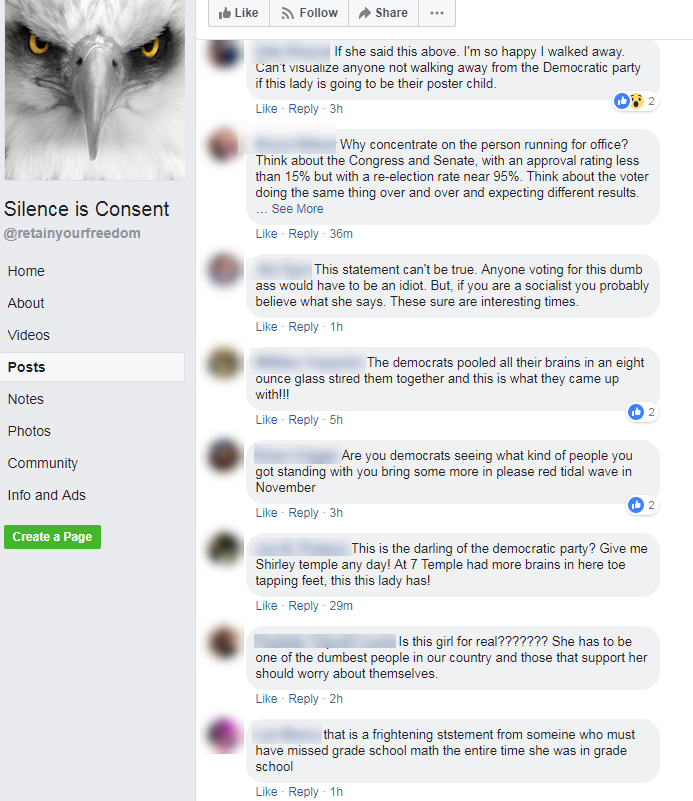 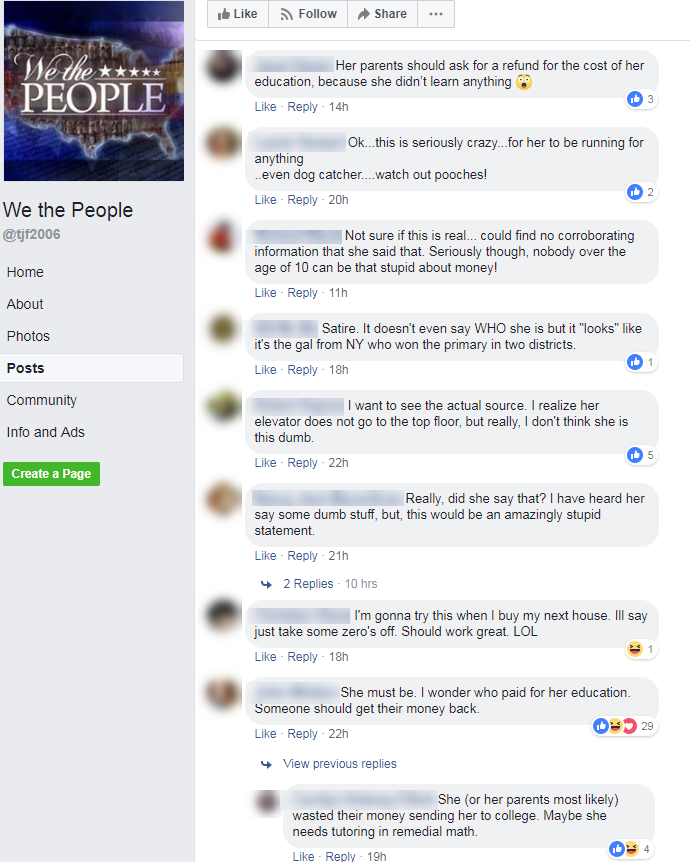 The meme has also spread to Twitter, and accounts have shared the meme as if it were real: 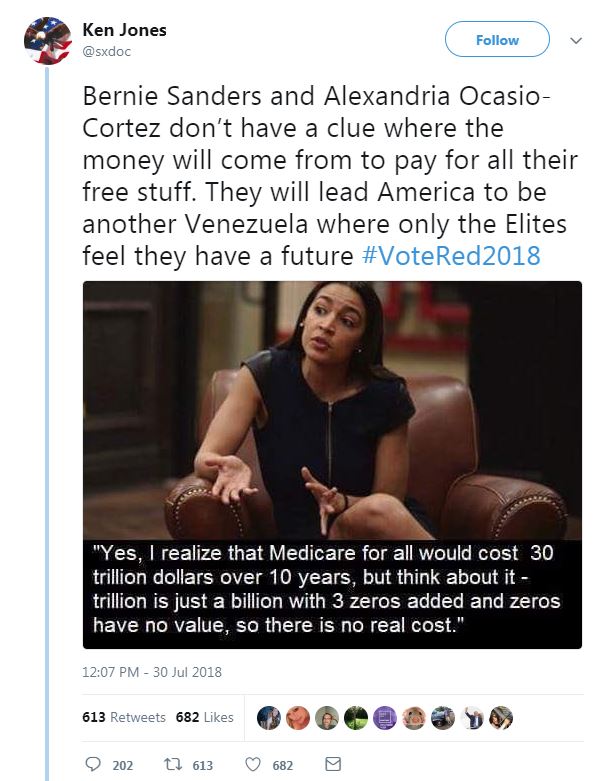 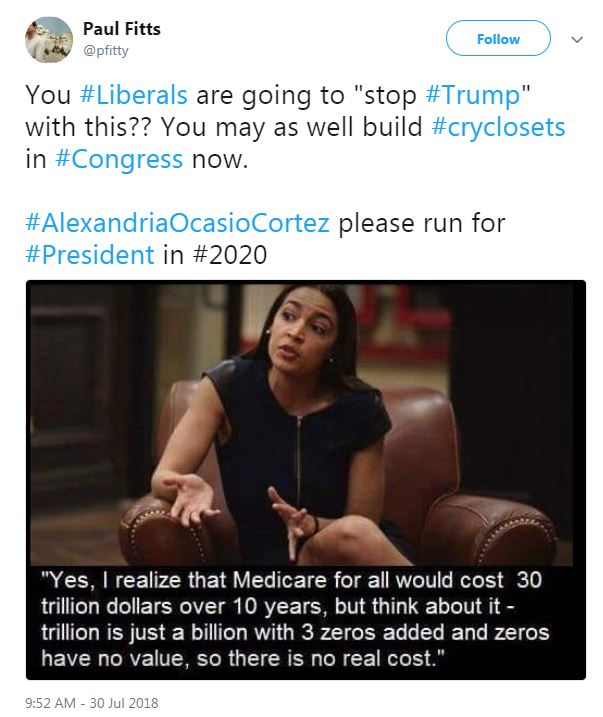 The meme also spread in multiple threads on Reddit’s “The Donald” subreddit, where users wrote that the quote showed millennials are actually “that stupid” and that “double digit IQ drug addicts” would support Cortez.

This is not the first misleading or made-up story about Cortez to spread online. Last week, right-wing network CRTV created an unflattering fake interview with Cortez using footage from a PBS interview with Cortez and shared it without a clear disclaimer that it was satire. The video received nearly a million views and was shared throughout Facebook before a satire disclaimer was added, with many users indicating they thought the interview was real and attacking Cortez over it.