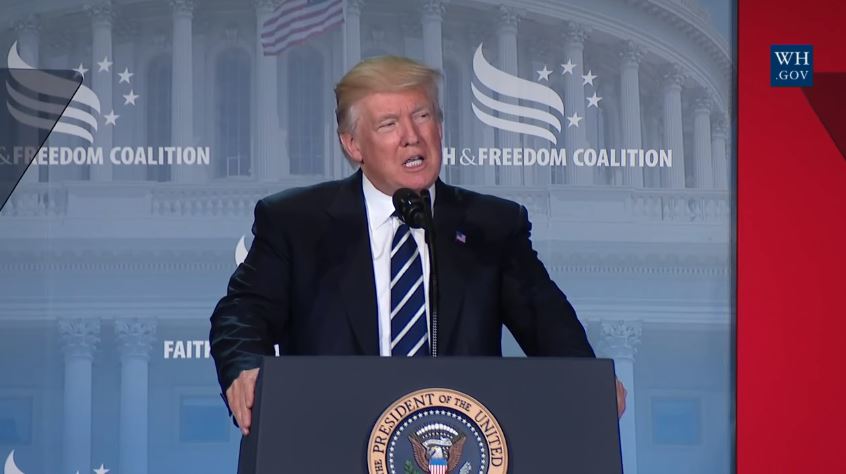 The rain has been pouring down on the White House all week, and Fox News can’t make it stop.

In what has arguably been President Donald Trump’s worst period in the Oval Office and what has likely been the most dramatic week in terms of scandalous revelations and allegations, the White House has been under a deluge for days.

Barely able to keep up with the rat-a-tat-tat of shocking disclosures that have surfaced surrounding the ever-expanding Russia controversy -- and specifically surrounding former FBI Director James Comey’s testimony before Congress where he alleged Trump ordered him to call off the bureau’s criminal investigation into a key Trump aide -- the White House finds itself at the center of a raging storm.

Traditionally, at moments of political peril for Republicans, Fox News and the right-wing media are supposed to provide shelter from the storm. The obedient outlets are supposed to do whatever it takes to soften the controversy, whether it’s casting doubt on the facts, attacking the GOP’s accusers, pushing hypocrisy, pretending there’s no there there, or simply changing the topic.

Fox and its friends have tried that all week; they have tried really, really hard. See Fox's Sean Hannity the night before the Comey hearing:

And they’ve tried for months now as the Russia scandal has metastasized in plain view since Trump was inaugurated. “Fox has consistently tried to ignore, mislead about, downplay, distract from, and create an alternate reality around the FBI's probe," Media Matters recently noted.

Yes, lots of right-wing players aggressively announced that the Comey hearing represented a “disaster” for Democrats and therefore a win for the White House, while still clinging to the idea that the whole Russia story remains a liberal media hoax.

Friday morning, Trump himself celebrated the hearing as supposedly offering him “total and complete vindication” and praised Fox & Friends for its loyal coverage.

But it’s not working. In the real world, the scandal, the revelations, and the investigations have, at least for now, overwhelmed the right-wing media’s ability to run interference for the Republican Party.

It’s the sheer size and scope of the scandal that have besieged Trump’s loyalist outlets. They’re simply not built to fend off a story of this magnitude, one that’s been expanding throughout all of 2017. And it’s a blockbuster story that will almost certainly have legs well into 2018, thanks in part to the fact that special counsel Robert Mueller and his team will likely still be investigating then, since special counsels in the past have often taken years to complete their work.

Traditionally, Trump’s loyalist media are more adept at distracting from and creating an alternative universe for a short-term story or mini-controversy.

They’re less effective, though, in marshaling a long-term, defensive campaign to undercut a story that haunts the White House on a monthly, weekly, and sometimes daily basis. (For instance, they were never able to permanently turn around the narratives of failure for President George W. Bush surrounding Hurricane Katrina and the Iraq War.) And today, Fox and the rest of the loyalist media (Breitbart.com, the Drudge Report, AM talk radio, “alt-right” sites) are facing a colossal story that’s shaping up to be perhaps a once-in-a-generation-type of all-encompassing Beltway scandal.

Is there still a right-wing information bubble? Absolutely. Will hardcore Trump supporters always have an affable media ecosystem at their disposal to get only White House-friendly news and commentary? Certainly. Will they continue to view the Russia scandal through an entirely different prism? They will.

But an important problem for the White House and its propagandists -- in addition to the fact that despite their wishful thinking to the contrary, the president has clearly not been totally vindicated -- is that they're already losing supporters on the Russia story. Meaning, a sizeable portion of Republican voters support the idea of an independent investigation into Russia. (Forty-six percent, according to a recent poll.) That suggests there isn’t a blanket blind loyalty to Trump on this issue. It also suggests that chunks of the Republican base are dismissing Fox News rhetoric that the Russia scandal is a “hoax” and that it’s all just “hysteria” from the so-called liberal media.

And it's much worse among independents. According to The Washington Post, “Political independents, a group that Trump won in last year’s election, are also largely critical. By 63 to 20 percent, more independents say Trump fired Comey to protect himself rather than for the good of the country. And by roughly 2 to 1, more independents say Trump is trying to interfere with Russia investigations rather than cooperating with them (58 to 27 percent).” (The same poll found that “roughly 1 in 5 Republicans say Trump fired Comey to protect himself.”)

We also know the current coordinated campaign of obfuscation regarding Russia isn’t working because Trump’s loyalists in the press already had a dry run in May, and they failed. That’s when the White House was rocked by a series of quick-succession scandal stories, such as Trump’s decision to fire Comey, his leak of classified intelligence to Russians visiting the White House, his boasts that he fired Comey the “nut job,” et cetera.

At the time, influential portions of the conservative media sprang into action and gave it everything they had. Fox News led an all-hands-on-deck defensive push to knock the Russia story down to size, trying to push it out of the spotlight and make excuses for the beleaguered president.

Fox News’ Jesse Watters insisted the controversy was “boring,” because “this is a scandal with no video, with no audio, with no sex, with no money, with no dead bodies.” Tucker Carlson waved the whole Comey story off as “media hysteria.” (That’s when he even bothered to cover the controversy at all.)

Radio host Laura Ingraham couldn’t figure out what the fuss was all about: “We're acting like we're on the eve of World War III with this story tonight. I think this is part of why people are tuning out.” On Twitter, conservative commentators denounced Comey, with one calling him “a preening popinjay utterly consumed with his own vainglorious pomposity.” And over at the Washington Examiner, columnist Byron York claimed, “At this rate, it won't matter if Trump colluded with Russia.”

And don’t forget that Sean Hannity went dumpster diving in May, pushing an utterly debunked conspiracy theory about a murdered Democratic National Committee staffer. The far-flung plot was, in part, supposed to show that the Russians didn’t try to interfere with the U.S. election last year.

The results from that aggressive smoke-and-mirrors right-wing media production in mid-May? Three weeks later, the Russia scandal is even bigger than last month, and the White House is taking on even more water. Today, the constant discussion of obstruction of justice (and therefore possible impeachment) has become the Trump norm.

So no, it’s not working.

And if you take a further step back, Trump’s media defenders have been frantically trying to wave off the Russia story since January. To date, they have nothing to show for their efforts, except a president who’s now flirting with his own demise.