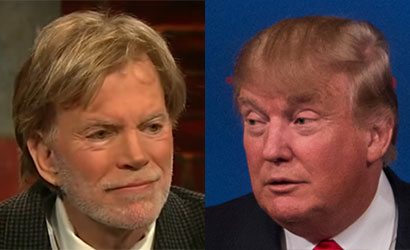 White nationalists applauded President Donald Trump for giving a press conference where he cast “blame on both sides” for an August 12 white nationalist protest in Charlottesville, VA, that culminated in a neo-Nazi plowing his car into a crowd of counter-protesters, killing activist Heather Heyer and injuring 19 others.

During his August 15 remarks from Trump Tower, Trump also blamed the “alt left” for violence and defended an earlier protest held the evening of August 11 where white nationalists carried torches while shouting racist and anti-Semitic chants. 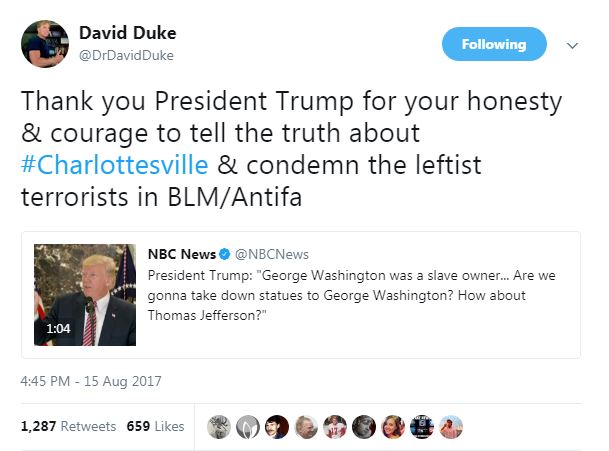 Duke was an early Trump backer and has been a strong supporter of the president and his administration. In February 2016, Trump declined to denounce Duke after being pressed several times by CNN’s Jake Tapper during an appearance on State of the Union. In other instances, Trump has denounced Duke under pressure.

White nationalist website VDare used the presser to call Trump a “God-Emperor,” a common compliment for Trump among racists: 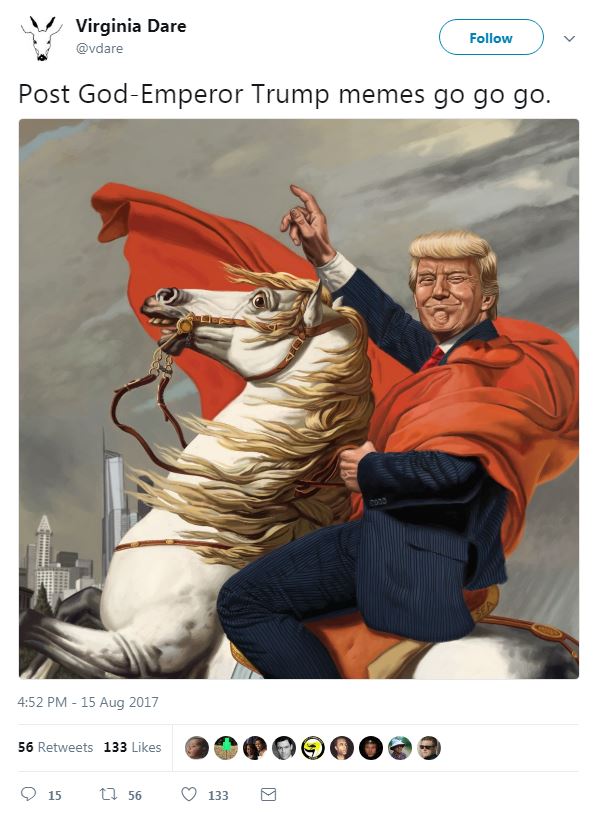 James Edwards, the host of white nationalist radio show The Political Cesspool, wrote, “Progress! @realDonaldTrump now puts #Charlottesville blame at the feet of 'Alt-Left' who came in 'without a permit'": 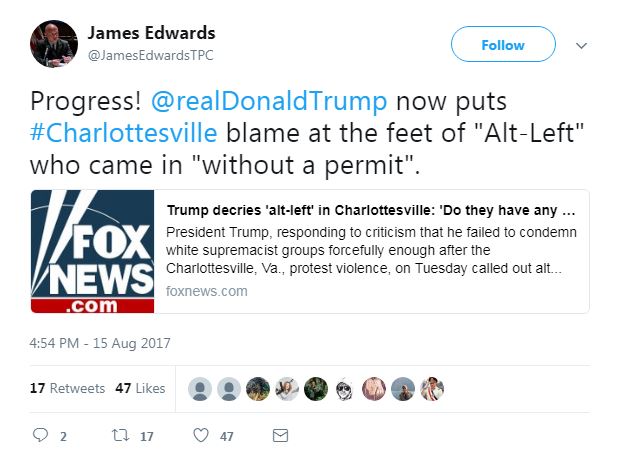