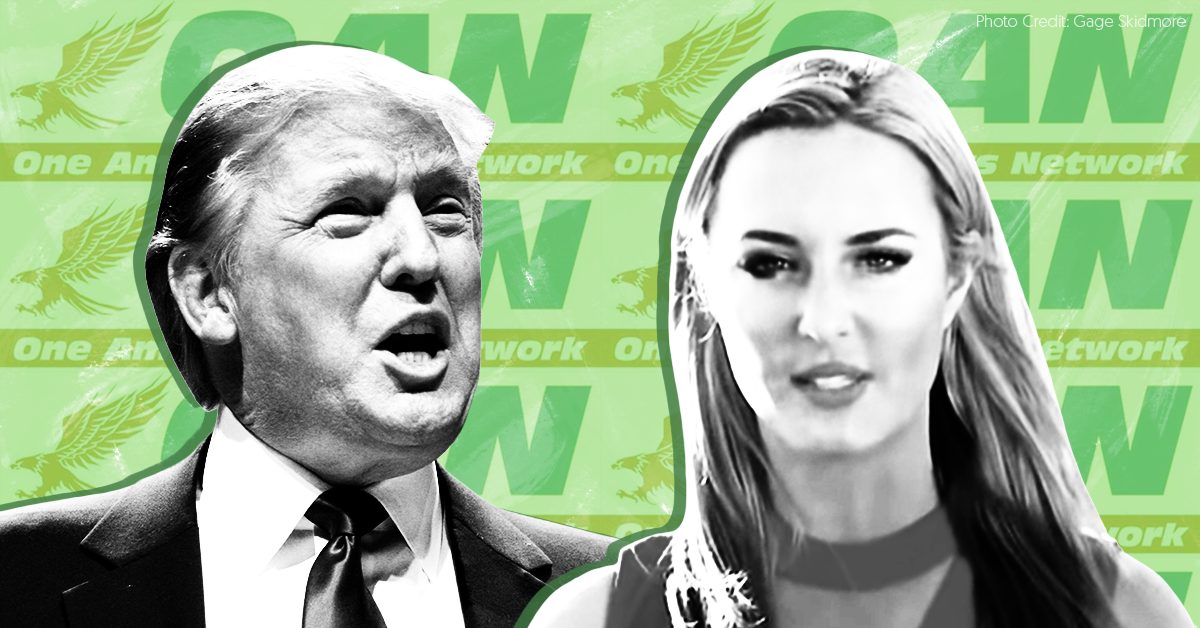 According to One America News Network (OANN) CEO Robert Herring, President Donald Trump will sit down for an interview with the sycophantic “news” outlet’s White House correspondent, Emerald Robinson. A closer look at Robison’s background reveals the “correspondent” to be an unabashed stooge for the Trump administration who traffics in conservative misinformation originating from the right-wing Twitter fever swamps -- a perfect fit for the propagandistic and serially insane OANN, which has apparently been granted exclusive access to the president of the United States for an interview.

On October 18, Herring tweeted that the network’s White House “correspondent” would sit down for an interview with the president:

President Trump is finally going to give One America News an interview tomorrow with @EmeraldRobinson. Do you have anything you would like us to ask?

Robinson is a former infomercial actress and former host of a “science news show” called the Daily Orbit. She also hosted a video series called Hotnomics produced by right-wing lobbying group the Center for Freedom and Prosperity, in which she railed against “big government” and taxation. Robinson has written a series of columns for the conservative outlet The American Spectator that include crude mockery of her colleagues in the media, unabashed Trump sycophancy, and attacks on NFL players protesting police brutality in which she called them “Rococo Marxists and millionaire Black Panther athletes.” In a long screed attacking the “low-testosterone, dilettantish strain” of “intellectual” conservatives, Robinson complained of an apparent “disconnect” among factions within the conservative movement, writing that the “Never Trump intellectual crowd” are "Jewish and agnostic,” whereas “the Republican Party is overwhelmingly Caucasian and Christian.”

In May, OANN brought Robinson on as its chief White House “correspondent” (in practice, she is a pundit), where she has had the opportunity to continue the network’s tradition of providing relief to Trump and press secretary Sarah Huckabee Sanders with softball questions during otherwise contentious interactions with the White House press corps. In August 2017, Trump gave a shout out to OANN reporter Trey Yingst during a press briefing, saying, “I want to congratulate you on the network, it’s a great network,” which the outlet then proudly highlighted.

As has been repeatedly documented, OANN is a fawning pro-Trump outlet that has pushed disgraceful and shameful conspiracy theories and whitewashed overt racism. A July 5, 2017, report in The Washington Post paints a picture of the network as a propaganda outlet with a CEO who “has directed his channel to push Trump’s candidacy, scuttle stories about police shootings, encourage antiabortion stories, minimize coverage of Russian aggression, and steer away from the new president’s troubles, according to more than a dozen current and former producers, writers and anchors, as well as internal emails from Herring and his top news executives.”