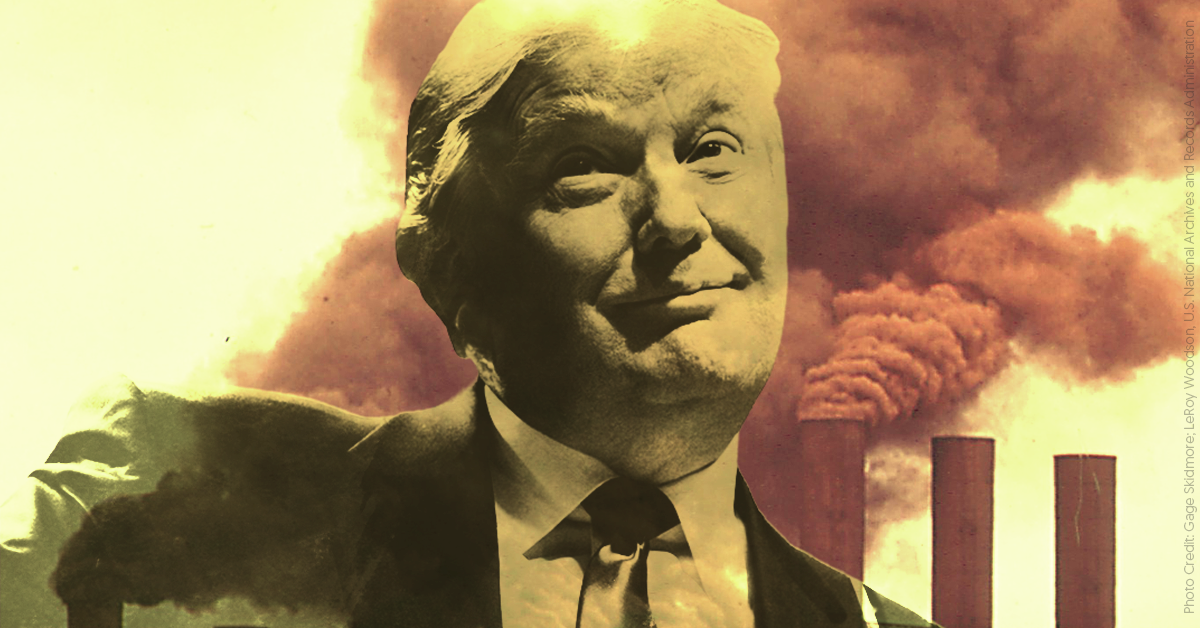 The Trump administration has proposed a replacement for the Obama-era Clean Power Plan, and it's defending its proposal by citing a thoroughly debunked and discredited 2015 study from an industry-funded front group, the National Black Chamber of Commerce.

The Clean Power Plan (CPP), finalized by the Environmental Protection Agency (EPA) under President Barack Obama in 2015, called for reducing carbon emissions from coal-fired power plants while increasing the use of renewable energy. The Trump administration intends to revoke that plan and replace it with the Affordable Clean Energy rule, would allow much more pollution from coal plants.

The Trump administration's draft talking points in support of the EPA's replacement plan, obtained by E&E News, cite a debunked study commissioned by the National Black Chamber of Commerce (NBCC), a fossil-fuel-funded group that purports to represent black businesses. The talking points claim that the Clean Power Plan “would have hurt minorities and senior citizens disproportionally,” and goes on to list statistics that came directly from the NBCC report:

According to Harry Alford, President of the National Black Chamber of Commerce, CPP would increase Black poverty by 23 percent and Hispanic poverty by 26 percent. It would result in cumulative job losses of 7 million for Blacks and nearly 12 million for Hispanics in 2035.

But the NBCC report was thoroughly debunked after it was released in 2015.

The nonprofit Union of Concerned Scientists outlined many of the NBCC study’s flaws in a blog post in 2015. It explained that the study, which was conducted by Management Information Services Inc. (MISI), was itself based on other studies that had a variety of problems (emphasis in original):

[H]ere’s the first of the study’s fatal flaws: it depends, as it explicitly says (p. 21), on the findings of seven other studies, which it lists. But those seven include:

Two of those studies were the focus of a recent UCS webinar showing how such studies use bad assumptions and get used to sow confusion and spread disinformation about the CPP.

One of those, done by IHS on behalf of the U.S. Chamber of Commerce, is the report most cited in this new work, even though it was one of those that came out before the draft CPP, and even though there was, as the Chamber itself admitted, “a big difference” between what they’d modeled and what EPA put forth (which the new study doesn’t acknowledge).

The flaws in the study by Energy Ventures Analysis (EVA) for Peabody Energy (the largest U.S. coal company) are also clear. The Center for Climate and Energy Solutions has pointed out that, unlike other studies, EVA’s didn’t even show a business-as-usual case, meaning that any CPP results were floating in a vacuum, without reference to a base case of shifting energy costs and other economic factors.

Fact-checkers at PolitiFact and The Washington Post had both highlighted severe problems with the 2014 U.S. Chamber of Commerce study that was a main source for NBCC's study. From a 2014 PolitiFact analysis:

[The U.S. Chamber] study wrongly assumed the administration would set a benchmark of reducing carbon emissions by 42 percent before 2030. The regulations released June 2 actually put forward a 30 percent reduction within that timeframe. The chamber itself told PolitiFact its estimates are not based on the goals as announced.

For that same reason, The Washington Post's fact-checking team gave Republican politicians who cited the Chamber of Commerce study in 2014 a “Four Pinocchio” rating, its lowest.

Separate fact-checks cast doubt on another study that the NBCC report relied on, this one conducted by NERA Economic Consulting in 2014. The Union of Concerned Scientists wrote that the NERA study “falsely inflates the cost of the Environmental Protection Agency’s Clean Power Plan by denying energy efficiency’s proven ability to save consumers money,” and went on to explain that the study used “a 2012 study that has been repeatedly discredited” to justify its inflated cost estimates. The Washington Post's fact-checking team also raised serious questions about the NERA study.

The NERA study was funded by industries that had much to gain from stymieing the Clean Power Plan, including fossil fuel interests. Among the commissioning groups were the American Coalition for Clean Coal Energy, American Fuel & Petrochemical Manufacturers, and the National Mining Association.

Clean Power Plan would have benefited Black, Latinx, and other minority communities

Alford, president and CEO of the National Black Chamber of Commerce, became a central figure in a disinformation campaign backed by fossil-fuel interests because he was willing to assert that the Obama EPA’s Clean Power Plan would harm communities of color. He placed anti-Clean Power Plan op-eds in at least seven newspapers and saw right-wing outlets echo and amplify his discredited assertions.

In fact, the EPA under Obama took steps to ensure that the Clean Power Plan addressed many of the environmental and economic concerns of minority and low-income communities, after pressure was applied by civil rights leaders, environmental justice groups, and environmental activists.

When the NBCC report came out in 2015, a coalition of environmental justice groups, including Green For All and Voces Verdes, challenged its claims that the Clean Power Plan would hurt minority communities. The groups argued instead that the plan would in fact help marginalized and low-income Americans:

The report alleges that the Environmental Protection Agency’s Clean Power Plan will harm African American and Hispanic families, when in fact findings from numerous independent organizations show the plan will actually benefit communities.

In reality, the Clean Power Plan will prevent asthma and other pollution-related illnesses, create hundreds of thousands of new jobs, and save families money on their utility bills. Low income and minority Americans, who are most often the hardest hit when it comes to the effects of climate change, will benefit substantially.

Recently the Natural Resources Defense Council (NRDC) produced a report reaffirming and further outlining these benefits. The report also refutes many of the myths asserted by the NBCC, known to [be] funded by special interests groups seeking to preserve the bottom line for dirty energy companies.

Environmental justice activists point out that the Trump administration's new plan is the one that poses a real threat to communities of color. The advocacy group GreenLatinos issued this statement from its president and CEO, Mark Magaña:

The Trump Administration continues to put the health of the Latino community and all Americans at risk by gutting the Clean Power Plan, the first and only federal limit on carbon pollution from power plants — a major source of the pollution that exacerbates climate change — which protects public health and promotes climate change solutions.

The Latino community is hit first and worst by climate change and we suffer disproportionate public health effects with 40% of Latinos living within 30 miles of a power plant. The stakes are too high, with Latinx children being 40% more likely to die from asthma than non-Latino white children.

Today, as we continue to witness these severe weather patterns and devastating impacts of carbon pollution on public health, the Trump Administration is moving to dismantle the Clean Power Plan, endangering the health of our communities and undermine the transition to cleaner and safer renewable energy sources.

GreenLatinos rejects the efforts by the Trump Administration and Acting Administrator Wheeler as they disregard the overwhelming support for increasing efforts to protect our air quality.