ABC13 interviewed Santa Fe High School student and shooting survivor Paige Curry. When asked if she was surprised by the shooting, Curry said, “It's been happening everywhere. I've always kind of felt like eventually it was going to happen here too."

In response to a viral tweet showing Curry’s response, a pro-Trump Twitter account is already accusing Curry of being a crisis actor, saying she was looking down because she was reading from a script. 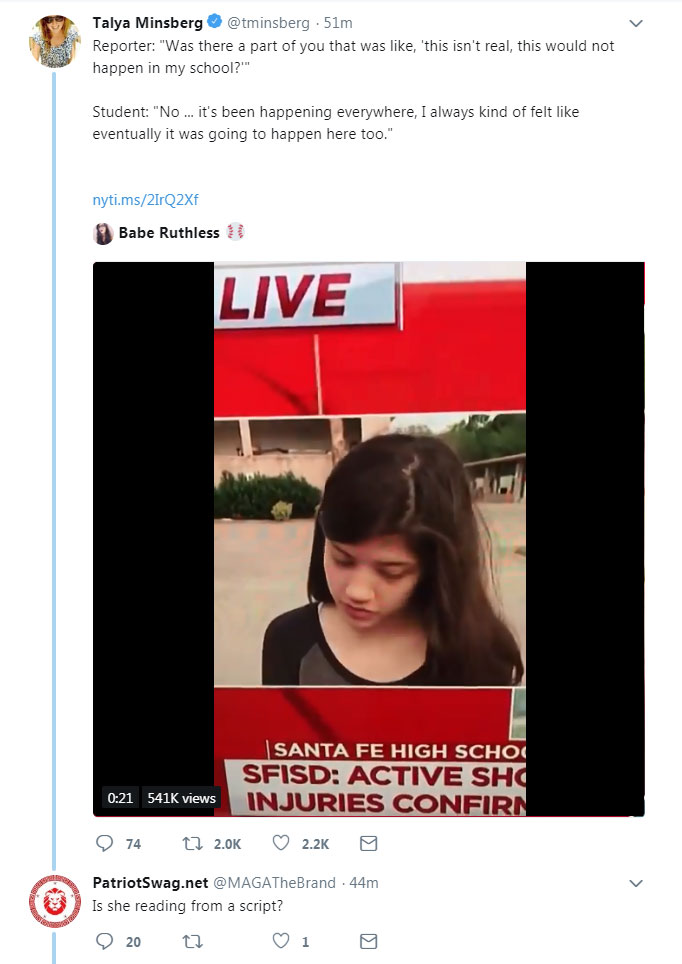 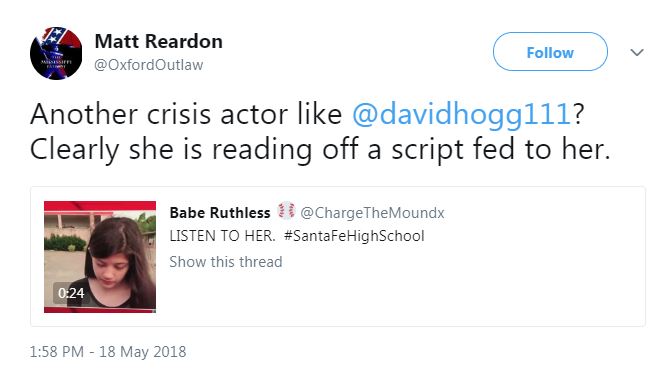 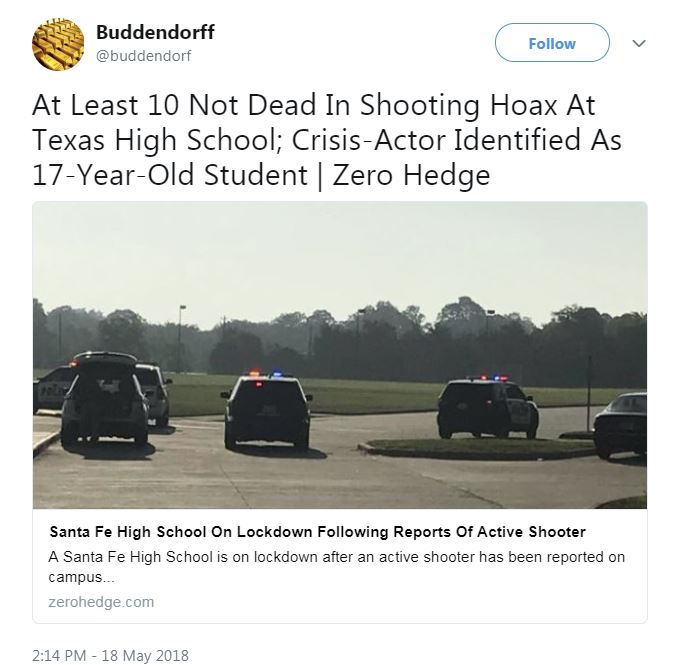 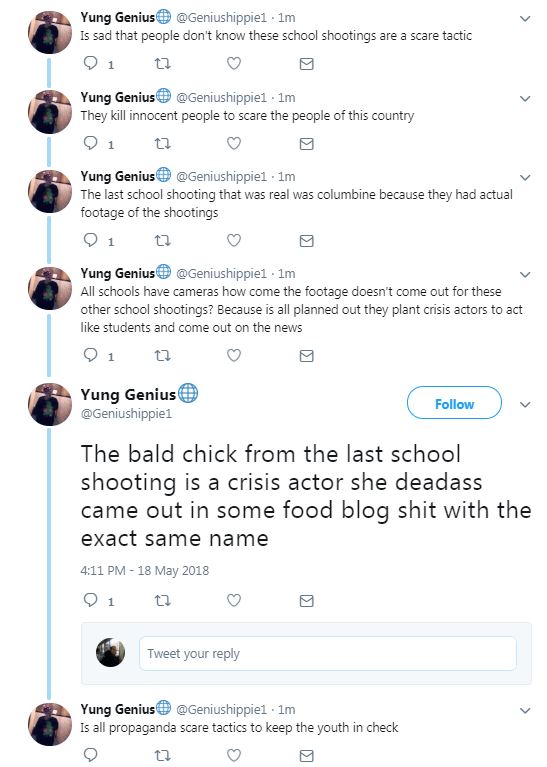 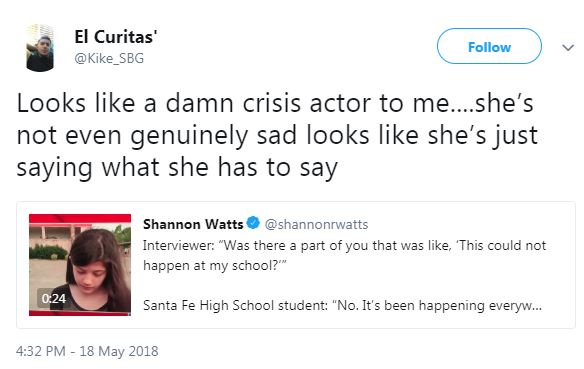 Pro-Trump media accused Parkland survivors of being crisis actors when they began speaking out following the mass shooting at their school in February.