Politico and The Hill amplified this fabricated statistic on social media, without providing any fact check or qualifier in the headline or post content. Research shows a majority of social media users share links without reading them, which makes fact-checking on social media posts crucial to dulling the spread of misinformation.

These outlets’ negligence is part of a larger trend of major media outlets amplifying false information by sharing Trump quotes on headlines and social media posts without fact-checking. A recent Media Matters study of major news outlets’ Twitter handles found that 30% of tweets referring to remarks from Trump referenced a false or misleading statement. Of that 30%, nearly two-thirds did not fact-check the statements.

On Twitter and Facebook, Politico paraphrased Eric Trump’s quote and qualified his claim only by putting it in context with Trump’s recent racist tweets. Although the article did cite RealClearPolitics’ polling averages of Trump’s approval ratings to debunk Eric Trump’s claim, its social media posts failed to mention the claim’s inaccuracy. 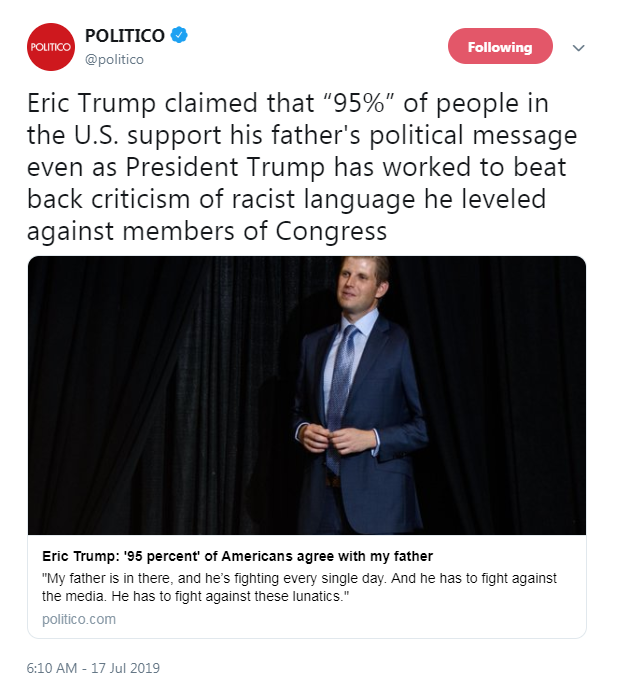 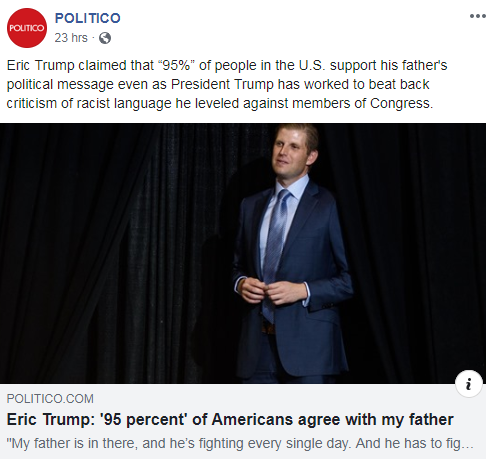 The Hill’s social media accounts quoted Eric Trump’s 95% statistic without providing any qualification for the fabricated statistic. The link did not explicitly debunk the figure, instead writing that it was “unclear what Eric Trump was referring to,” and mentioning other polls that put Trump’s approval rating among all voters and Republicans well below 95%. 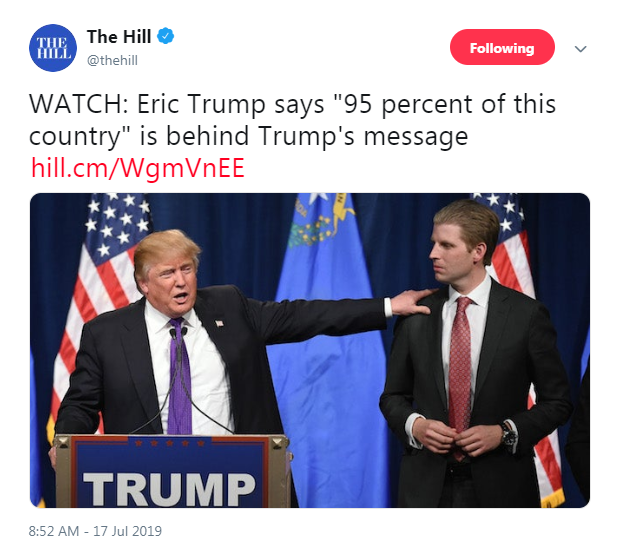 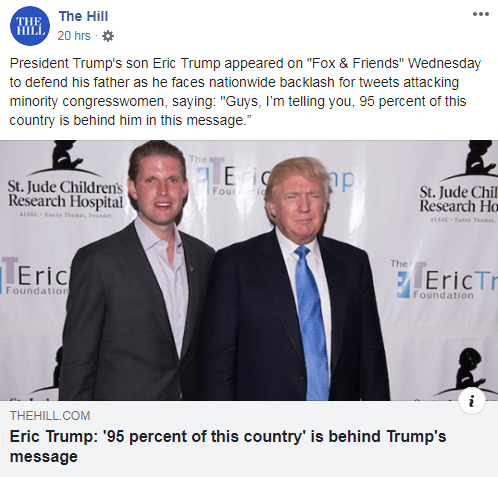