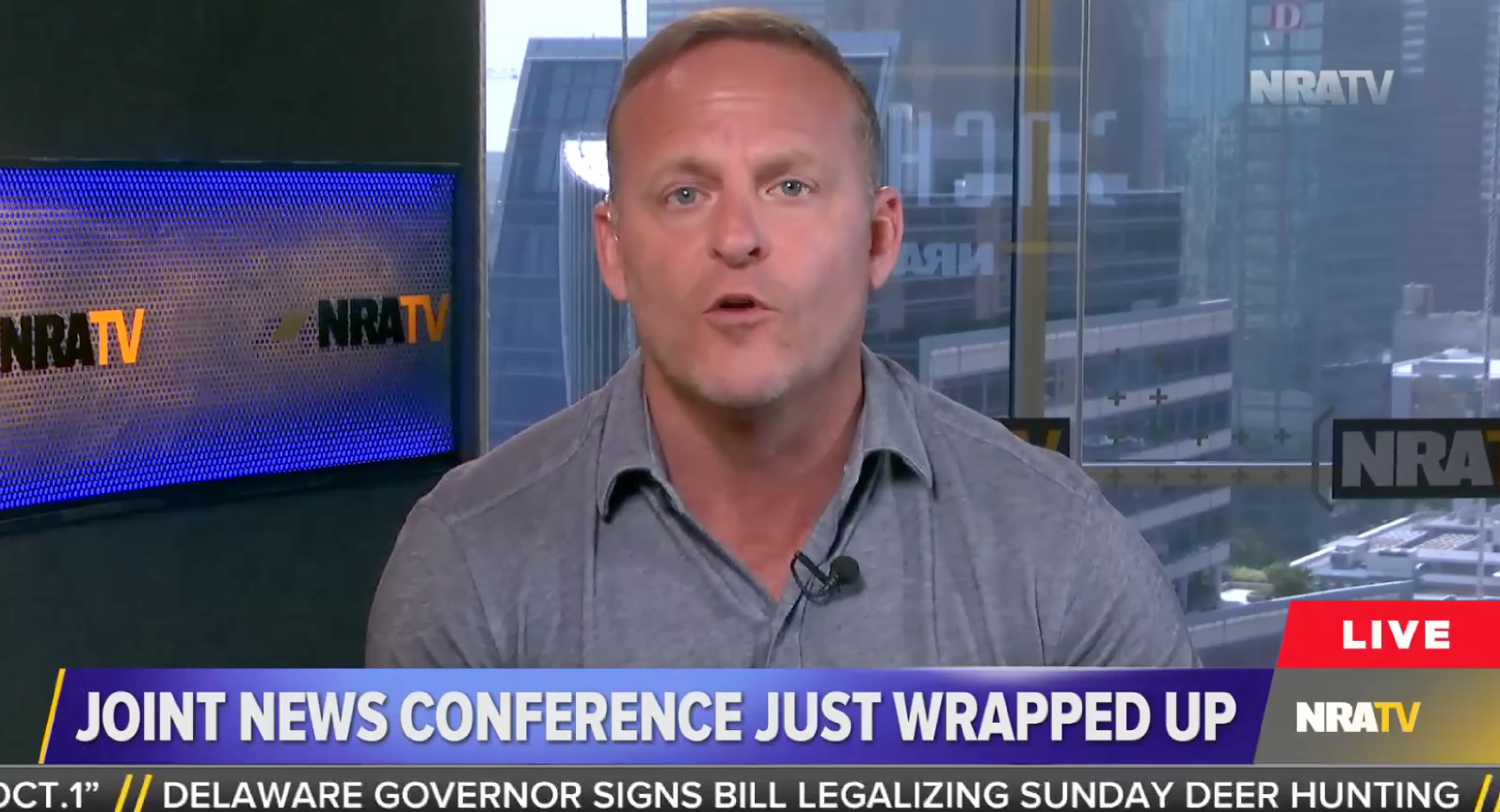 While NRATV was running defense for Trump, another significant Russia news story broke: Maria Butina, a Russian pro-gun activist with close ties to the NRA, is being charged with conspiracy against the United States over attempts to establish “back channels” that the FBI says “could be used by the Russian Federation to penetrate the US national decision-making apparatus to advance the agenda of the Russian Federation.” According to the charging documents, Butina attempted to use the NRA and other politically minded groups as conduits for her efforts.

Putin and Trump met for a July 16 summit in Helsinki, Finland, for “nearly two hours behind closed doors and another hour” in a press conference. During the press conference, Trump doubled down on his earlier tweet that both countries share blame for the current tense state of relations. He also said Putin’s denial of any election meddling was “extremely strong and powerful,” effectively throwing the U.S. intelligence community -- which has unanimously concluded Russia interfered in U.S. elections -- under the bus.

CNN’s Anderson Cooper called the press conference “perhaps one of the most disgraceful performances by an American president” during a meeting with Russian leadership, and media figures and both Republicans and Democrats in Congress lambased it as un-American and shameful. Even Fox News’ reliably pro-Trump program Fox & Friends said that the president “fell short” while Fox Business host and Trump booster Maria Bartiromo called the press conference “probably the low point of the presidency so far.”

Despite the near-universal criticism, NRATV host Grant Stinchfield defended Trump’s appearance on his July 16 broadcast as “quite an amazing thing to witness,” and exclaimed that Putin and Trump “may even be fond of each other":

STINCHFIELD: So I do believe this will go down as a historic meeting between President Trump and Vladimir Putin. It reminds me of when Ronald Reagan met with [Mikhail] Gorbachev, and I see those pictures even now of the two meeting. It was an amazing sight and I do believe the two of them get along well. They may even be fond of each other. That is actually helpful when you talk about adversaries trying to work through serious, serious issues.

NRATV host Dan Bongino also went to bat for Trump. During the July 16 edition of his evening show We Stand, he praised Trump’s performance at the press conference (albeit noting that “he could have worded some things differently”) and slammed a journalist who dared ask whether Russia has any compromising information on Trump.

These defenses of Trump come while the National Rifle Association is knee-deep in questions about whether Russian money was funneled through the organization to help Trump during the 2016 presidential election. While NRATV has been happy to absolve Trump of Russia-related wrongdoing, the outlet has been reluctant to address reports of Kremlin involvement in the NRA.