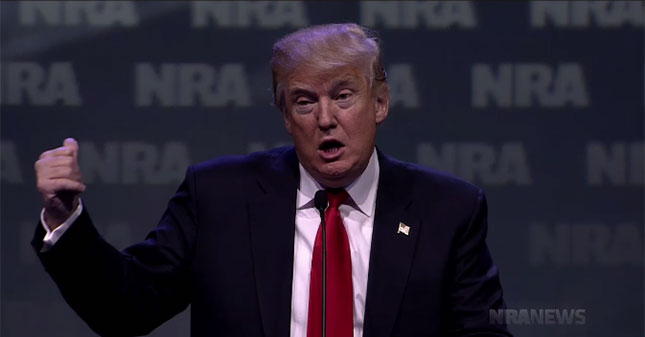 The FBI is investigating whether Russian money was illegally funnelled through the National Rifle Association (NRA) and spent on activities to support the election of Donald Trump as president.

Citing two sources, McClatchy reported on January 18 that “FBI counterintelligence investigators have focused on the activities of Alexander Torshin, the deputy governor of Russia’s central bank who is known for his close relationships with both Russian President Vladimir Putin and the NRA.”

Noting that the NRA’s spending on the 2016 presidential race dwarfed the association’s previous efforts, McClatchy reported that at this time “the extent to which the FBI has evidence of money flowing from Torshin to the NRA, or of the NRA’s participation in the transfer of funds, could not be learned.”

The McClatchy article also corroborated previous reporting by Bloomberg on Torshin’s involvement in money laundering in Spain, revealing that the news outlet has reviewed a summary of a “still-secret report” that “links Torshin to Russian money laundering and describes him as a godfather in a major Russian criminal organization called Taganskaya.”

Media Matters’ routine monitoring of NRATV, the NRA’s news outlet and chief messaging mechanism, has found that the gun group has largely avoided the Trump-Russia collusion issue. (One exception was in February 2017 when an NRATV segment claimed that the reporting on the issue was a “concerted effort with Obama loyalists” who are “trying to destroy America from the inside.”)

The NRA has, however, denied illegal ties with Russia. In a July 2017 video focused on attacking The Washington Post, NRATV host Grant Stinchfield said that “for years” the paper “has tarnished gun owners in an effort to take away our Second Amendment freedoms. The fake news outlet even went so far as to make the blatantly false claim that the NRA had illegal ties to Russia.” (The article in question described relationships between the NRA, Torshin, and other Kremlin-connected Russians, but did not allege illegality.)

Ladd Everitt, the director of gun safety group One Pulse for America, has written extensively about ties between Torshin, the NRA, and Trump. According to his research, Torshin attended the NRA annual meeting for four consecutive years beginning in 2013 after forging a relationship with past NRA president and conservative activist David Keene. In 2016, Torshin was introduced to and spoke with Donald Trump, Jr. during a private dinner at the NRA’s annual meeting where the gun organization endorsed Trump for president.

Following the NRA’s 2015 annual meeting in Nashville, TN, at which Trump delivered a speech, Torshin praised Trump for being an NRA member:

Additionally, according to Everitt, “The NRA has also gone to Moscow, most notably in a December 2015 trip to meet with Torshin and Russian defense minister Dmitry Rogozin. The large NRA delegation included Keene, radical sheriff David A. Clarke and gun manufacturer Pete Brownell.” Brownell is now the president of the NRA.

The McClatchy report comes amid the NRA’s full-blown attack against Sen. Jeff Flake (R-AZ) who recently criticized Trump. Even though Flake has been a key NRA ally in blocking overwhelmingly popular gun safety legislation, after he criticized Trump in a speech, NRATV reacted by heavily promoting a video that labeled the U.S. senator a “turncoat” and called him the new “Dmitri Shepilov, Stalin’s leader of Pravda and head of the state propaganda division.”