Following news that Florida Senate and gubernatorial races would be heading to recounts, many mainstream media outlets reported on President Donald Trump’s claims of voter fraud in the Florida election, but failed to note in their tweets and headlines that the accusations were baseless.

A state judge presiding over a lawsuit regarding the Florida recount has noted that there is zero evidence of voter fraud, election tampering, or misconduct by election officials or workers. Miami Herald previously reported that state election observers have seen no evidence of criminal activity or election tampering in Broward County, where the controversial election supervisor has drawn criticism for alleged incompetence during the midterm elections.

Despite a lack of evidence, Trump took to Twitter to push conspiracy theories about the Florida elections, calling ballots “massively infected,” accusing Democrats of trying to “steal two big elections in Florida,” and baselessly claiming that “many ballots are missing or forged.”

Covering a president who frequently repeats lies has proven to be a challenge for the media since the beginning of Trump’s presidency, with many outlets publishing headlines and tweets that report his statements but fail to note their inaccuracies. Repeating the president’s claims in headlines without giving proper context only spreads Trump’s lies and causes confusion, which is particularly detrimental during coverage of elections and undermines faith in the country’s democratic institutions. It also sets media outlets up as easy targets for Trump to manipulate, allowing him to more easily spread his dishonesty and lies. 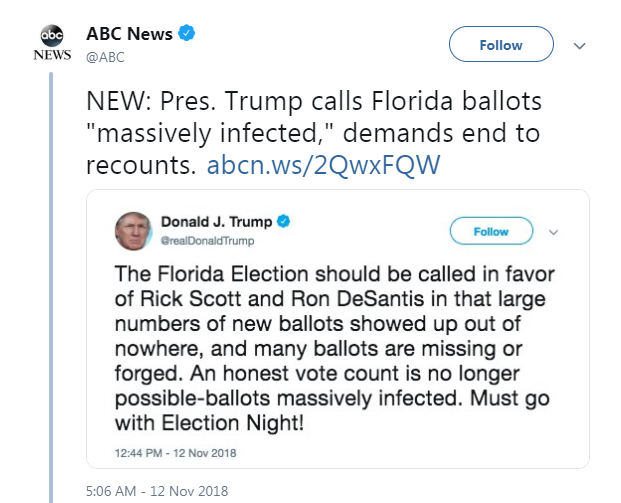 While the article headline emphasized the lack of evidence in Trump’s claims, the tweet did not. Though ABC later issued a follow-up tweet including the phrase “without evidence,” the original tweet received a lot more retweets.

“Trump on Florida: 'Many ballots are missing or forged.' Gillum: 'You sound nervous'”

While the subheadline noted there was not evidence of fraud, the headline, which is viewed by more people, did not correct Trump's claim. 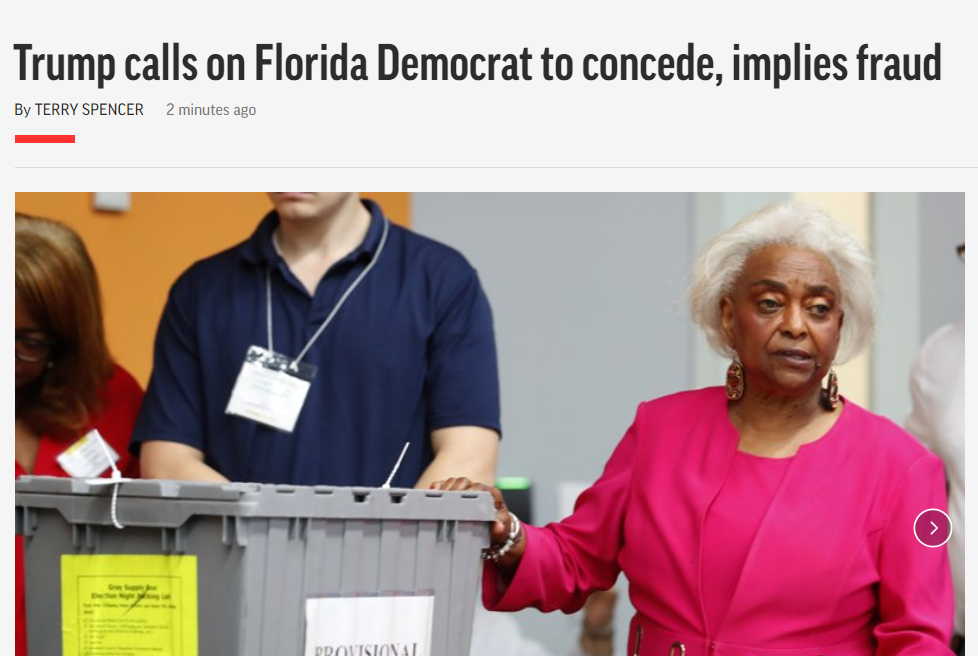 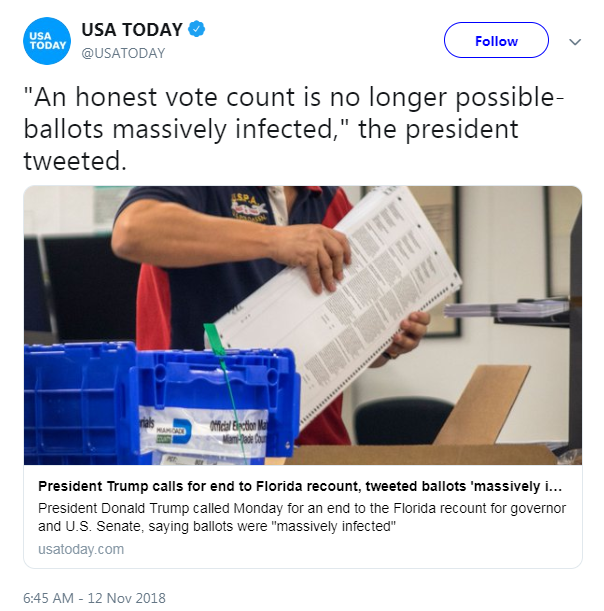 While the actual article headline emphasized Trump’s lack of evidence, the phrase “without evidence” was removed from the Twitter headline. 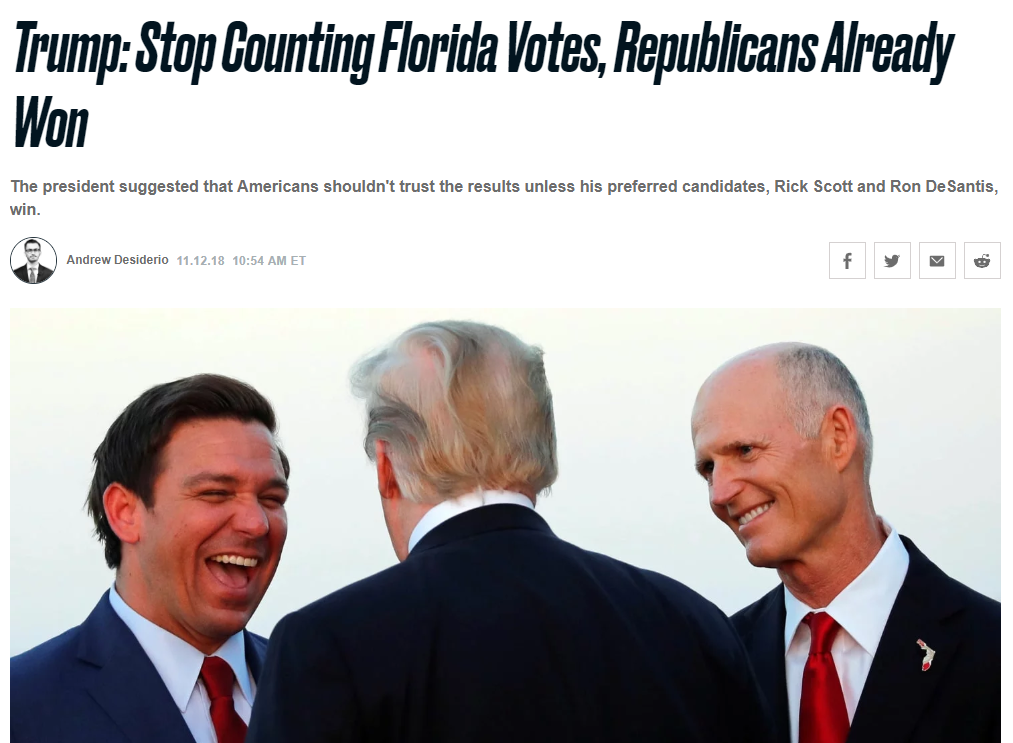