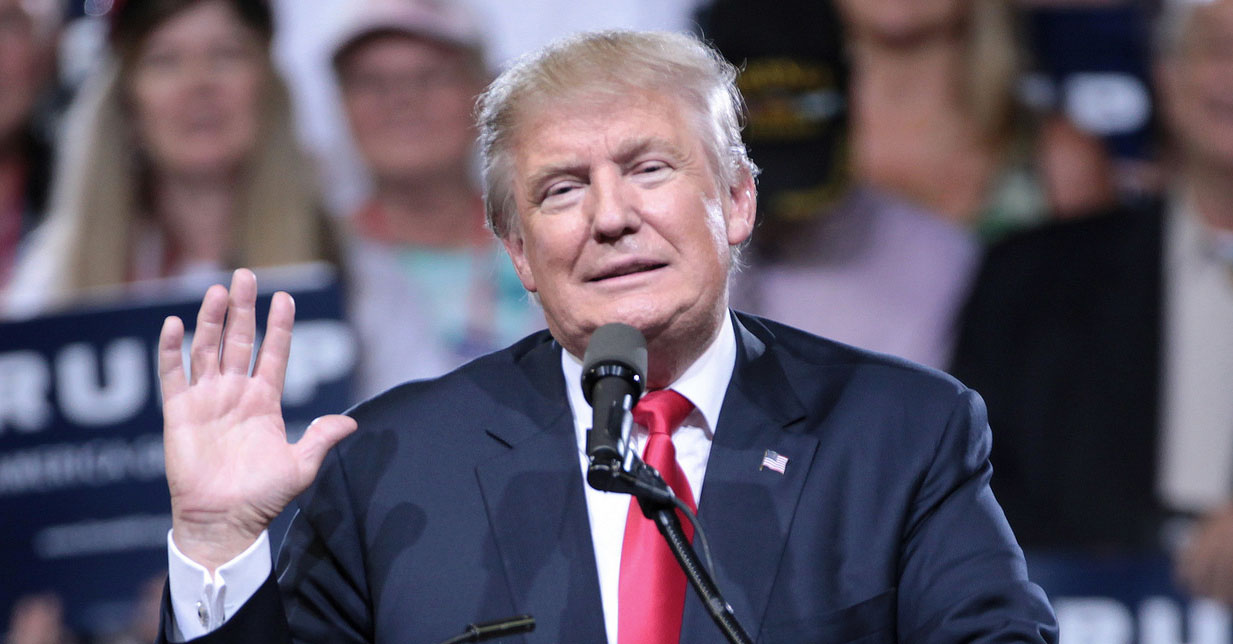 Like Wonder Woman’s Amazonian shield, President Donald Trump’s loyal base of supporters has magical powers to protect the new president from peril -- at least according to the Beltway press.

It’s his loyal base that supposedly gives Trump so much cover and allows him to embrace a deeply radical agenda. The theory holds that regardless of how Democratic and independent voters view Trump (and they overwhelmingly view him unfavorably), as long as Trump maintains the support of his strongest political backers, his support is “stable” -- he “has held onto the support of the voters who put him in the White House,” and his base is "steady."

“President Donald Trump is banking on his loyal base of supporters to help him through the tangle of the Russia turmoil,” The Associated Press reported last week, in the latest round of base coverage.

Over and over, we see the media suggesting that because Trump’s “base” is standing with him, he can likely weather all storms. Even if emerging evidence doesn’t support the claim.

That mythical pull of the Trump base is why so many journalists have spent so much time interviewing his supporters this year, especially journalists at The New York Times, who have relentlessly focused on Trump’s most ardent backers. Indeed, the press’s obsession with Trump’s base has emerged as one of the oddest political press trends this year.

Again and again, political events are viewed through the prism of Trump’s base. Following the recent deadly terror attack in London and Trump’s inexplicable attack on the mayor of London, ABC’s Rick Klein wrote, “The president's aim – again – is his base.”

So it persists, this odd, sustained narrative that no matter what Trump does, no matter how erratic he acts or how radical his initiatives, he’ll always have a rock-solid base to support him because he enjoys an almost superhuman loyalty among them.

While Trump definitely has a core group of followers who are ensconced in the president’s propaganda media bubble and will seemingly stick by his side no matter what he does, the press overstates the size and influence of that group of people.

To date, a handful of media commentators have noticed the trend. But the myth of Trump’s all-obedient base, and the supposed political cover that grants him, really needs to be more broadly punctured.

For starters, the Trump base just isn’t big enough to exert any defining clout, at least not to the extent all the hype would suggest. And it’s certainly not big enough to ensure Trump’s political success.

Just in terms of electoral math, “Trump can hang on to most — if not all — of his base, and Democrats could still clean up in the midterm elections,” Harry Enten recently argued at FiveThirtyEight. Enten noted that having lost the popular vote, Trump began his presidency with an unusually small base. As he explained:

The GOP’s problem again comes back to Trump’s base being relatively small to begin with compared to the base support of past presidents. The latest poll from YouGov, for example, shows 88 percent of respondents who said they voted for Trump approve of his job performance. But 88 percent of the 46 percent of 2016 voters who chose Trump is just 40 percent. Overall, the YouGov survey found 54 percent of registered voters disapprove of Trump so far. If every person who currently disapproves of Trump’s job performance voted against the Republican Party’s House candidates in 2018, Democrats would almost certainly take control of the chamber.

Not exactly a sweeping mandate.

Meanwhile, FiveThirtyEight founder Nate Silver argued in a May piece that there has been “a considerable decline in the number of Americans who strongly approve of Trump, from a peak of around 30 percent in February to just 21 or 22 percent of the electorate now.”

And it’s not just a shift in the voters who strongly approve. Look at Ipsos/Reuters polling that has tracked Trump’s approval rating among Republican voters this year. Back in February, the poll found that 85 percent of Republicans supported Trump. Most recently, that number had dipped to 75 percent.

For a base that’s advertised by the press as being impossible to move off its pro-Trump positions, note that just 67 percent of Republicans support Trump’s decision to withdraw the United States from the Paris climate accord. And 31 percent of Republicans think “more needs to be done to address climate change,” while 49 percent are very or somewhat concerned about climate change, according to a recent Quinnipiac poll.

Meanwhile, 35 percent are very or somewhat concerned about Trump’s relationship with Russia. Nearly the same percentage of Republicans think the alleged Russian interference in the 2016 election is a very important or somewhat important issue. A hefty 63 percent approve of the appointment of Robert Mueller to investigate any possible coordination between President Trump's campaign and the Russian government, while 47 percent support an independent commission to investigate the same sprawling scandal. (All via Qunnipiac.)

As for health care, only 42 percent of Republicans approve of the Republicans' signature health care plan that was passed by the House and is now being reviewed by the Senate, and just 49 percent support proposed federal funding cuts for Medicaid.

That lack of Republican support is why, overall, the Republican health care plan receives such abysmal ratings:

Elsewhere, a majority of GOP voters say Trump tweets too much. And nearly one-third think it is inappropriate that Trump’s son-in-law, Jared Kushner, plays a significant role in the White House.

These are definitely not the numbers of a president who enjoys a political backstop of supporters who will buttress his every move indefinitely.