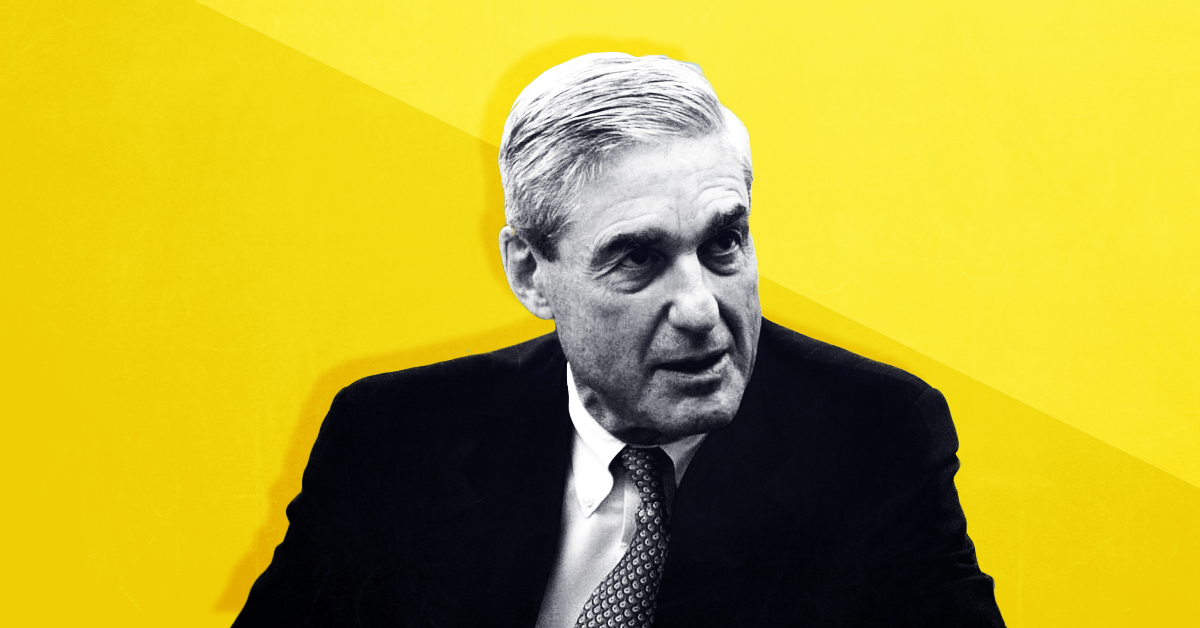 Special counsel Robert Mueller read a statement at a May 29 press conference in which he explained that his investigation did not attempt to determine whether President Donald Trump had committed any crimes because it would be against Department of Justice policy to charge a president who is in office. Mueller also announced that he was formally closing the special counsel's office and resigning from the DOJ to return to private life. Conservative media figures responded by criticizing Mueller for not exonerating Trump, claiming his statement is a “huge win” for the president, complaining that Mueller helped make Democrats’ case for impeaching Trump, misrepresenting what he said about his findings, and suggesting he might be lying in his statement.

Daily Wire Editor-in-Chief Ben Shapiro: “‘If we had confidence that the president did not commit a crime, we would have said so.’ That is not the standard of a prosecutor. Prosecutors exist to determine whether someone committed a chargeable offense, not whether they are exonerated of charges.”

The Federalist co-founder Sean Davis: “Also, Mueller's view of a prosecutor's role -- to prove and declare a target's innocence, rather than to charge criminality -- is a despicable affront to the rule of law and the Constitution. Cops and lawyers don't grant innocence. It is our default legal state absent conviction.”

Fox News Radio host Guy Benson: “If he had the evidence, Mueller could have identified criminal conduct & *recommended* charges, then let DOJ decide whether OLC guidance would or would not permit those charges being filed against a sitting POTUS. Instead, he decided not to recommend anything.”

Gingrich: “In the absence of proof in America, you are innocent. Therefore, by definition, President Trump is innocent.”

Claiming Mueller is inviting chaos and impeachment of Trump

Radio host Rush Limbaugh: “He begged [Congress] to impeach. He gave them the green light. He said that’s what you people have to do.”

Former Fox News host Bill O’Reilly: “After Robert Mueller’s deflection to Congress on the obstruction issue, we can expect democrats to begin impeachment proceedings. That will harm the country economically and lead no where as the Senate will not convict.”

Fox’s Martha MacCallum and Brian Kilmeade agreed Mueller “threw some kerosene on the fire.” Fox & Friends co-host Brian Kilmeade said on his radio show Mueller “closed his office, he called it quits, but before he did it, he actually threw some kerosene on the fire and then threw the match.” Fox News anchor Martha MacCallum agreed, saying: “Absolutely, no doubt.” Kilmeade then added: “So my sense was he saw the chaos that happened after he released the report that was supposed to put a fine point on a 22-month investigation, and he made it worse.”

Fox's Lisa Boothe: “Robert Mueller is a hack. And we know that he’s a hack because he gave Democrats exactly what they wanted ... more fuel to the fire of impeachment.”

Fox host Pete Hegseth falsely claimed that Trump will “rightfully” say there was “no obstruction” and that he's “exonerated.” Mueller actually explained that he was prevented from considering charging Trump with a crime because of Department of Justice policy.

Wash. Examiner’s Philip Klein: “Impeachment or bust: Robert Mueller just made clear he won't give Democrats a second crack at his report through testimony.” The text of Klein’s article was more accurate than its headline, correctly noting that Mueller said the report covers everything he has to say about the investigation.

Claiming that Mueller may have been lying

The Federalist Senior Editor Mollie Hemingway: “Multiple people at DOJ say Mueller stated that [Office of Legal Counsel] opinion had nothing to do with his decision not to charge obstruction, and report itself doesn’t make determination on obstruction, as it did on collusion. Remarks today curiously at odds with both.” While responding to a reply pointing that Mueller had set the record straight with his statement, Hemingway added that Mueller “wasn’t speaking under oath while someone who said otherwise was, so…..”

Claiming Mueller did it to appease his “social circles”

Fox contributor Jason Chaffetz: “It’s purely a guess, but from where I sit I think it was to cover his butt within his own political, social circles. … Barr was actually out there telling the truth, and it scared Mueller and his reputation. He was supposed to be the guy to get Trump, and he didn't, and he feels bad about that.”

Gingrich: “My guess is that in his social circles, people felt that he had failed to serve the worthy cause of destroying Donald Trump, and he was trying to sort of cleverly toss it to the Congress."

Claiming Mueller was fairer to the indicted Russians than to Trump

Boothe: “Robert Mueller gave more deference to the Russians yesterday than he did to President Trump.”

Gingrich: Mueller “says of the Russians they’re innocent until proven guilty, and in the next paragraph he says he can’t prove the president’s innocence. So, his standard for the American president is dramatically lower than his standard for Russians. You couldn’t have made that up.”