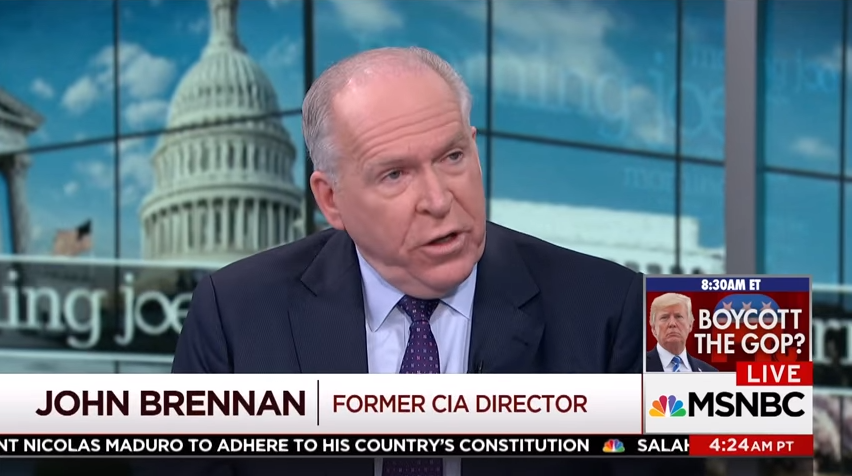 Editor’s note: ProPublica has published a major correction to its February 22, 2017, article -- cited in the piece below -- reporting that Gina Haspel oversaw the torture of two detainees at a “black site” prison in Thailand in 2002. The correction states that “Haspel did not take charge of the base until after the interrogation of [Abu] Zubaydah ended,” though additional reporting by The New York Times indicates “she was in charge when [Abd al-Rahim] al-Nashiri was waterboarded three times.”

President Donald Trump yanked the rip cord on an especially haphazard personnel change this morning, firing Secretary of State Rex Tillerson, designating CIA director Mike Pompeo as Tillerson’s replacement, and naming deputy CIA director Gina Haspel as Pompeo’s successor. It’s a wild reshuffling of top national security aides and most of the media attention is being sucked up by the drama surrounding Tillerson’s sacking (he reportedly learned he was fired when Trump tweeted about it).

The elevation of Haspel to CIA director, however, is an important story that gets to one of the most critical policy failures of the last 15 years: the brutal CIA torture program launched by George W. Bush and the utter lack of genuine accountability for the people who conceived and implemented it.

One of those people is Gina Haspel, who (as reported by The New York Times last February when she was named deputy CIA director) “oversaw the torture of two terrorism suspects and later took part in an order to destroy videotapes documenting their brutal interrogations at a secret prison in Thailand.” One of those detainees, Abu Zubaydah, was subjected to especially savage treatment -- he was waterboarded 83 times and nearly drowned after he was rendered “completely unresponsive, with bubbles rising through his open, full mouth.” (Zubaydah also lost his left eye under circumstances that the CIA has yet to fully explain.) At the time, the government accused Zubaydah of being a senior Al Qaeda operative. He wasn’t.

As ProPublica reported last year, the tapes of those torture sessions became a problem for the CIA “when questions began to swirl about the Bush administration’s use of the ‘black sites,’ and program of ‘enhanced interrogation,’” so Haspel worked to make them disappear. She “drafted an order to destroy the evidence” that was signed by her superior, and 92 tapes were fed “into a giant shredder.”

As the Senate Intelligence Committee’s report on the torture program makes clear, the CIA enacted its “coercive interrogation” program in Thailand without “a plan for the eventual disposition of its detainees,” without any meaningful consultation on how to conduct interrogations, and without any real internal deliberation on how to proceed. Haspel was a key figure in both the execution of this slipshod torture program and the subsequent efforts to cover it up, and Trump wants to reward her with the top post at the CIA.

If you’re thinking that all that torture history should be an impediment to Haspel’s ascension, you’d be correct in theory, but in practice that probably won’t happen. When it comes to torture, the CIA just isn’t held to any real standard of accountability. Former CIA director and current MSNBC contributor John Brennan helped demonstrate as much when he appeared this morning on the cable channel to discuss Haspel’s nomination.

“She has a wealth of experience and background,” Brennan said of Haspel, and “she has tremendous respect within the ranks.” Referring obliquely to the torture program, Brennan said she "was involved in a very, very controversial program” but “has tried to carry out her duties at CIA to the best of her ability, even when the CIA was asked to do some very difficult things in very challenging times.” Ultimately, Brennan concluded, Haspel “deserves the chance to take the helm at CIA.” He predicted the Senate would confirm her.

In the context of the torture debate, Brennan’s vouching for Haspel despite her involvement with the torture program is meaningful. Brennan actually tried to promote Haspel to a senior post within the CIA early on in his tenure, but he changed course when Sen. Dianne Feinstein (D-CA) personally intervened and, according to The Washington Post, “express[ed] concern that someone so closely linked to the [torture] program might lead the agency’s spying service.” Brennan was concerned enough back then to keep Haspel out of the CIA’s leadership, but now he’s fine with her taking on the top job at the agency.

Brennan himself is a beneficiary of the lax-to-nonexistent accountability standards for the CIA when it comes to the question of torture. In 2014, the CIA -- then under Brennan’s direction -- admitted that officers had spied on Senate staffers who were working on the then-pending release of the Senate intelligence committee’s torture report. Brennan had categorically denied that any spying had taken place. When that was proven false, Brennan apologized and personally appointed a five-member committee to investigate. That committee recommended that no disciplinary action be taken for spying on the U.S. Senate. Brennan continued on in his job and retained the “confidence” of President Barack Obama.

That’s how “accountability” works for the CIA and the rest of the intelligence apparatus. You always get the maximum benefit of the doubt and are eligible for limitless mulligans because everything you do -- no matter how blatantly illegal or immoral -- is done in the name of “national security.” John Brennan sent a signal to everyone in D.C. that Gina Haspel’s direct involvement in torturing detainees and the ensuing cover-up shouldn’t derail her ascent to the directorship of the CIA, and we shouldn’t be surprised if and when the Senate heeds his counsel.