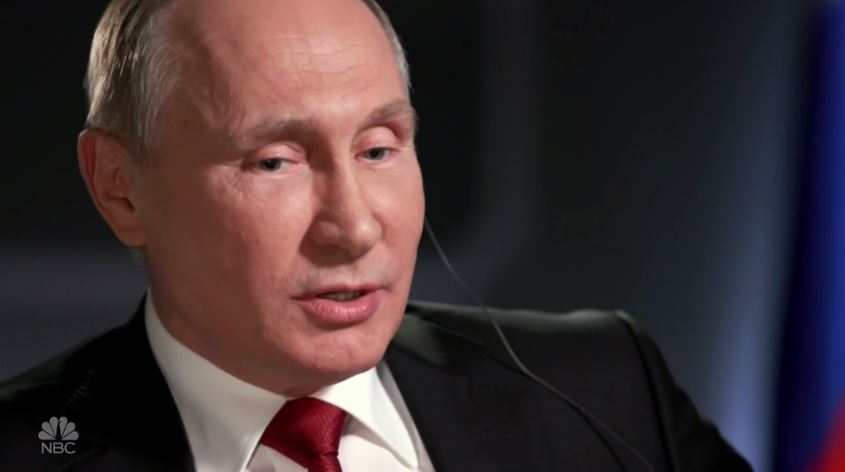 Fake news purveyors are citing Russian President Vladimir Putin to claim that, contrary to the U.S. intelligence community’s conclusions, Russia did not interfere in the 2016 election.

On June 4, NBC aired Putin’s interview with new host Megyn Kelly, in which he claimed he hadn’t seen “any direct proof of Russian interference in the presidential election.” He also suggested that American intelligence agencies could have fabricated evidence of hacking, saying, “There’s a theory that [President John F.] Kennedy’s assassination was arranged by the United States intelligence services.” Putin made similar remarks two days earlier during a panel discussion, which Kelly moderated, at the St. Petersburg International Economic Forum, saying, “There is no specific evidence, no facts, just assumptions, allegations and conclusions based on those allegations nothing more.” However, U.S. intelligence agencies have all concluded “with high confidence” that Russia interfered with the 2016 presidential election to help President Donald Trump win, in part by hacking Democratic groups and individuals and by using bots to spread fake news and pro-Trump stories on social media.

Fake news purveyors jumped on the interviews, praising Putin and calling the idea that Russia interfered in the election “a nonsensical theory” and “allegations that are continuously being spewed out of the mouths of the Left.” Others cited Putin to call the intelligence community’s conclusions, noted by Kelly in the interview, “absurd Russian hacking claims,” “stupid talking points,” a “clearly bogus narrative,” “Hillary Clinton campaign talking points,” and “a line of questioning that sounded as though it came straight out of the Democrat-media complex conspiracy handbook.”

This praise for Putin’s remarks follows the repeated denial by these outlets -- which regularly function as pro-Trump propaganda outlets -- that there could be any connection between Trump’s campaign and Russia. Their framing of the issue is similar to reporting from Russian outlets RT and Sputnik, which simply parroted Putin’s highly dubious claims.