Less than one week after right-wing media’s migrant caravan conspiracy theories inspired the deadliest anti-Semitic massacre in U.S. history, media continue to play with fire by not calling out Trump’s racism.

On October 31, President Donald Trump tweeted a racist, pro-Republican Party advertisement purporting to link the Democratic Party to violent crimes committed by undocumented immigrants. In addition to being false, the ad is incredibly racist -- yet some media figures and outlets still hedged on calling out the blatant bigotry on display. Instead of calling the ad “racist,” some compared it to the infamous “Willie Horton” ads of 1988 presidential elections, and many frequently opted for phrases such as “racially charged” or “racially divisive,” which obscure the malicious, racist intent behind the advertisement.

Less than one week ago, the American Jewish community endured the deadliest anti-Semitic massacre in the nation’s history. The gunman was partly inspired by the same racist conspiracy theories about the migrant caravan that featured in Trump’s racist ad -- conspiracy theories that the president likely adopted after seeing them on caravan-obsessed Fox News. If it were not already obvious, it should be clear now that the media absolutely cannot afford to give the president’s racism a pass.

Here are a few examples of media outlets and figures hesitating to call out Trump’s racism in their reporting:

CNN: “Trump shares racially charged campaign video.” The headline and video was syndicated to multiple local outlets across the nation. 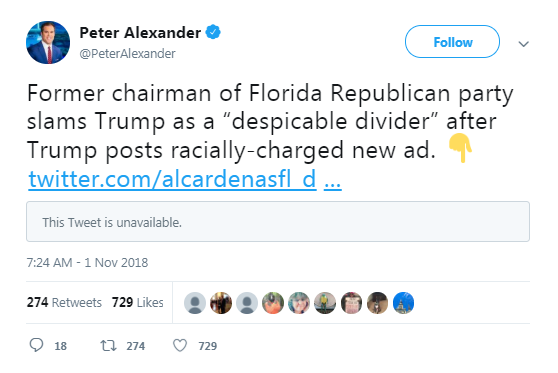 USA Today: Trump’s ad “is being derided by many as the most racially charged campaign commercial since the infamous 1988 ‘Willie Horton ad.’” 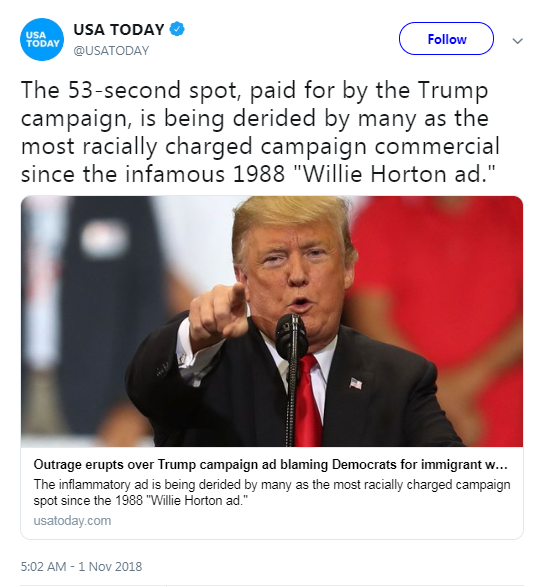 Wash. Post: “Trump is attaching his name to the racially charged, Horton-esque message.” 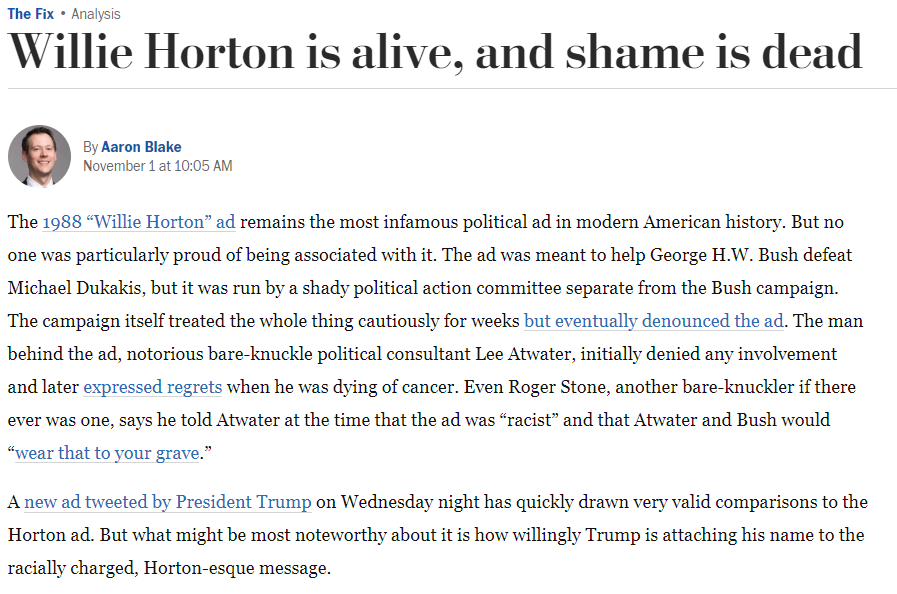