President Donald Trump held his 60th rally since becoming president last night in Orlando, FL, and while the event was virtually identical to his past 59 rallies, the media was still fooled into giving Trump and his rally significant coverage -- before it even began.

Trump filed for reelection the day of his inauguration, just hours after he was sworn in and much earlier than any previous candidate. Since then, he’s held 60 rallies -- with six of them happening already in 2019. The only unique aspect of Trump’s rally last night was his claim that it marked the official launch of his reelection campaign. His messaging, however, made it seem like the event was still in 2016, with many media figures noting there was “almost nothing new” and that it was “just another rally.”

Even though some outlets acknowledged that Trump has actually been running for reelection since the day he was inaugurated, media still flocked to cover last night’s event, giving it significant attention throughout the day. In the lead-up to the rally, CNN, MSNBC, and Fox News all had extensive pre-rally coverage featuring multiple correspondents reporting live from the rally site. In total, the cable news networks devoted nearly 2 1/2 hours of coverage to Trump’s rally before the president even set foot on stage. Fox News had nearly an hour and a half of pre-rally coverage, while CNN and MSNBC devoted 28 minutes and 35 minutes, respectively.

When it came to airing the rally itself, MSNBC avoided airing the event, similar to the way it has treated Trump’s previous rallies in 2019. Fox News aired the rally in its entirety, and CNN -- which had only aired a cumulative minute and a half of the president’s first five 2019 rallies -- aired eight minutes of it. CNN’s Brian Stelter noted in his newsletter that while CNN and Fox News both aired the beginning of Trump’s speech live, “after five minutes it was clear that Trump didn't have anything new to say.”

But demonstrating that the media have learned nothing from 2016, cable news networks subjected their audiences to endless images of Air Force One, the stadium attendees, and the empty podium along with repetitive chyrons reading “Trump departs,” “crowds filling arena,” and “Trump lands in Orlando”: 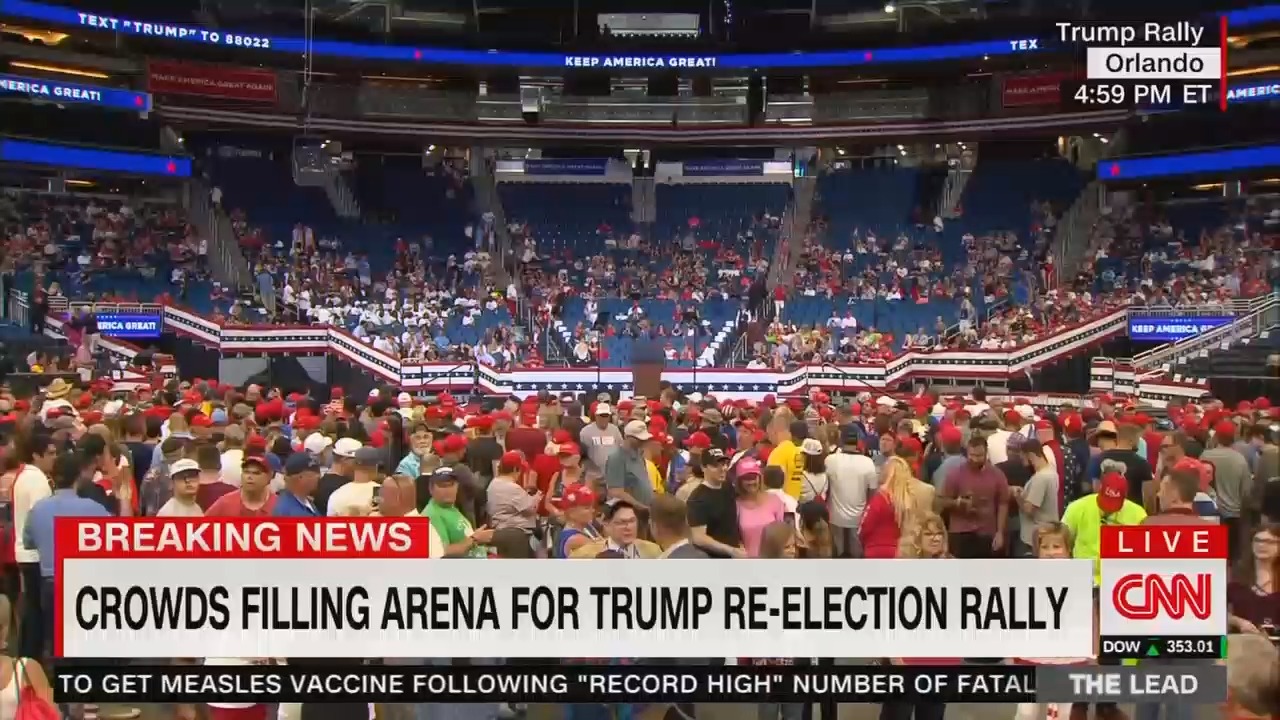 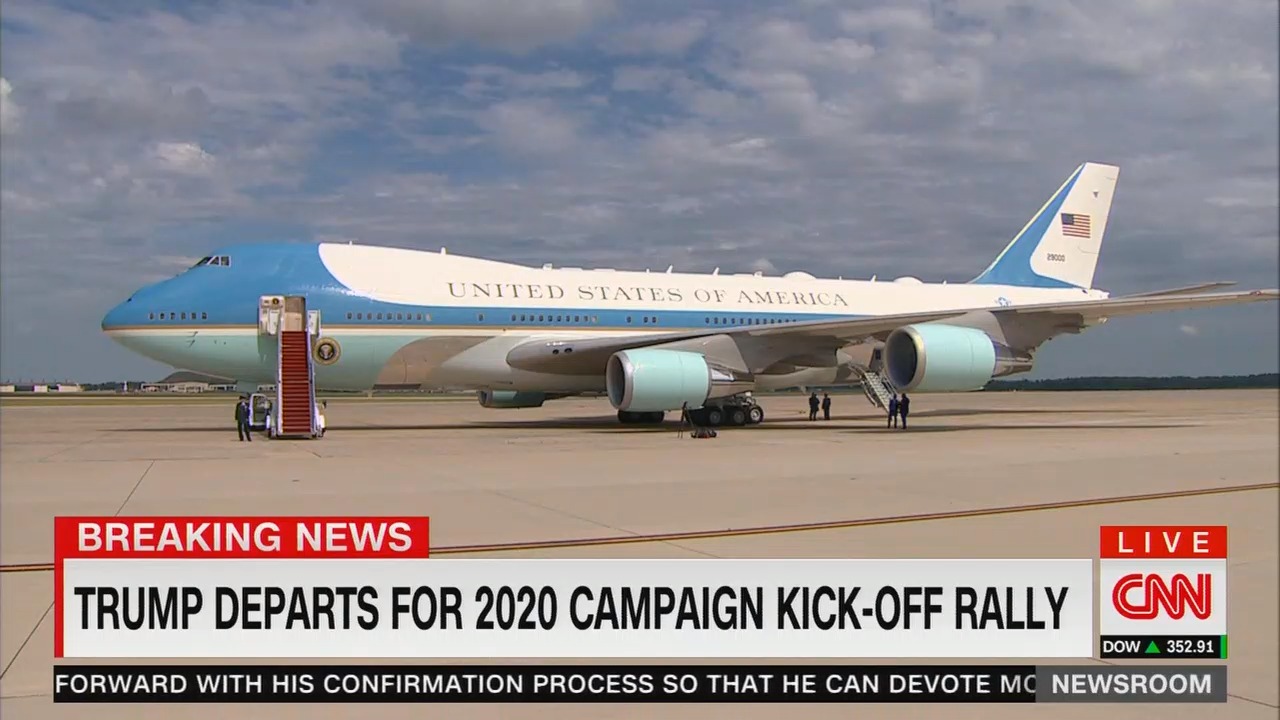 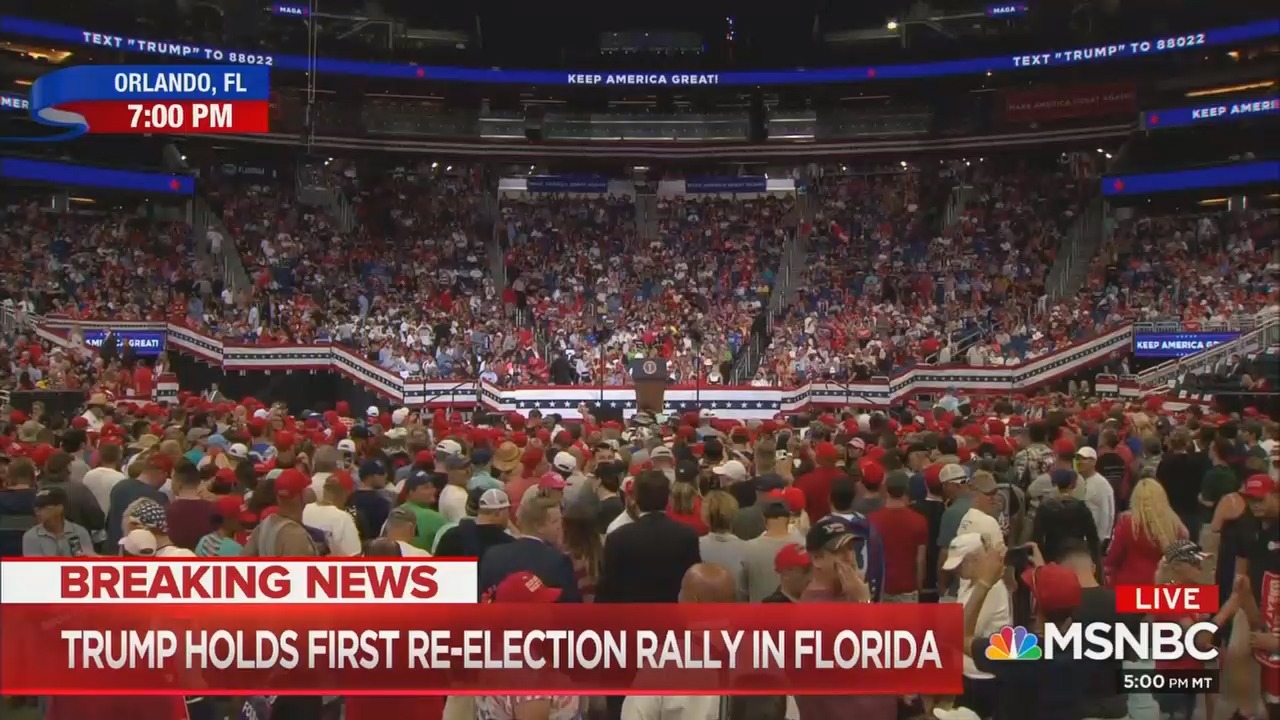 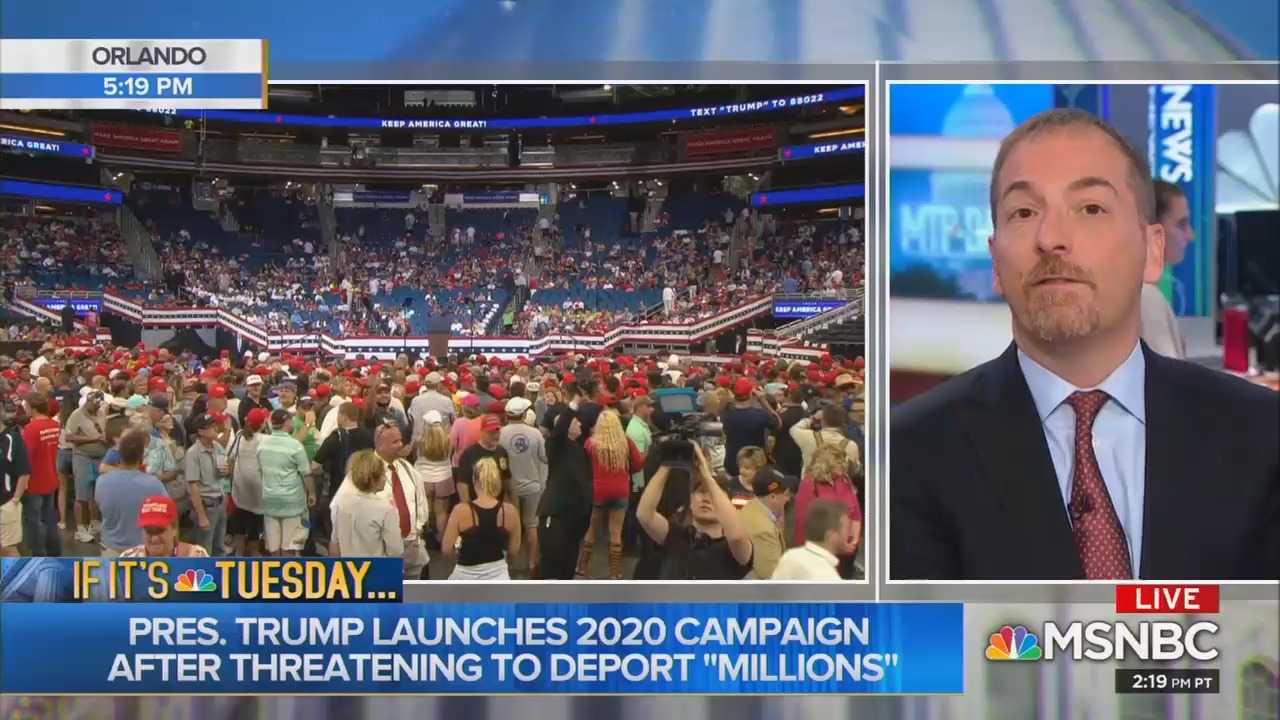 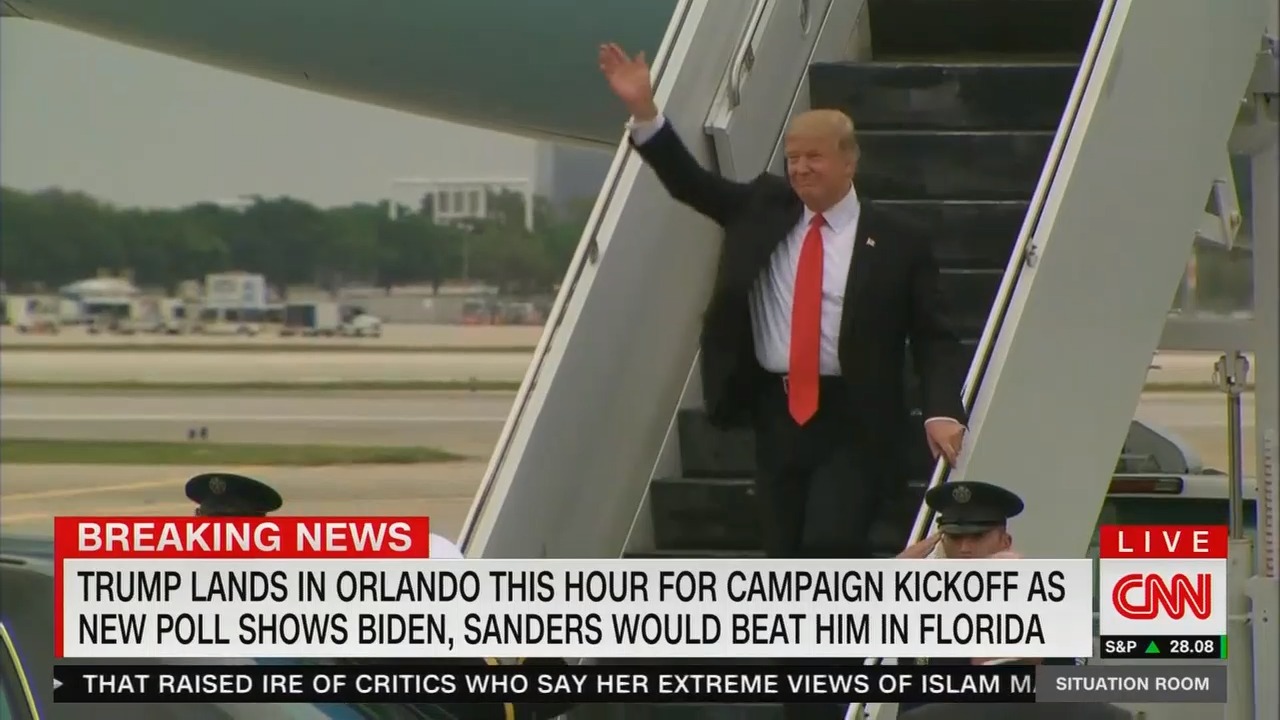 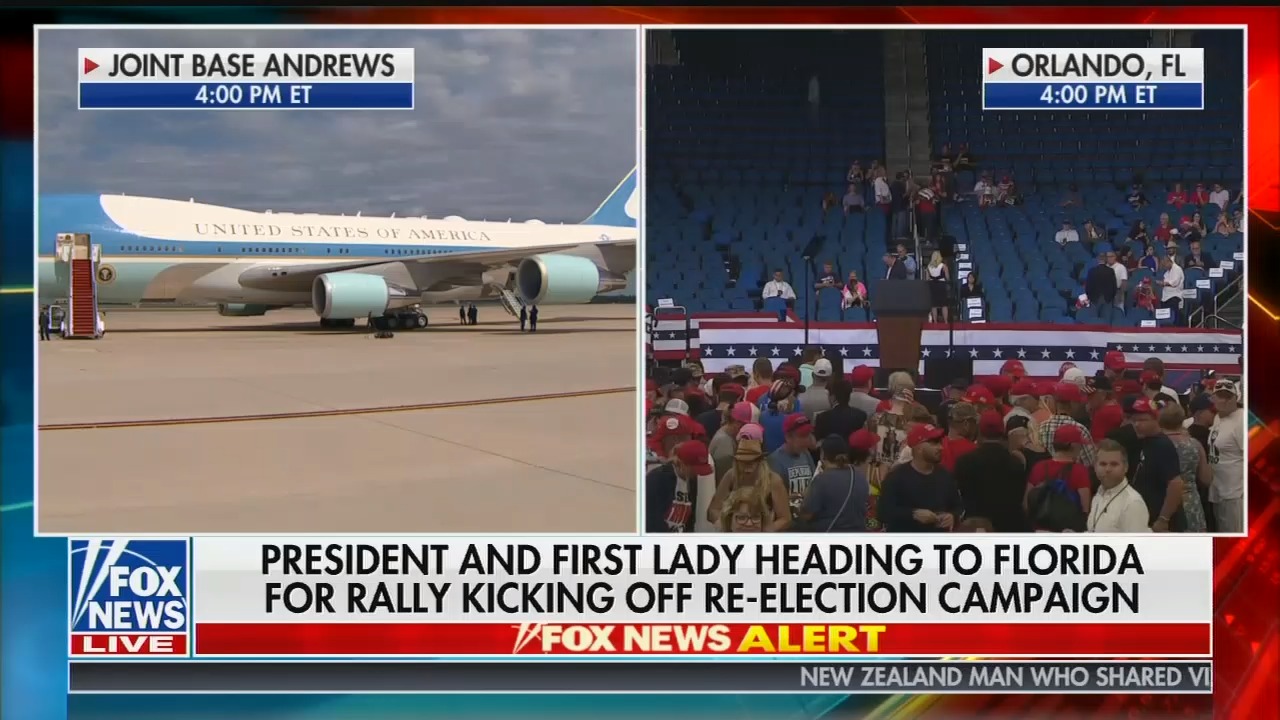 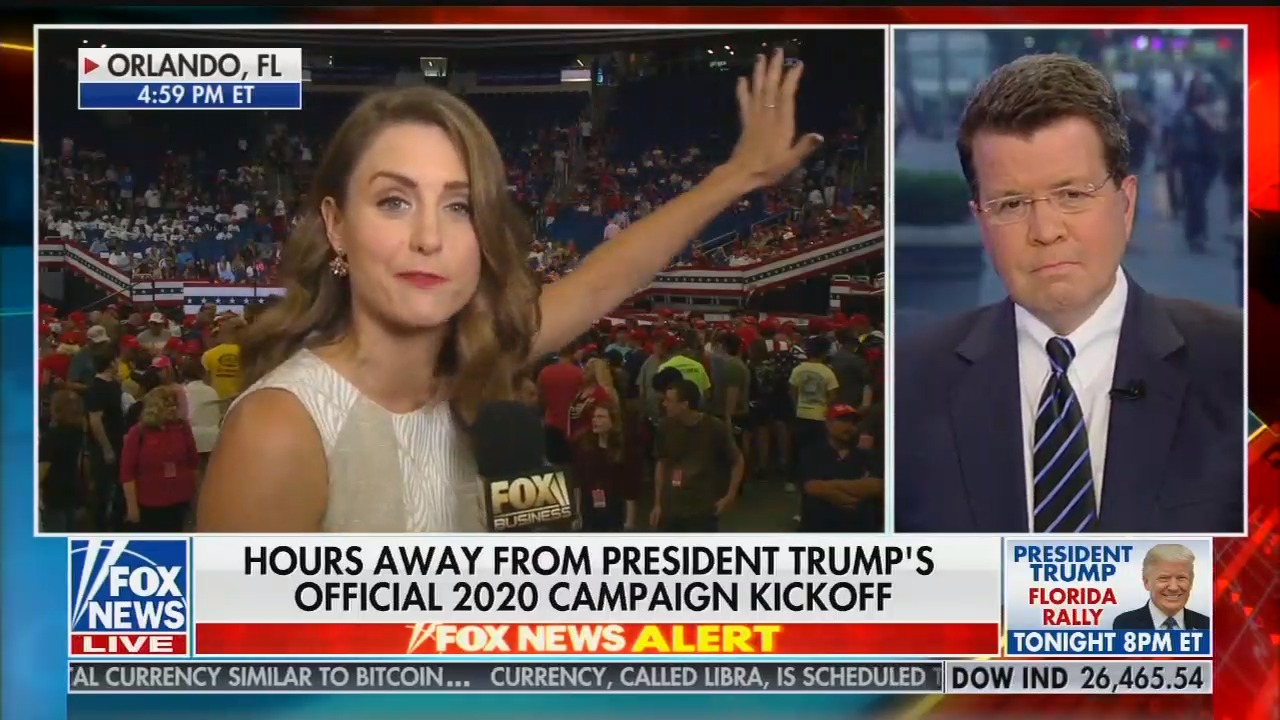 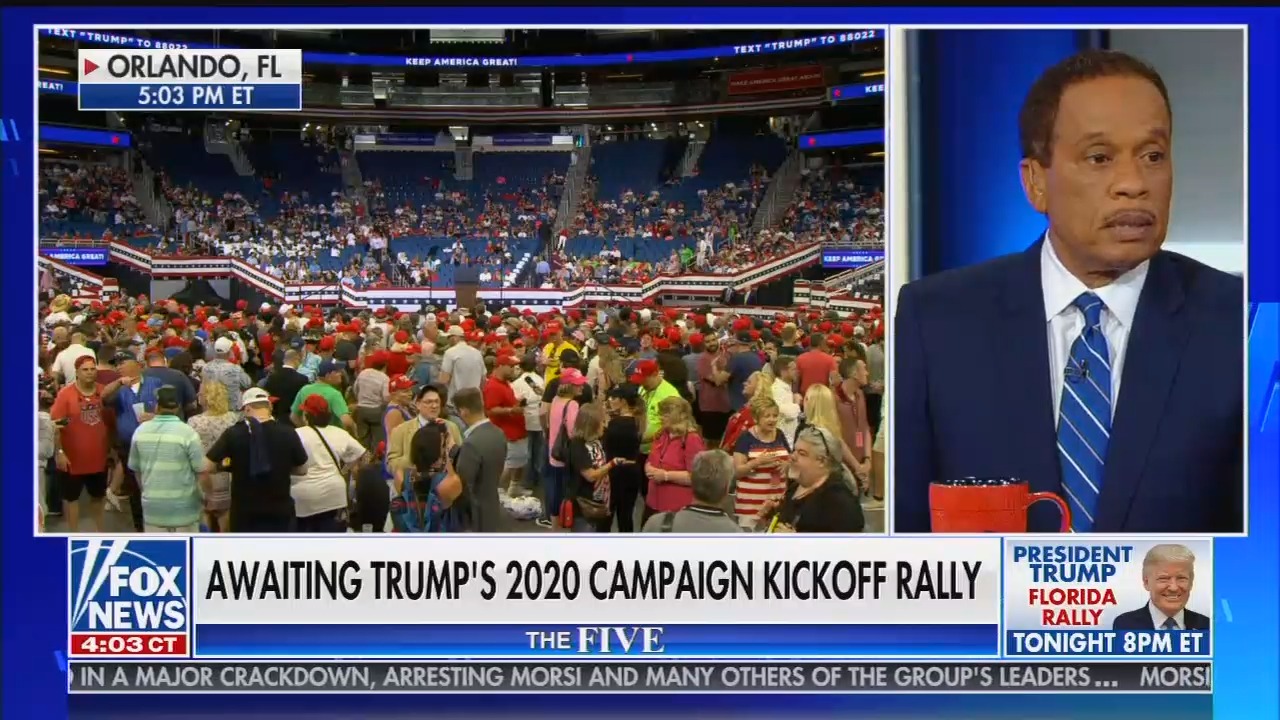 Alex Walker and Tyler Monroe contributed to this piece.