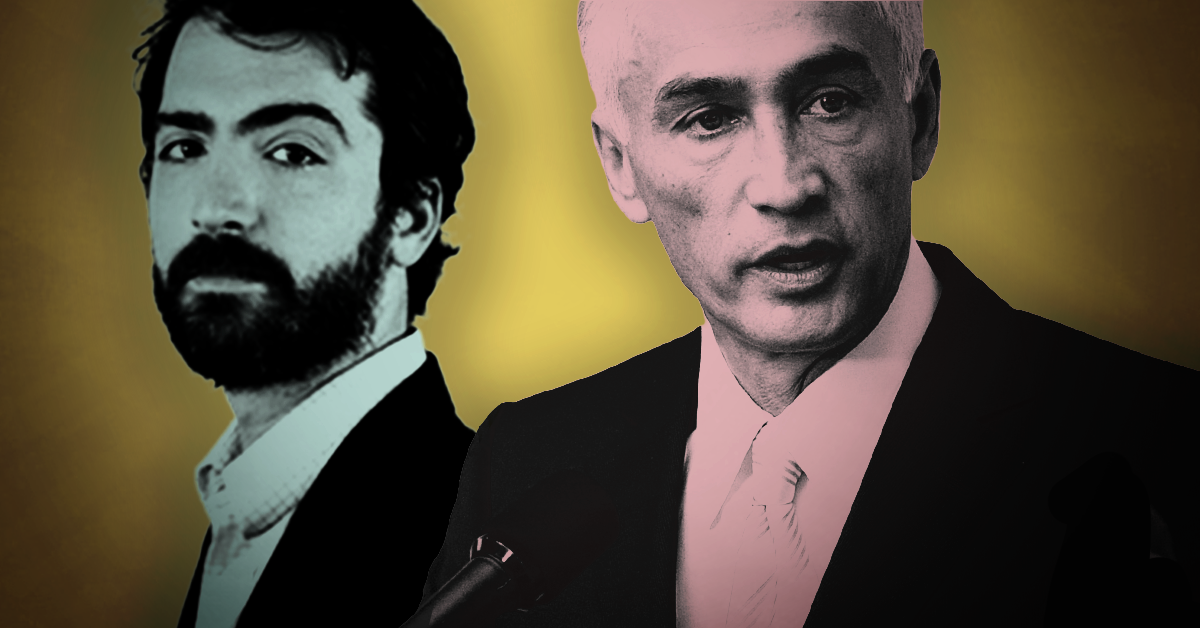 Journalists reacted in disbelief after reports surfaced that Greg Gianforte, a Republican candidate for Montana’s House seat, allegedly “body-slammed” and punched Guardian reporter Ben Jacobs after he asked Gianforte a question. This incident is sadly just the latest in a string of increasingly hostile attacks on the press that President Donald Trump has encouraged both as candidate and president. An earlier confrontation Trump had with Univision and Fusion reporter Jorge Ramos serves as a warning about what can come next.

Gianforte’s alleged assault on Jacobs has spurred a national outcry from journalists. Many are blaming Trump for encouraging “fear and anger and resentment” toward the press. And the altercation itself is not without precedent. Since Trump declared his candicacy and made his hostility to the press a central part of his persona, while covering political events (many Trump-related), members of the media have been reportedly choked, slammed to the ground, punched, shoved, arrested, pinned, slapped, and dragged down.

In August 2015, Jorge Ramos was another of these examples, when he was forcibly removed from a news conference after pressing candidate Trump on his proposals to build a physical wall across the southern border of the United States and to deport 11 million undocumented immigrants. Trump told Ramos to “go back to Univision” and claimed that Ramos was removed because he “stood up and started screaming” and later commented, “He's obviously a very emotional person.” Ramos was later granted re-entry into the news conference and was able to ask multiple questions. At the end of their exchange, Trump reminded Ramos that he was suing Univision and that Ramos was part of the lawsuit.

Later, Ramos was harassed by an unidentified man who told him, “Get out of my country.” In response to the confrontation, Ramos commented, “It’s the first time in my life anywhere in the world in which I’ve been escorted out of a press conference.”

But what happened next was another first. As the campaign continued, Trump refused every single one of Ramos’ requests for an interview, despite his prominence in both English and Spanish-language news media -- though he did solicit a donation from Ramos and sent him a bumper sticker -- and blacklisted Univision along with nearly every other Spanish-language outlet. Ultimately, Trump did only two interviews with Spanish-language media throughout the 16 months of his presidential campaign.

Just as right-wing media rushed to defend Gianforte after his assault of Jacobs, conservatives subsequently attacked Ramos, with the conservative Media Research Center even launching an (unsuccessful) pressure campaign for him to resign.

During the campaign, Spanish-language outlets and those focused on Latin American affairs didn’t hesitate to compare Trump’s antagonism toward the press to that of Latin American dictators and warn of the dangers that would come with Trump’s war on the press. This incident is just the latest evidence that Trump’s antipathy to a free press is not only becoming normalized but is even spreading.