The alleged shooter behind the Gilroy, CA, mass shooting recommended on Instagram a book and author popular among white supremacists. Before the shooting, the book had been repeatedly recommended by users on message boards on 4chan and 8chan -- sites known for being white nationalist hotspots -- with users saying that it "will gear you up for war,” that it gave them insight into the “enemy,” and that it justified a mass shooting.

Alleged shooter recommended a white supremacist, misogynistic book. The alleged shooter, who was identified to CBS News and who posted an image of the festival before the shooting, reportedly recommended on Instagram that people read Might Is Right by Ragnar Redbeard. [Heavy.com, 7/29/19]

Might Is Right is “widely popular and present among ethnocentric white nationalists.” The book “essentially advocates for social Darwinism, or the idea that members of certain races or ethnicities are inherently better equipped for survival than others,” that “true egalitarianism does not and cannot exist, and that the ‘white race’ is inherently biologically superior to other races,” according to Rolling Stone. [Rolling Stone, 7/29/19] 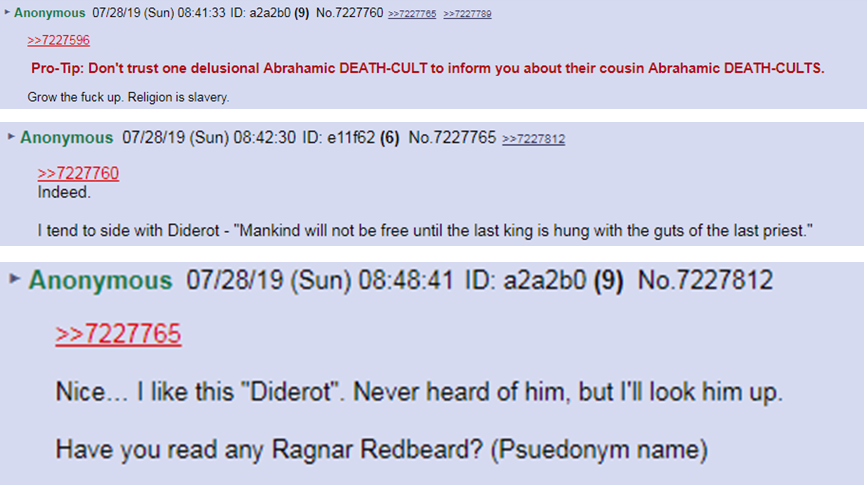 4chan user: Anyone who thought New Zealand shooter was not justified “need to read (or listen to) ‘Might is Right.’” On March 25, a user on 4chan’s “/pol/” message board urged people who criticized the New Zealand shooter’s actions to read the book.

8chan user: “Might is Right by Ragnar Redbeard has helped shape my mind to be geared for action.” On May 3, a user on 8chan’s “/pol/” message board posted an image of Might Is Right’s book cover and wrote that they “wanted to reference this book” because it “will gear you up for war.” 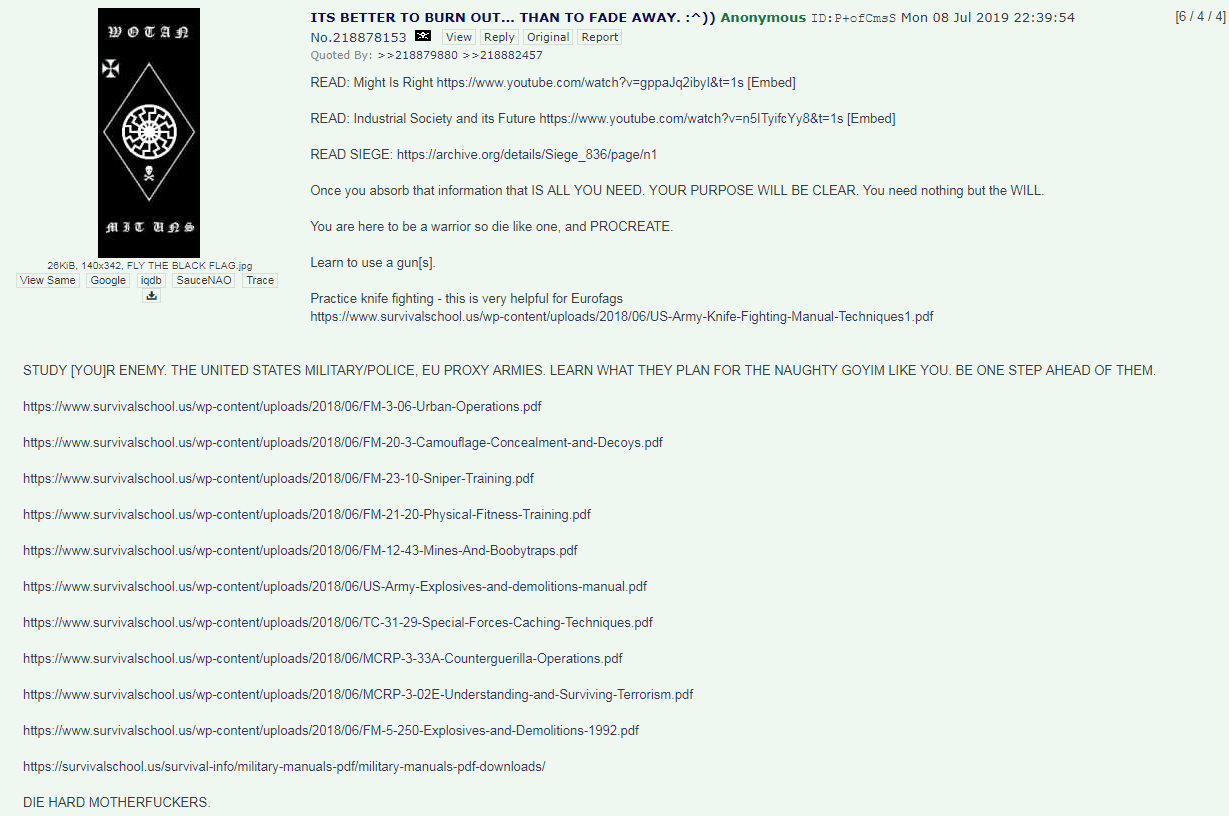 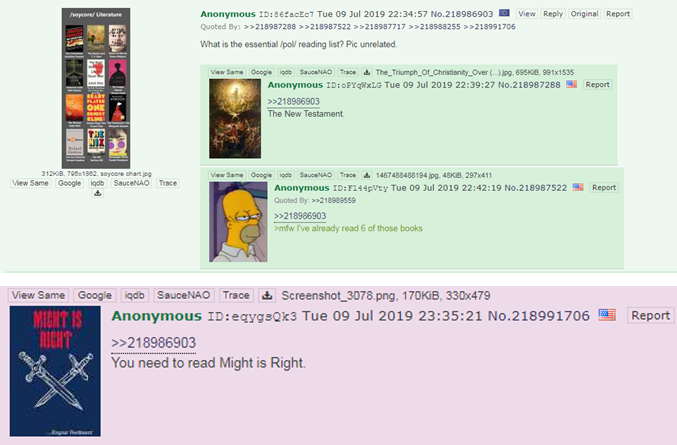 4chan user: Some of the “points” in Might Is Right “are hard to rebut.” On July 17, a user on 4chan’s “/pol/” asked if anyone had read the book, writing they “don't really agree with all his points but some of them are hard to rebut,” adding that a PDF of the book “is easy to find online.”