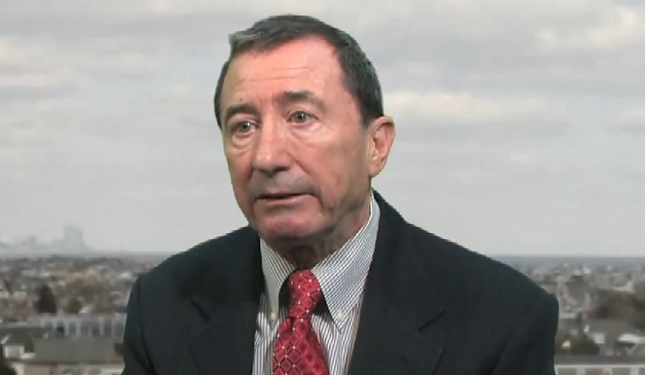 Grossman is the Republican nominee for New Jersey’s 2nd Congressional District. He is a lawyer who has also done stints as a radio host and newspaper columnist. Grossman received the NRCC’s backing on June 6 after he won his Republican primary contest (the Republican organization has since removed a statement about the endorsement from its website).

As Politico’s Zach Montellaro reported, NRCC Chairman Rep. Steve Stivers (R-OH) issued a statement today saying, in part: “Bigotry has no place in society -- let alone the U.S. House of Representatives. The NRCC withdraws our support of Seth Grossman and calls on him to reconsider his candidacy."

In 2010, Grossman also promoted a piece on the white nationalist website VDare. In comments to Media Matters, Grossman distanced himself from those links and claimed that he hadn’t visited those sites (despite sharing links to and commenting on them).

On June 11, American Bridge 21st Century PAC released a video of Grossman saying in April, “The whole idea of diversity is a bunch of crap and un-American.” (American Bridge founder David Brock is also the founder of Media Matters.)

Media Matters also reported on June 12 that Grossman posted other bigoted and racist remarks about Black and Muslim people before running for Congress. Grossman claimed:

CNN’s Nathan McDermott, Andrew Kaczynski, and Chris Massie reported on June 22 that Grossman “has said diversity leads to Muslims killing Christians and that Kwanzaa is a fake holiday made by black racists to divide America,” among other remarks.

As media outlets have reported, numerous Republican candidates for office have had a problematic relationship with white nationalism.