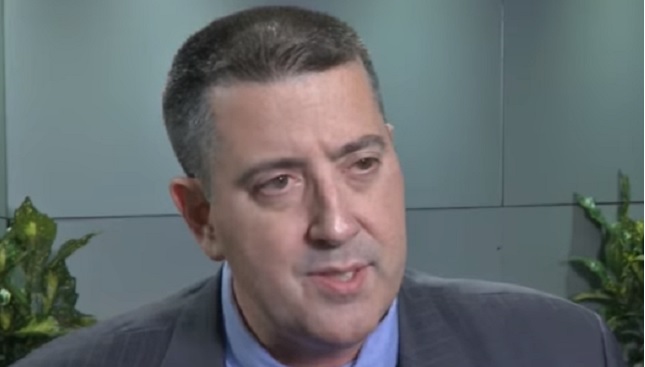 The Trump administration recently appointed William C. Bradford to be director of the Office of Indian Energy Policy and Programs. Bradford has a history of making incendiary, conspiratorial, and violent commentary on Twitter and in a regular online column.

The Washington Post’s Dino Grandoni reported that Bradford, formerly the attorney general of the Chiricahua Apache Nation, had written a number of “disturbing tweets,” including calling former President Barack Obama “a Kenyan creampuff,” calling Facebook founder Mark Zuckerberg a “little arrogant self-hating Jew,” questioning in 2016 whether a “military coup” might be needed if Obama refused to leave office, and claiming that Japanese internment camps were “necessary.” He also “wrote that women should not serve in the military and referred to then-Fox News host Megyn Kelly as ‘MegOBgyn Kelly,’” the Post noted.

Bradford has since deleted his Twitter account and apologized for his remarks, stating, “As a minority and member of the Jewish faith, I sincerely apologize for my disrespectful and offensive comments.” He also said that “as a public servant, I hold myself to a higher standard.”

In 2015, Bradford resigned from his job as a professor in West Point’s law program “after arguing that fellow legal scholars who criticize the war on terrorism are ‘treasonous’ and should be arrested, interrogated and even attacked as ‘unlawful enemy combatants,’” according to the Post.

Following the Post report, Media Matters found that Bradford also tweeted, “Imagine a world without Islam” and “Transgenderism is a mental illness” (via Internet Archive).

In addition, Bradford wrote columns for the website Communities Digital News, an online site that split off from The Washington Times in 2014. Bradford wrote columns there from 2015 to January 2017 and claimed that the death of White House deputy counsel Vince Foster was “suspicious”; warned in January 2016 that “a second U.S. Civil War may be necessary” if a Democrat is elected president; and disparaged women in combat as “inadequate” and said that putting them there “is a deliberate act of national self-destruction and a gift to our enemies.”

Here are some of the lowlights of his columns:

Bradford called Vince Foster’s death “suspicious.” In one column, Bradford wrote that Hillary Clinton “may be the most godless person in D.C. She may have a date with fire.” He then added that “Stumping for Hillary, [Madeleine] Albright is silent about Vince Foster. Foster was a longtime Clinton colleague and deputy White House counsel, whose suspicious 1993 death prevented him from testifying in criminal matters involving Hillary, including the mysterious disappearance of subpoeanaed (sic) Rose Law Firm billing records. His death was officially ruled a suicide, but many doubt Foster killed himself.” [Communities Digital News, 2/16/16]

Bradford said “a second U.S. Civil War may be necessary” if the country elected a Democrat. In a January 2016 column, he warned that “Americans will elect slavery over freedom for the goodies bought with other people’s money, time, and toil. And so, a second U.S. Civil War may be necessary to pull up the roots Communism has sunk deep into our soil. But election 2016 is our last best hope to avoid it. Pray the voters choose well.” In a December 2015 piece, he wrote that “a second U.S. civil war that inflicted death on the scale of the first would kill ten million Americans. Let’s … [commit] to limited government, a traditional understanding of the Constitution, and a relearning of the concept of the ‘enemy.’ Only by doing so can we ensure that Americans never suffer the hell of civil war again.” [Communities Digital News, 1/30/16; 12/5/15]

That the West of 2015 has abnegated the ancient social compact for civilizational self-defense is most acutely on display in the U.S. armed forces, where transgendered soldiers openly serve a commander-in-chief who throws like a girl, rides a bicycle with a helmet, golfs in 1950s-era girl’s saddle shoes and—against logic and expert military advice—now sends women to battle men.  The dangerous and suicidal lie underlying Obama’s fundamental transformation of the military is that women, far physically weaker and less aggressive than men, can prevail in the physical death struggle of combat.

Could anything be further from the truth? Who doubts that if men and women fight hand-to-hand the former will make short, ugly work of the latter? Given a choice, what enemy would not elect to battle female American soldiers rather than their bigger, stronger, meaner, more vicious, testosterone-fueled male counterparts?

Placing American women in combat sends terrible and morally corrosive messages: We are not serious about defeating radical Islam. Men no longer merit the pride that comes with bearing the sacred duty of protecting women, children and nation. Women are the functional equivalents of men without special responsibilities or aptitude for raising children, nurturing families and transmitting moral values.  And our civilization is no longer worth preserving since women, who we know are inadequate to the task, are sent to defend it. [Communities Digital News, 12/18/15]

A military coup is not yet and may not prove necessary to safeguard Americans against radical Islam. The voters may yet have the chance to usher in a new president committed to the destruction of ISIS and its wicked ideology.

Much can happen between now and the end of President Obama’s term in January 2017. Yet ISIS has vowed and U.S. intelligence agencies expect follow-on attacks on the U.S. and its allies. And if past is prologue Obama will do next to nothing in response other than recite some of the “legitimate grievances” Islamists incubate against the U.S.

Obama has proven for seven shameful years that he is the best friend radical Islam could possibly have in the Oval Office and, as such, is a domestic enemy of the Constitution and the American people.

If partisan politics continues to prevent other constitutional methods from removing a president willfully derelict in his duty to defend the nation against radical Islam, the U.S. military—bound by its oath of office to “defend the Constitution against all enemies foreign and domestic”—may be justified in ousting President Obama.

Whatever transpires between now and January 2017, the risible response to the Friday the 13th attacks establishes that it is past time, by any lawful means, to remove President Obama from power for dereliction of his duty to engage and defeat radical Islam. [Communities Digital News, 11/20/15]

Because government, media, and academic totalitarians hope the socialist-Islamist Red-Green axis will wreck capitalism faster than Big Brother can by himself, they blind themselves to Bigger Brother’s true nature and wage infowar on his behalf. Perhaps no one better embodies the intersection of Red and Green than President Obama himself, a socialist for whom al-Qaeda and ISIS would have voted had they been able.

If Orwell were writing today, he might call socialism “Red Brother” and radical Islam “Green Brother” for clarity’s sake. Government, media, and university socialists have ensnared us in a dystopia where not just one, but two evil ideologies—Red Brother and Green Brother—are warring against us.

The GOP decided years ago it would rather collaborate than battle Democrats and risk losing elections. Constitutional fidelity is rarer than marital fidelity in the single-party leviathan inhabiting D.C.’s swamp. Democrats have engineered a train of Red and Green abuses that rolled over Americans and their Constitution with Republicans riding along as freight.