White nationalist and neo-Nazi hate website The Daily Stormer openly celebrated the murder of counterprotester Heather Heyer during the violent August 12 white supremacist rally in Charlottesville, VA, calling her a “slob” and a “burden on society” with “no value.” The website previously praised Trump’s response to the rally.

Heyer, a 32-year-old who, according to her mother, was “determined to stand up to injustice,” was murdered when a car plowed through counterprotesters at the rally. At least 19 others were injured. According to The New York Times, the driver of the car was “charged with second-degree murder” and stood alongside white nationalist groups during the rally. One of the driver's former teachers has said that he was a Nazi sympathizer with “white supremacist views” and “a big idolatry of Adolf Hitler.”

President Donald Trump received widespread criticism for condemning “violence on many sides” in the wake of the incident rather than immediately denouncing white supremacy. An unnamed spokesperson has since issued a statement to reporters condemning “white supremacists,” though The New York Times reported that “it was not attributed directly to Mr. Trump.” The Daily Stormer, however, lauded President Trump’s comments, saying that “he didn’t attack us” and gave “no condemnation at all.” The Daily Stormer, designated a neo-Nazi hate site by the Southern Poverty Law Center, has long been a fan of President Trump, having said that a vote for him would be a vote “for the one man who actually represents our interests” and having praised his hiring of Steve Bannon.

In his August 13 article, Daily Stormer founder Andrew Anglin asserted that “most people are glad [Heyer] is dead, as she is the definition of uselessness.” He also called the victim an “overweight slob with no children” and praised the driver of the car as a “hardcore player” with a “cool demeanor” who “didn’t give a fuck.” 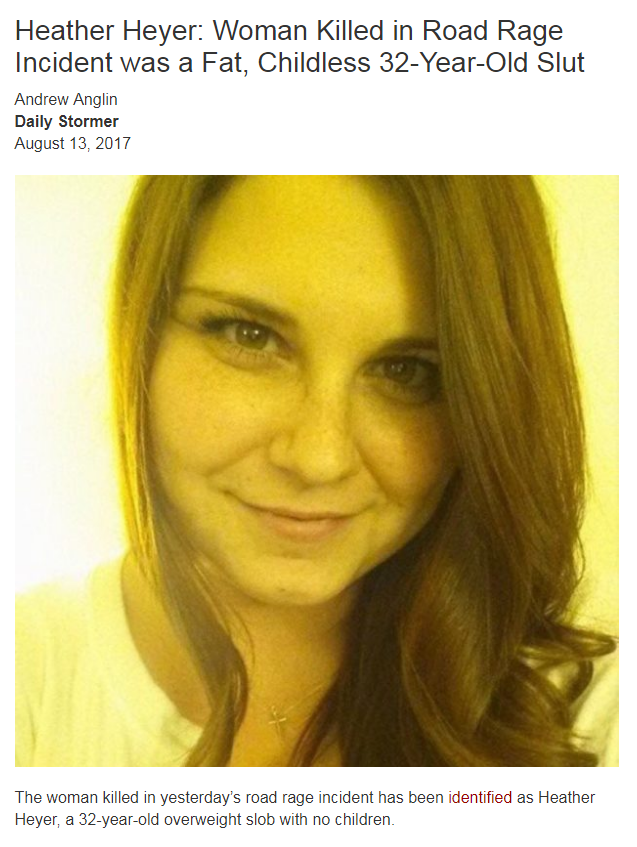 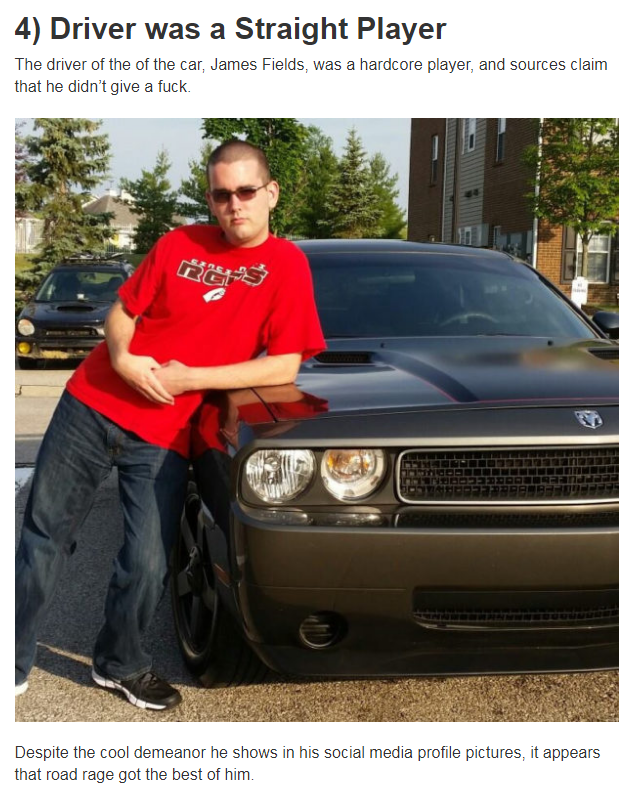