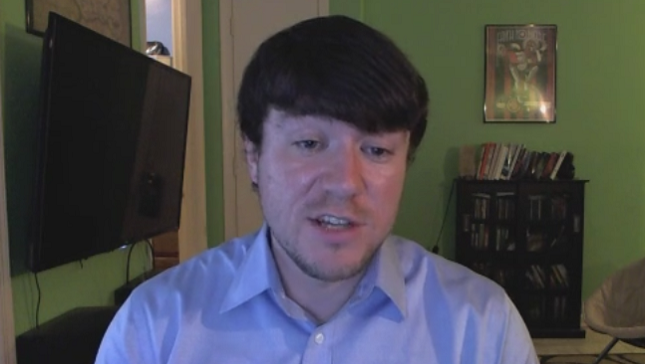 Before he organized the recent white supremacist rally in Charlottesville, VA, Jason Kessler wrote for The Daily Caller and the white nationalist site VDare and appeared as a purported expert on Alex Jones’ Infowars network.

Kessler was the organizer for the “Unite the Right” rally in Charlottesville that featured white supremacists and neo-Nazis. President Donald Trump responded to the violence by issuing a generic condemnation of problems “on many sides” and declining to specifically call out white supremacists -- behavior that fits his history of emboldening the white nationalist movement.

Right-wing media outlets like The Daily Caller have also played a role in cultivating white supremacist organizers like Kessler.

The Daily Caller contracted with Kessler “to contribute reportage to” the right-wing site this spring. He wrote two pieces in April with the headlines “Trump Supporters Vow To Rally In Berkeley Without Ann Coulter” and “Uncle: MS-13 Gangsters Mutilated Va. Teenager’s Body In Grisly Murder.” Both pieces promoted Kessler’s organization Unity and Security for America and his Twitter account.

Kessler then wrote a May 14 piece about white supremacists Richard Spencer and Sam Dickson rallying in front of Confederate monuments. ProPublica subsequently reported that the Caller failed to disclose that Kessler “is supportive of white supremacist groups, and on the day of the march had himself made a speech to the protesters in which he praised fascist and racist organizations, thanked a prominent Holocaust denier, and declared the beginnings of a cultural ‘civil war.’” While the Caller suspended its relationship with Kessler, Executive Editor Paul Conner defended Kessler’s work:

“The story is factually accurate and plainly states what happened at the event,” said Paul Conner, executive editor of The Daily Caller. “But in light of his activism on the issue, we have mutually agreed to suspend our freelance relationship with him.”

Asked about the substance of Kessler’s speech in Charlottesville, Conner offered no comment on Kessler’s statements. In an email, he said only, “We pay writers for journalism, not their opinions.”

An editor’s note was appended to Kessler’s article after ProPublica reached out to the Caller about the piece, stating: “The author notified The Daily Caller after publication that he spoke at a luncheon May 14 on behalf of an effort to preserve the monument.”

Media Matters contacted Daily Caller editors this morning about the outlet’s relationship with Kessler, whether the editors regretted publishing him, and if they would consider publishing him in the future. Shortly afterward, the publication removed Kessler’s author page and all his pieces on the site. Media Matters followed up by asking for a clarification about why the site deleted those pieces. The Caller did not respond to a request for comment by publication time.

Infowars has also had a role in promoting Kessler and his racist work.

Editor Paul Joseph Watson, who himself has a history of racism, aired a roughly 30-minute interview with Kessler in January to “discuss the insanity of the left and how they have lost all grip on reality.” The interview is featured on Alex Jones’ Youtube channel with the headline “Jason Kessler: Anti-White Racism Must End.” Infowars also posted a roughly 20-minute April interview with Kessler during which he warned Infowars viewers that there’s a “very pressing danger with these people” who are trying to take down Confederate statues. Both interviews promoted Kessler’s nonprofit and Twitter account.

Alex Jones aired a roughly 15-minute interview with Kessler on August 13, the day after the Saturday rally. During the segment, Jones complained that the media is “penalizing this guy because he’s saying one-third of the racist stuff that I disagree with against the [George] Soros group that’s a total cutout, just make us fight with each other. So how does media say he caused all the violence when clearly antifa was the ones attacking?” (Infowars has been claiming that philanthropist and one-time Media Matters donor George Soros has been purposely funding the Charlottesville violence.) Jones later said during the interview that Kessler walked into a “trap” set by Kessler's enemies by being at the Charlottesville rally this past weekend.

Kessler wrote three pieces for the “alt-right” affiliated outlet GotNews from January through March. Trump has reportedly received news from that outlet, which is headed by racist troll Charles C. Johnson.

Kessler has also written several posts for the anti-immigrant white nationalist site VDare. A June 19 post (his most recent) concludes that the “governments of the West are waging a campaign of slow extermination against their own core populations. It is white genocide.”

VDare recently announced that it will host a conference next year at Cheyenne Mountain Resort in Colorado Springs, CO. The 2018 event will feature VDare Editor Peter Brimelow, Breitbart.com columnist and former Republican Colorado Rep. Tom Tancredo, and writer John Derbyshire, who describes himself as a “mild and tolerant” “homophobe” and “racist.”

Brimelow has also contributed op-eds for The Daily Caller. His website posted a defense of the rally on August 12 by “Charlottesville Survivor,” which concluded that “it’s not Unite The Right that is ‘dividing’ America. Whites who aren’t comfortable with being dispossessed in every single Western country, or with seeing the symbols of their heritage wiped out, gathered to protest peacefully. … Why should Unite The Right apologize for anything? Indeed, how can the ‘Far Right’ be regarded as anything other than an incredibly moderate protest movement against a deliberate campaign of genocide?” (The white supremacists did not actually “protest peacefully.”)