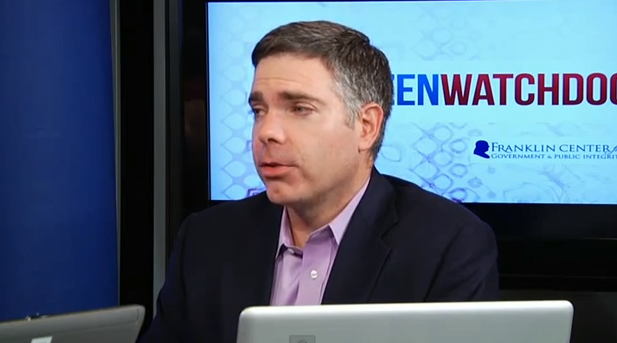 In a November 19 blog post, Lewis weighed in on the Cheney sisters' feud, which was sparked by remarks made by Liz Cheney, a Republican candidate for the U.S. Senate in Wyoming, opposing marriage equality. Liz Cheney reiterated that position in a November 17 appearance on Fox News Sunday, stating that while she'd always tried to be “compassionate toward” Mary Cheney and her wife Heather Poe,  “this is just an issue in which we disagree.”  Mary Cheney and her wife responded sharply, with Mary Cheney writing on her Facebook page, “Liz - this isn't just an issue on which we disagree you're just wrong - and on the wrong side of history.”

Lewis argued that Liz Cheney was merely “pandering” in order to win the GOP nomination in Wyoming and that she will “probably 'evolve' on the issue” after she is elected. According to Lewis, by not putting up with a “short-term inconvenience,”  Mary Cheney is “messing that up” (emphasis added):

Let's begin with loyalty to one's blood relatives -- and the fact that Mary Cheney apparently has none. Let's all let Mary in on a little secret here: YOUR SISTER IS PANDERING. That's right, once safely ensconced in the U.S. Senate, Liz Cheney will probably “evolve” on the issue.

But Liz is also attempting to actually win a U.S. Senate seat in Wyoming. And to make that happen, Mary, Liz may have to say some things you won't like. This is a short-term inconvenience. (When you run, Mary, maybe Liz will similarly bite her tongue?) But she needs you now. And you, Mary, are messing that up.

When people talk about the breakdown of the traditional family unit, I suppose this what they mean. It has nothing to do with gay marriage -- but everything to do about putting selfishness and individualism ahead of the collective good of the family name.

Putting personal political views ahead of blood relatives (I get that Mary is now married -- and this constitutes her new family) seems like a relatively new phenomenon. This is partly because of social media (all Mary Cheney had to do was get angry and sign on to Facebook), but, my guess is this has something to do with our new individualistic world -- and the fact that expectations of familial loyalty are diminished.

Lewis' post reflects what appears to be a right-wing media effort to portray Mary Cheney as the villain in this squabble. Radio talk show host Lars Larson appeared on Fox News' The Real Story with Gretchen Carlson on November 18 to decry Mary Cheney's lack of “respect” for her sister's anti-marriage equality position, which Liz Cheney and her parents have asserted is her genuine and long-held view.

Since the Cheney family feud erupted into public view, Mary Cheney has written, “This isn't like a disagreement over grazing fees or what to do about Iran. There isn't a lot of gray here. Either you think all families should be treated equally or you don't. Liz's position is to treat my family as second class citizens. That's not a position I can be 'lovingly tolerant' towards.”