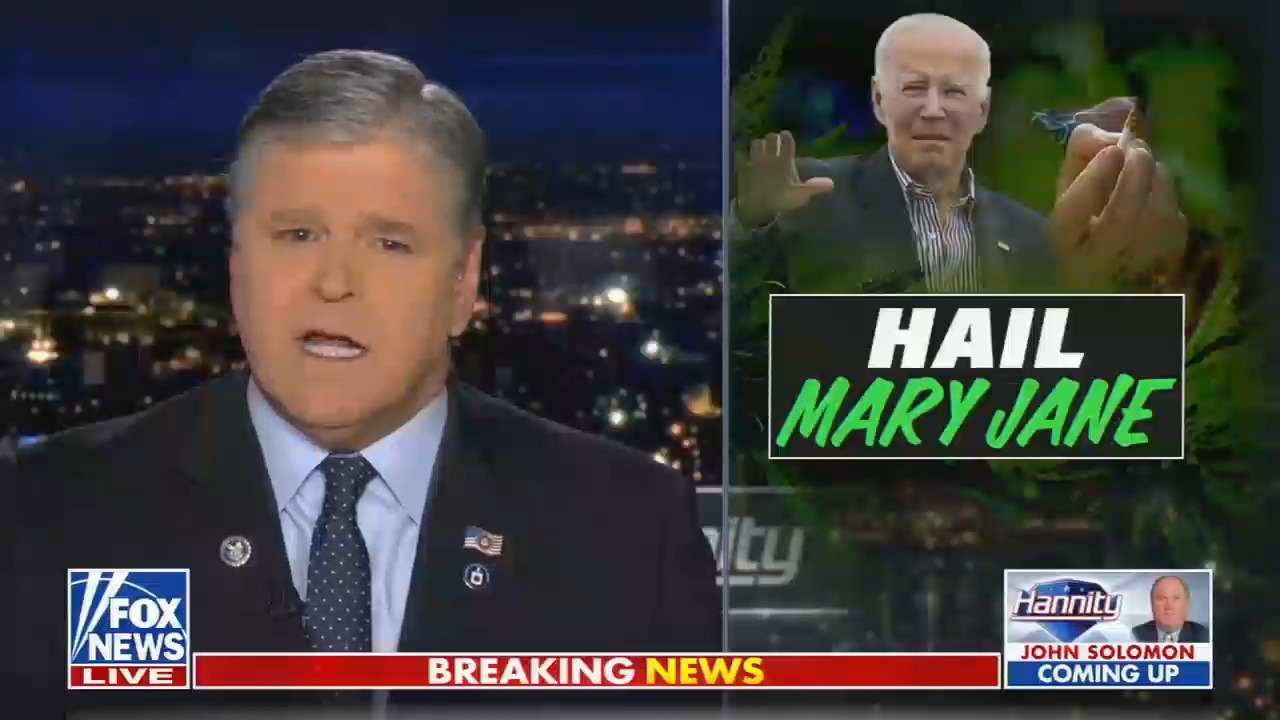 Soon after the Biden administration announced it would pardon simple marijuana offenses at the federal level, conservative media went on offense, fearmongering with unfounded narratives that the move would increase crime and trying to divert attention to news about the president's son, Hunter Biden.

On Thursday, President Joe Biden announced a three-step initiative to alleviate the burden of minor marijuana offenses on everyday Americans and the criminal justice system. The president granted federal pardons for simple marijuana possession and urged state governors to follow suit for similar state offenses. Further, the president called upon the secretary of Health and Human Services and the attorney general to review the federal classification of marijuana as a Schedule I controlled substance — the same schedule as heroin and LSD and one higher than fentanyl and methamphetamine.

The White House estimates that “over 6,500 people with prior federal convictions for simple possession of marijuana and thousands of such convictions under D.C. law could benefit from this relief.” Pardoning minute marijuana offenses falls under the president’s efforts to address racial inequities in the criminal justice system, as Black people are more likely to be arrested on possession charges than white people in every state, including those that have legalized the drug. According to the American Civil Liberties Union, Biden’s pardon also “means thousands of people now face fewer barriers to housing, employment, education and stability.”

Overlooking any benefits of marijuana reform, right-wing media have quickly seized on the Biden administration’s announcement to baselessly claim that pardoning marijuana offenses will exacerbate crime and to accuse Biden of making the announcement to detract from potential federal charges against his son.

Following the announcement of Biden’s pardons, right-wing media and figureheads immediately spiraled into a moral panic à la Reefer Madness over fears of “drug traffickers and gang members that pled down to simple possession” suddenly being released from federal prison.

Shortly before Joe Biden announced his three-step plan for marijuana reform, The Washington Post reported that federal agents gathered what they see as enough evidence to charge the president’s son, Hunter Biden, with tax crimes and making “a false statement related to a gun purchase.”

Right-wing media have repeatedly invoked Hunter Biden, using his past to distract from other stories and smear Democratic leaders, and their response to the White House’s recent marijuana announcement is no different.

Some in right-wing media responded to the president’s executive actions by ignoring their substance, declaring the announcement was only used as a “headline-changer,” and criticizing media outlets for not covering the recent news about Hunter Biden instead.