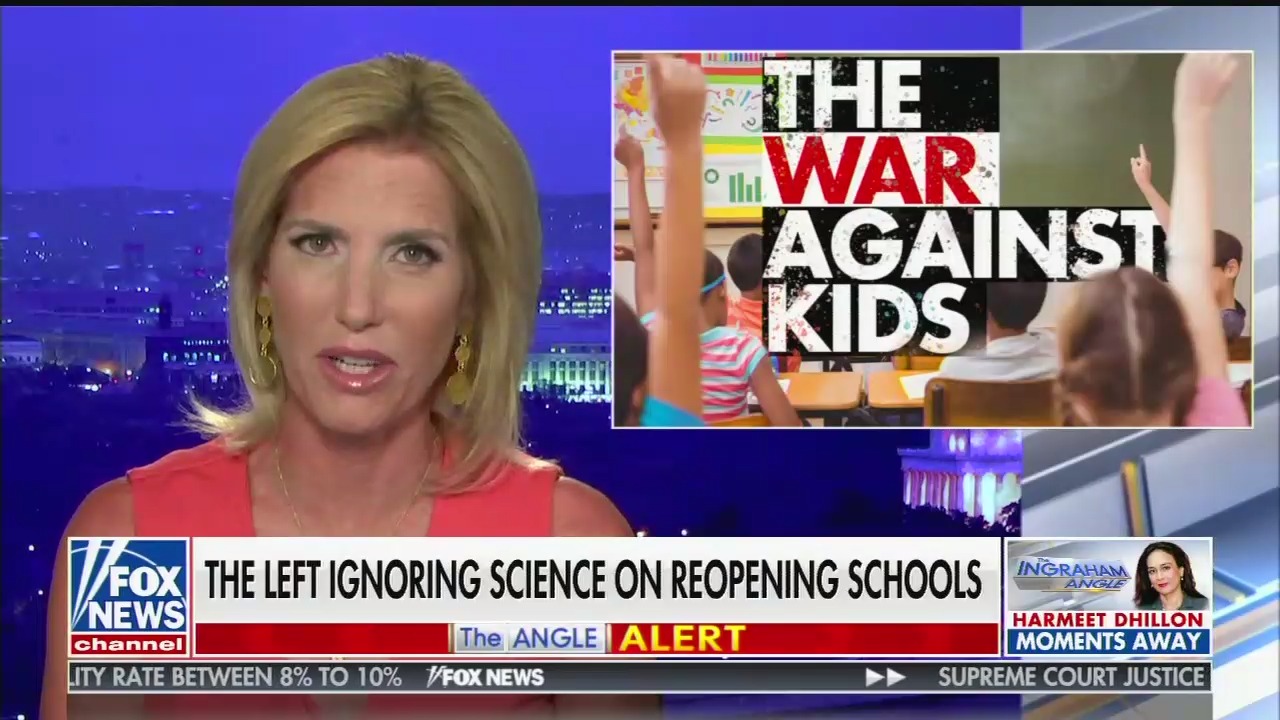 Fox News personalities have often been pointing to other countries resuming in-person learning as proof the United States should do the same. Yet they frequently fail to note one crucial difference — the United States’ uniquely high infection rate.

Public health experts and educators agree that reopening schools safely must be a top priority for policymakers. Lessons can and should be learned from countries like Denmark that have reopened schools with careful precautions and without a spike in coronavirus cases. But to assume — as Fox personalities like Laura Ingraham have — that the U.S. experience will mirror those of other countries is to deny the vastly different reality facing this country in terms of the virus’s spread.

Compared to most of the world, the United States has failed to control the spread of coronavirus. In many parts of the country, the virus is spreading at such high levels that the risks of resuming in-person learning as early as this fall outweigh the benefits according to local officials. And while students are unlikely to suffer serious health consequences if infected, adult school staff face greater risks.

While many countries have succeeded in safely reopening their schools with certain precautions in place, the experience is not universal. For instance, Israel experienced a devastating surge in cases after all schools were reopened — 47% of its new COVID-19 cases in June were traced back to schools. But when it comes to supporting measures that could actually help lower the spread of the virus and increase the chance of successful school reopenings, Fox figures have been resistant.

Relying on these misleading international examples misinforms viewers at a time when the public should be united in its efforts to tamp down the virus to the point where students actually can safely return to classrooms.

Other Fox personalities have relied on the same faulty reasoning