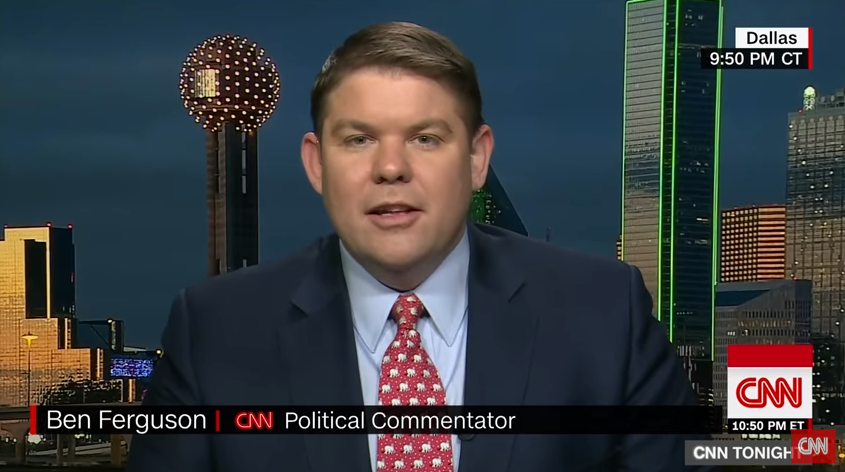 CNN contributor and right-wing radio host Ben Ferguson gave up the game on one of right-wing media’s favorite inaccurate talking points about Planned Parenthood, admitting that the organization does not use taxpayer funding to cover abortion services.

The comment came during a discussion on the March 27 edition of CNN Tonight with Don Lemon about the National Rifle Association (NRA) saying that it accepts foreign donations. Ferguson was attempting to defend the NRA’s assertion that its foreign donations are separate from election contributions. He stated that the NRA is “separating the funds” in “the same way that Planned Parenthood, for example, is not allowed to use funds that come from the American taxpayers for abortions. They separate it.” Later in the segment, Ferguson again said that there are “certain guidelines” about where Planned Parenthood’s taxpayer funding goes and “that money cannot be used directly for abortion services.”

DON LEMON (HOST): Do you think that that practice will invite the misuse of funds, Ben? I mean, if they don't take foreign money, they don't have to worry about the funds being used illegally.

BEN FERGUSON: I don't. And I think the NRA is pretty smart about this, separating the funds. The same way that Planned Parenthood, for example, is not allowed to use funds that come from the American taxpayers for abortions. They separate it, so that there is a very clear separation line here when you know you're going to be under scrutiny from people that don't like you. It's not illegal for the NRA to take foreign funds. Many nonprofits and many groups that have activism or ideas like this and others on the conservative/liberal side for decades have been taking foreign funds from people that support what they're about and what they're backing. I don't think there is going to be an issue here. I think certainly people want to play politics with this. But I think the NRA knows that they're under a microscope and have been for years. And they've never had problems with this in the past.

LEMON: So, but the critics on the right say the money always can't be separate when it comes to Planned Parenthood and abortions. That's really the criticism from those on the right. But you're saying now --

LEMON: -- that the NRA can separate.

FERGUSON: Not really. It’s not -- it's not the criticism.

ANGELA RYE: Yeah, it is.

FERGUSON: The criticism is that you're taking my taxpayer's dollars and you're giving them to an organization that is the number one abortion provider in the U.S. They give more abortions than anybody else with my tax dollars.

LEMON: Ben, you're saying the money can be separated.

FERGUSON: No one is giving money --

LEMON: You just said in one breath, though --

LEMON: -- that the money can be separated when it comes to the NRA, no matter where it comes from, foreign entities or whatever.

LEMON: So, if people are paying tax money, and they’re saying your tax dollars will not go towards abortions, so --

FERGUSON: There is a fundamental difference between Planned Parenthood and the NRA. The NRA does not receive taxpayers’ dollars. If they did, many people like Angela would be very upset with that. That is why I'm upset --

FERGUSON: -- with Planned Parenthood receiving funds. My point was again this: There are certain guidelines that go in that make it very clear that you cannot have taxpayers’ dollars when it goes -- and hundreds of millions of dollars a year go to Planned Parenthood. That money cannot be used directly for abortion services.