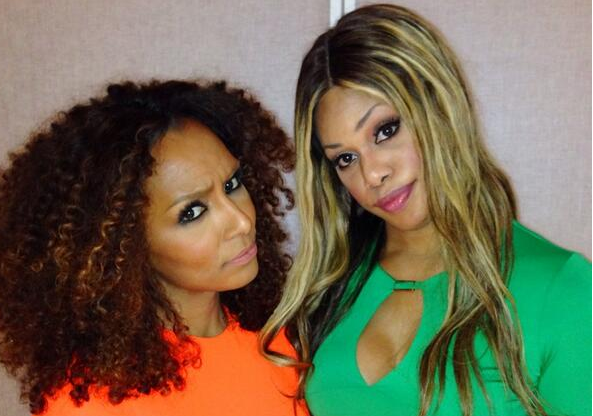 CNN host Piers Morgan demonstrated how not to treat transgender subjects after a problematic interview with transgender activist and author Janet Mock, during which Morgan fixated on the physical aspects of Mock's identity as a trans woman and CNN included an on-screen description stating that Mock "[w]as a boy until age 18." Under fire for his handling of the interview, Morgan responded by bitterly denouncing Mock and her supporters.

Transgender activist Janet Mock appeared on the February 4 edition of Piers Morgan Live to discuss her new memoir Redefining Realness. Rather than focus on the book, however, Morgan repeatedly brought up Mock's physical characteristics and described her as a “boy” before her transition - reinforcing the common problem of journalists objectifying transgender bodies.

In an interview with BuzzFeed after her appearance, Mock took Morgan to task for trying to “sensationalize” her life in the interview. Mock objected to Morgan's focus on her physical appearance - at the beginning of the segment, he marveled that he'd never have guessed “you had ever been a boy” - as well as her sex life and physical transition. 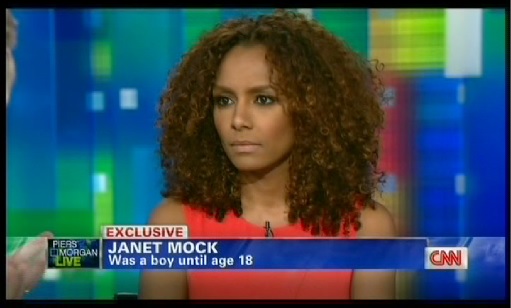 Mock told BuzzFeed that Morgan's interview implied she wasn't a woman “until I got the surgery,” while CNN and Morgan's descriptions of her as a former “boy” displayed “reductive thinking about gender.” Moreover, Mock said, Morgan's queries about her relationship with her boyfriend and his reaction to her gender identity contributed to the perception that trans women are “deceiving” their significant others. As Mock told BuzzFeed, her “book is not about Aaron or my relationship.”

Instead of treating Mock's criticism as a learning opportunity, Morgan lashed out on Twitter. While asserting that he's “always been 100% supportive of transgender rights,” Morgan also referred to “STUPID” “transgender supporters” as “dimwits” for deigning to criticize him, calling Mock “a shameful” promoter of “nonsense” whom he wished he hadn't booked:

Morgan also vowed to “deal with” Mock on his February 5 program:

Morgan's refusal to listen to criticism from Mock and other transgender people stands in marked contrast to MSNBC host Melissa Harris-Perry, who interviewed Mock on her February 1 show. Harris-Perry didn't objectify Mock by focusing on the physical aspects of being transgender, but instead allowed Mock to tell her own story and discuss the importance of demonstrating to others that trans people can live fully flourishing lives.

Perhaps Morgan was, as he claims, perfectly well-intentioned - if not quite fluent in journalistic best practices for covering transgender issues. But good intentions don't invalidate criticism of how he treated Mock, and they're no excuse for his indignant refusal to hear his critics out.