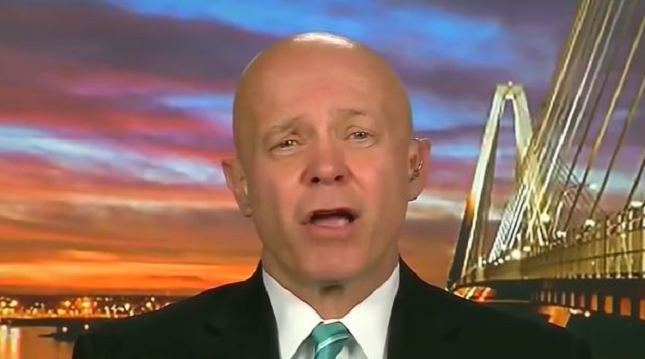 UPDATE (2/26): Houck wrote on Facebook that he will no longer be “affiliated with CNN” as of February 28 and said he “will continue to back our police officers on other networks if they allow me and to escalate our fight against the dangerous progressive democrats who wish to diminish our constitutional rights as Americans.”

Harry Houck no longer works for CNN as a law enforcement analyst, according to his recently updated LinkedIn profile. The apparent departure is good news for CNN viewers: Houck has been an apologist for police brutality and pushed racist tropes about black criminality.

Houck recently changed his LinkedIn profile to state that he is now a “Former CNN Law Enforcement Analyst" who worked for the network from May 2015 to February 2018. CNN did not immediately respond to a request for comment.

Since being hired as CNN’s law enforcement analyst in May 2015, Houck has used his national platform to defend police officers accused of violence and other misconduct by peddling racist tropes about black criminality, demonizing the Black Lives Matter movement, and blaming black victims of police violence.

One month after the death of Freddie Gray -- as cable news networks debated racial bias in the criminal justice system -- CNN hired former New York Police Department Detective Harry Houck as a “law enforcement analyst.” During one of his first appearances on the network as a paid analyst, Houck specifically thanked anchor Anderson Cooper for helping get him the job, saying, “This man is responsible for this occurrence.”

Houck appeared on CNN 204 times between May 18, 2015, and August 1, 2016. And while he’s often invited to discuss crime stories like active shooter situations, Houck is best known for his absurd defenses of police officers accused of mistreating African-Americans. In dozens of segments, Houck has found ways to blame black victims of police violence, deny the existence of racial profiling in law enforcement, and peddle racist tropes about black criminality.

The racial justice organization Color of Change had called for the network to fire Houck, writing that his “blind support of police abuse and reinforcement of racist stereotypes is dangerous.”

Additionally, after the white supremacist rally in Charlottesville, VA, last August, he tweeted that “the left has to take some responsibility” for the death of anti-racism activist Heather Heyer. He also claimed that “haters on both the far left and far right invaded what was supposed to be a peaceful demonstration in VA yesterday.”

Washington’s publicist confirmed to Media Matters that the actor never made the remarks. Houck later deleted his post and wrote: “I apologize for retweeting a fake news story re: Denzel Washington I didn't even read.”