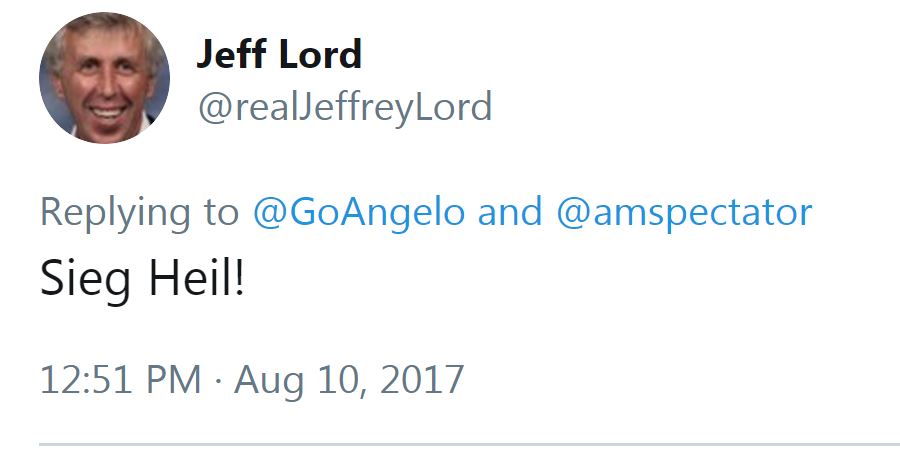 On August 10, the American Spectator published an attack piece by Jeffrey Lord against Media Matters. The screed lashed out at what Lord describes as “Media Matters Fascists.” Lord then tweeted the article to Media Matters President Angelo Carusone. When Carusone pointed out that his name was misspelled in the headline of the piece, Lord responded with the Nazi salute “Sieg Heil!” 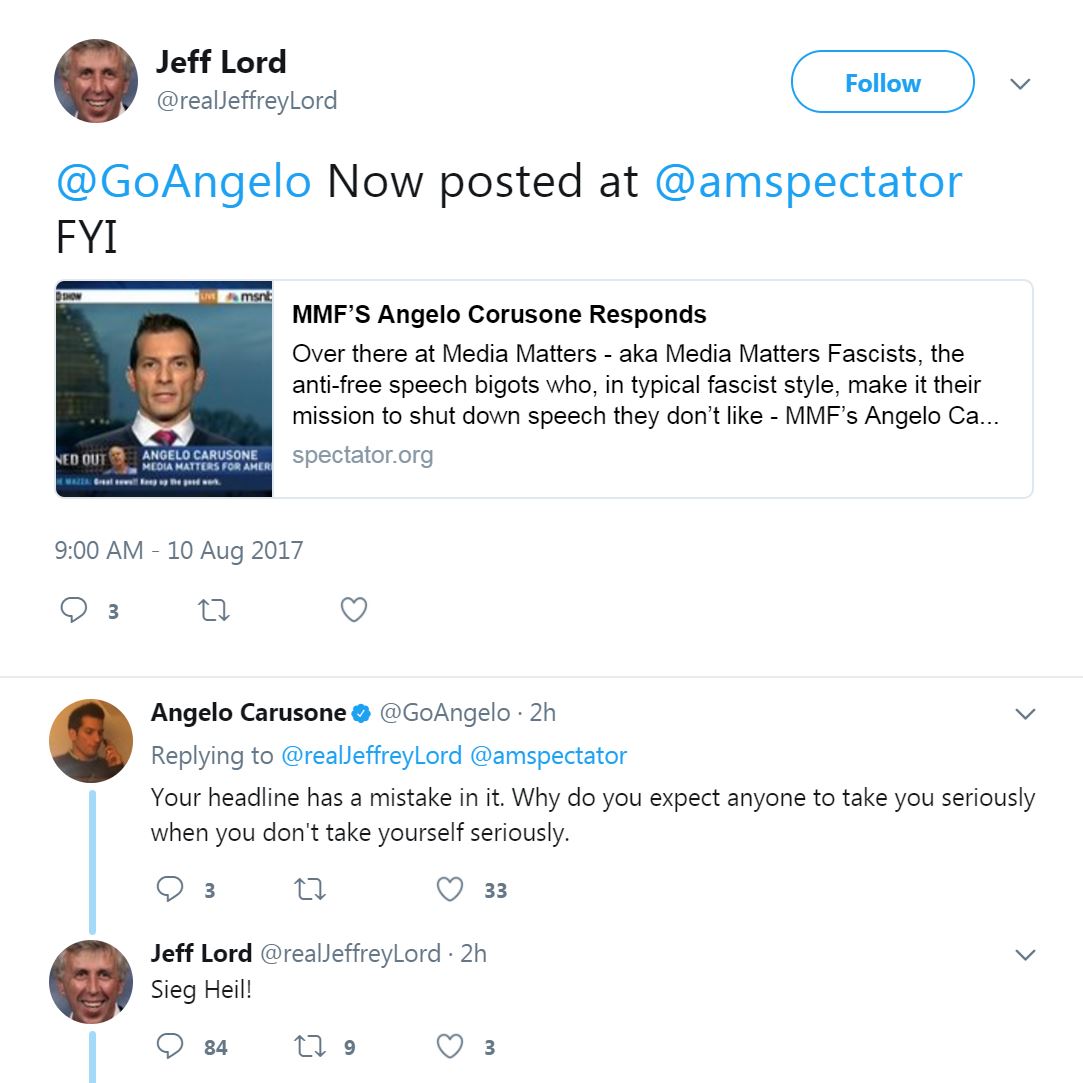 After receiving initial blowback on Twitter, Lord explained his confusing issuance of the Nazi victory salute by implying that it was a joke or that it was meant to further highlight Carusone and Media Matters’ “fascist” agenda.

Lord is a shill for President Donald Trump who has supported the president’s sexist and dangerous behavior. Lord has a history of making bigoted and ridiculous commentary and has pushed false claims to defend Trump.

A bunch of people have asked if Media Matters is calling for Jeffrey Lord to be fired for issuing the Nazi victory salute. Here's my answer: pic.twitter.com/60DmvwTVWG