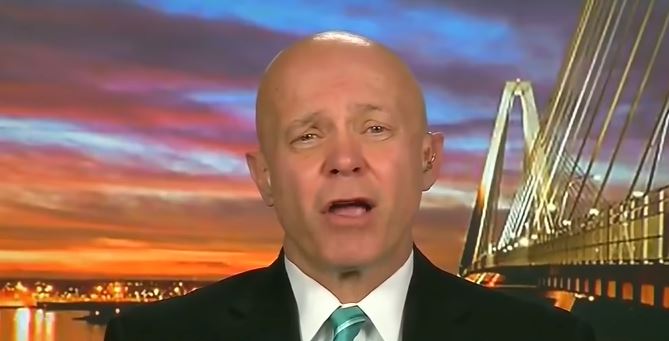 CNN law enforcement analyst Harry Houck tweeted today that “the left has to take some responsibility” for the death of anti-racism activist Heather Heyer. He also defended the white supremacist Unite the Right rally in Charlottesville, VA:

Houck had previously promoted the claim that “antifa” (short for anti-fascists) and Black Lives Matter “started the violence” and tweeted that “haters on both the far left and far right invaded what was supposed to be a peaceful demonstration in VA yesterday.”

Seeing many reports by individuals that Antifa & BLM started the violence & police were told to stand down by the Mayor of Charlottesville??

Haters on both the far left and far right invaded what was supposed to be a peaceful demonstration in VA yesterday. This has to stop!

He has also claimed:

If you didn't see Trumps press conference just now u gotta see it. He was amazing!!! Go Trump!!!!

Nobody has embraced and promoted racism and hate more than the democrats!

Media Matters has documented that Houck has a long history of race-baiting commentary, which includes frequently blaming victims of police brutality and describing Black Lives Matter as a “thug group.” He also regularly uses his national platform on CNN to peddle racist tropes about black criminality. He recently claimed that President Donald Trump encouraging police brutality is not “that big a deal.”

As Carlos Maza -- now with Vox -- wrote for Media Matters last year: “Despite his rhetoric, CNN continues to pay Houck as an expert, bringing his race-baiting to a national audience any time a story of over-policing or police brutality makes headlines.”