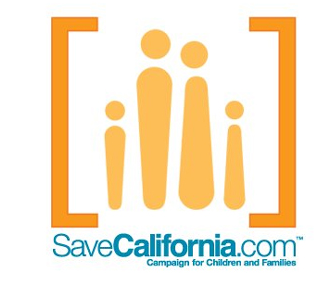 CNN invited hate group leader Randy Thomasson to appear on the network to condemn a new California law ensuring the rights of transgender teens to use facilities and participate in programs corresponding to their gender identities. Thomasson appeared along with the Transgender Law Center's Masen Davis, a transgender male. At the end of the segment, Thomasson told Davis and host Brooke Baldwin, “Hey, good to talk to you ladies.”

Appearing on the August 13 edition of CNN Newsroom, Thomasson, president of the anti-LGBT hate group Save California, peddled standard transphobic tropes about “sexually confused” transgender individuals, before closing with his snide remark:

Such mean-spiritedness has been a hallmark of Thomasson's work, so it is unclear why CNN saw fit to grant him a platform to spew his hatred. Thomasson routinely employs apocalyptic, hysterical rhetoric to denounce the LGBT movement. He has:

Now Larry King was saying he was homosexual but he also was a cross-dresser and he had a bad teacher who actually got him a girl's dress and taught him how to put makeup on. And it came out in court that this boy was parading around in makeup and high heels in front of a classmate outside on a bench and the fifteen year-old Larry King was walking back and forth and saying, 'you know you want me, you know you want me.' And there was a lot of anger that another teacher saw on the boy's face who was being taunted, I mean who's harassing whom?

You might think that such views would be safely confined to the lunatic fringe, but in the interests of providing “both sides” in the debate over equality, CNN appears more than happy to provide Thomasson a soapbox.